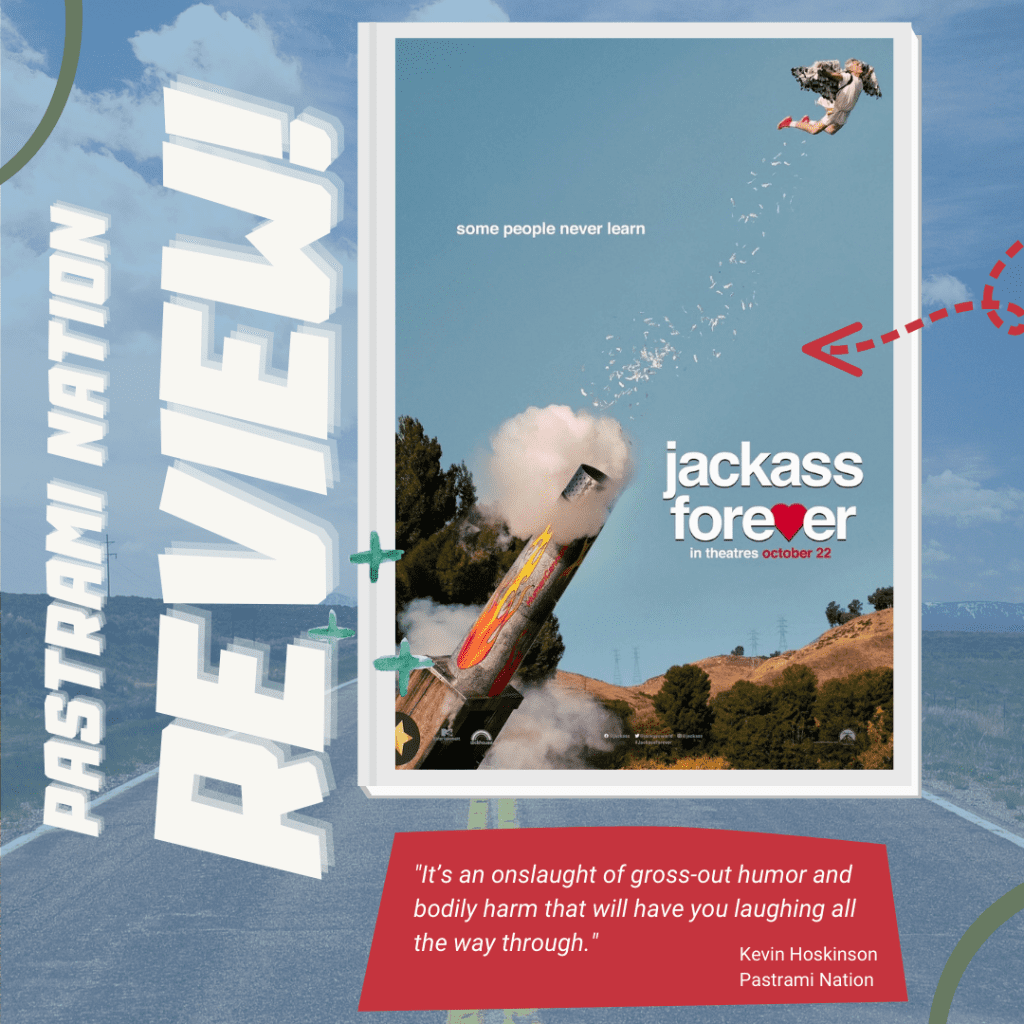 At this point in history, you should know what Jackass is and whether or not it’s for you. The irreverent comedy premiered on MTV in October 2000 and has spawned a successful series of spin-offs and feature films. It has been the subject of both controversy and pure shock as audiences worldwide have witnessed Johnny Knoxville and crew putting themselves in seemingly mortal danger in the name of entertainment. It’s been over twenty years since they began their shenanigans, and now they are back with a new film highlighting more crazy stunts and crazy antics in Jackass Forever.

The cool thing about this review is that we could skip over the plot stuff because there isn’t any to speak of. It bounces from stunt to stunt without any rhyme or reason, and that’s what the series is. If anybody goes into this movie expecting anything but a bunch of people doing stupid things, then I don’t know what to tell you. There are guys being shot out of cannons into the water, a woman getting botox using the sting of a scorpion, and more than a few hits to male private parts. It’s not a high-class comedy, but for these crazy times we are living in, there is nothing wrong with some dumb laughs, and this movie offers that in spades.

While you can watch this type of stuff anywhere on the internet nowadays, it’s the cast of Jackass that keeps us coming back to the series. There is a camaraderie among them that has been consistent throughout the years. It’s a group of people who genuinely care about each other, and you can feel it radiate off of the screen. Something is comforting about seeing them all doing their thing again, especially in a world where many have been apart from their loved ones for too long due to the pandemic. While there are some notable gaps in the crew, namely Bam Margera and Ryan Dunn (due to his tragic passing), they still bring the goods. The new cast members are a lot of fun to be around also, and I wouldn’t mind seeing them continue the tradition made famous over the years in their own version of Jackass.

It’s hard to rate a movie like this. It’s a movie that fans of the franchise will love and others won’t, plain and simple. I, for one, needed a burst of fun, mindless entertainment in my life, and it was precisely that. It’s an onslaught of gross-out humor and bodily harm that will have you laughing all the way through. Your tolerance will vary, but I’m giving it a very high score. Go check it out!