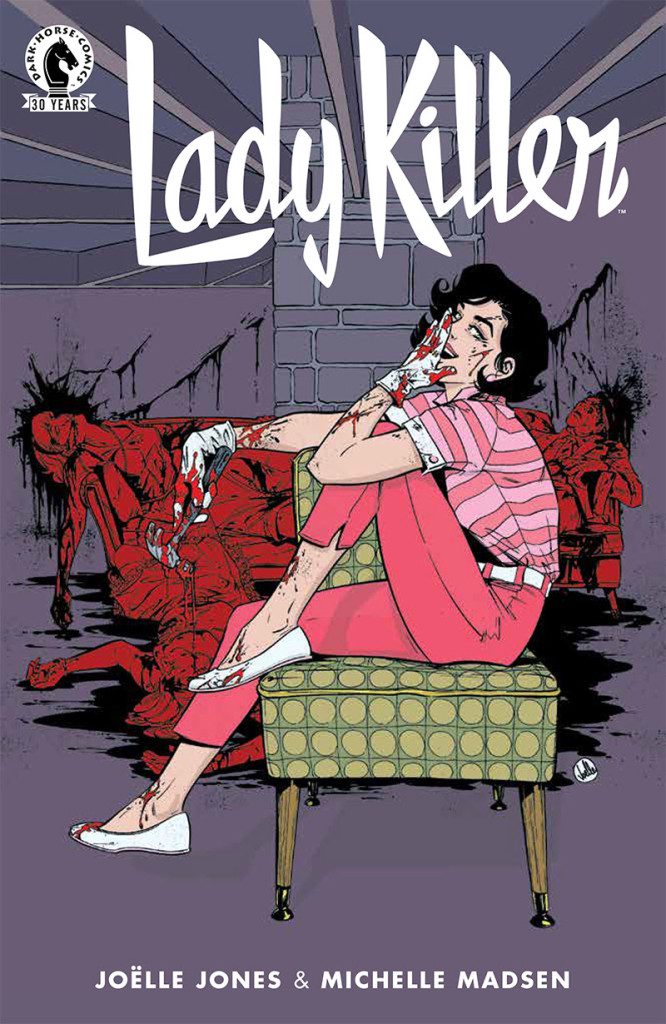 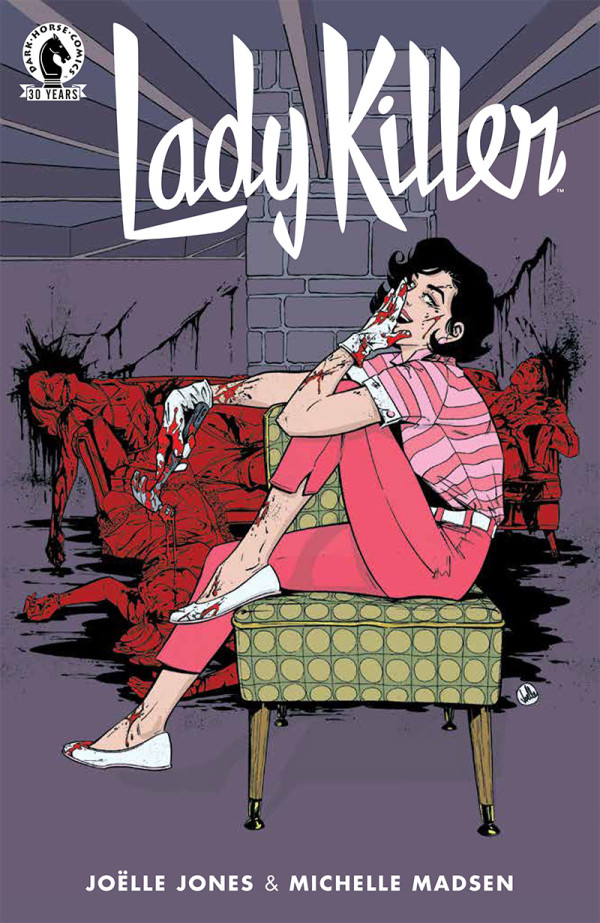 The hit series, Lady Killer, returns for a sequel from Dark Horse

After its original announcement at San Diego Comic-Con 2015, Dark Horse Comics is happy to confirm the release of Lady Killer 2, the long-anticipated sequel to Joëlle Jones’s best-selling series Lady Killer.

The killer housewife is back! The Schuller family has moved to Cocoa Beach, Florida, where life carries on as usual. Josie continues to juggle Tupperware parties, her kids, and a few human heads. However, when someone from her past tails her on a hit, she may be in for more than she bargained for.

“Lady Killer is worth its weight in gold for the art alone, but the enigmatic Josie Schuller is the real appeal.”—Newsarama

“A level of violence that can only be described as Mad Men’s Betty Draper meets Dexter.”—Comic Book Resources

About Joëlle Jones
Joëlle Jones is a comic book artist living in California.  She is best known for her work on Helheim, and the follow up Brides of Helheim the supernatural Viking thriller series written by Cullen Bunn and published by Oni Press.  Currently she is co-writing and drawing a new original series called Lady Killer published by Dark Horse. She has worked on various projects with the New York Times, Graphic Universe, Vertigo, DC, Marvel, Dark Horse and ONI press.

About Michelle Madsen
Michelle Madsen is a colorist whose work has appeared with Dark Horse, DC, and Image Comics.  She is best known for Criminal Macabre: Cal MacDonald, Angel and Faith, X, Buffy the Vampire Slayer, Fear Agent, and The Last Christmas.