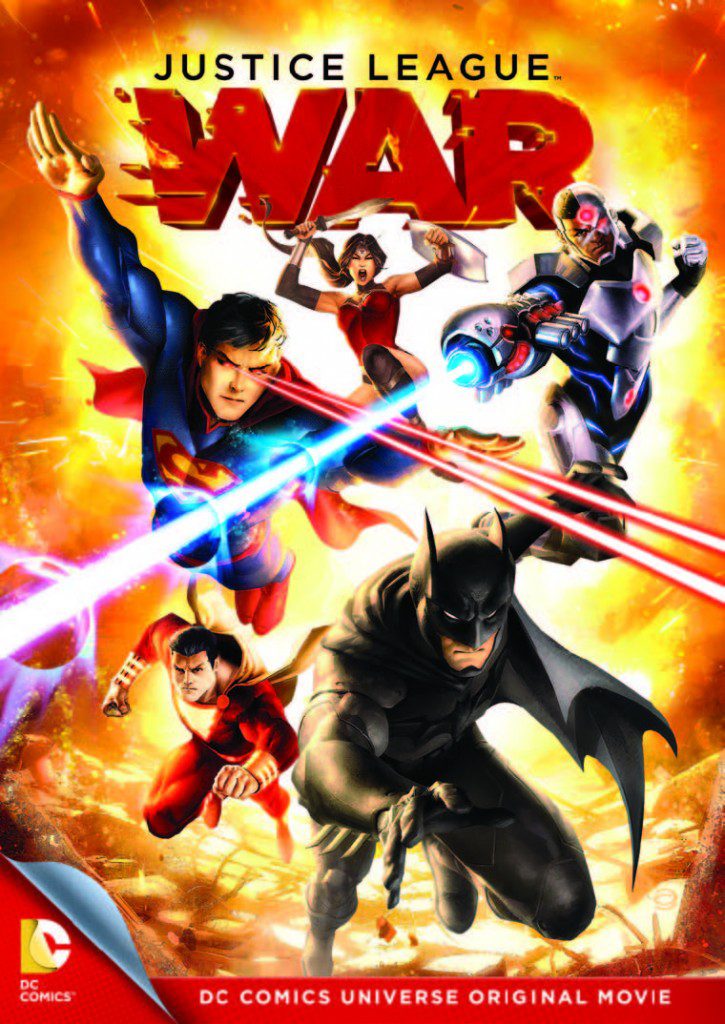 The newest animated feature from DC Entertainment is almost here! Justice League: War is the first film to be firmly planted in the New 52 Universe. New designs, reworked back-stories, but the essence of the characters remain the same. And who else can they fight for this epic film, except the lord of Apokolips himself, Darkseid!!!!

Here is the info on the release, and the first trailer!

When the powerful Darkseid and his massive, relentless forces invade Earth, a group of previously unaligned super heroes – misunderstood and, in some cases, hunted by the authorities – discover the only way to fend off the attack will be to work together as a cohesive unit. Batman, Superman, Wonder Woman, Green Lantern, Flash, Shazam and, in his origin story, Cyborg combine their respective talents in an all-out battle to save the planet. Based on the 2012 graphic novel, “Justice League: Origin,” by Geoff Johns & Jim Lee, JUSTICE LEAGUE: WAR provides a glance into the world before the Justice League was created, and offers the initial animated incarnation of DC Entertainment’s “The New 52.”