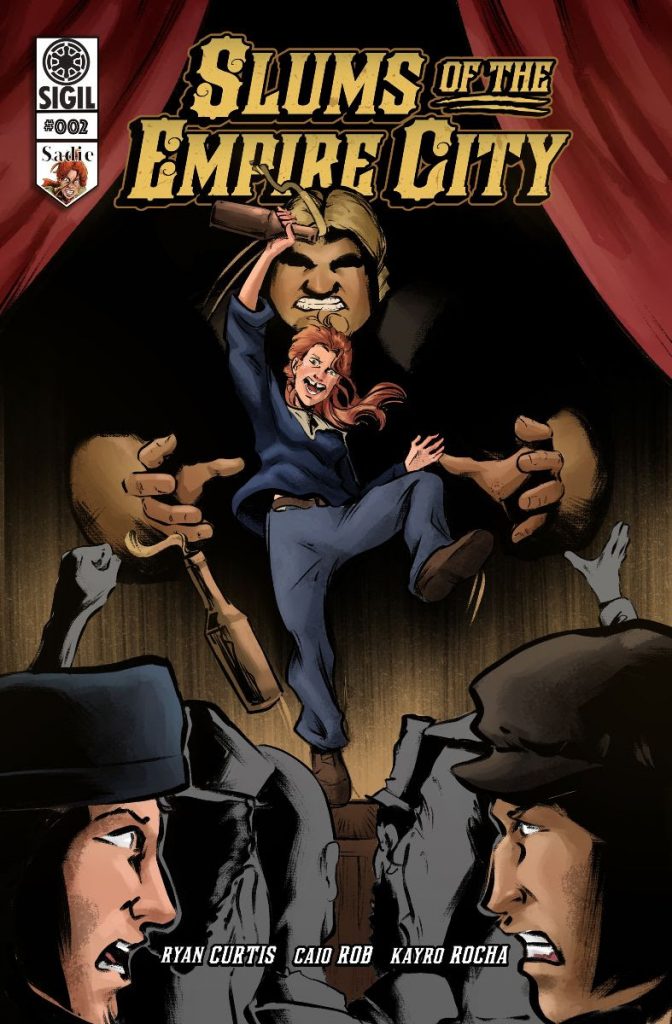 Kickstart Slums of the Empire City

Picture it, the seedy streets of 19th century New York teeming with vagrants, scoundrels and ‘ne’er do wells’ all hell bent on making a buck at any cost, including murder! Based on actual events, Slums of the Empire City, written by renowned Hollywood Visual Effects Supervisor, Ryan Curtis (Superman and Lois, Van Helsing, Lucifer), with art and letters by Brazilian artist and comics creator, Caio ROB (Depois do Fim do Mundo), and colors by Caio ROB and Kayro Rocha, is a suspenseful, disturbing, and often hysterical Crime/Mystery on the everyday life of street criminals.

Sadie the Goat, Dutch Herman and Walt Whitman. They don’t know it yet, but all are tangentially connected to a growing mystery spreading throughout the city. Orphans are going missing, vanishing from right under everyone’s noses. Where are they going, who is taking them, and the most frightening—what is the fate of these children? It’s up to our heroes, the ones who call the streets home, to figure out how to stop this.

“The streets of NYC were chaotic and filthy back then, with faces from all over the world cramped into a few city blocks, all living together trying to capture a piece of that american pie,” said Ryan Curtis. “Our book follows some of these street level criminals as they try to build their empires. From Sadie the Goat who becomes the Last Female pirate of New York to the roguish safecracker Dutch Herman, and his daring escape from Sing-Sing prison—it’s fun pulling from real events and incorporating them into our story. Although there are some things that remain historically accurate, we take license with many things, to create a wild and rockling adventure through the Empire City.”

Get to know the criminal way of life through three distinct points of views. From the filthy back alleys and overcrowded tenements, leading all the way up to top level government offices, Slums of the Empire City, is a mystery and underdog story fans won’t want to miss! The Kickstarter runs out July 29th.

Back the project on Kickstarter HERE.