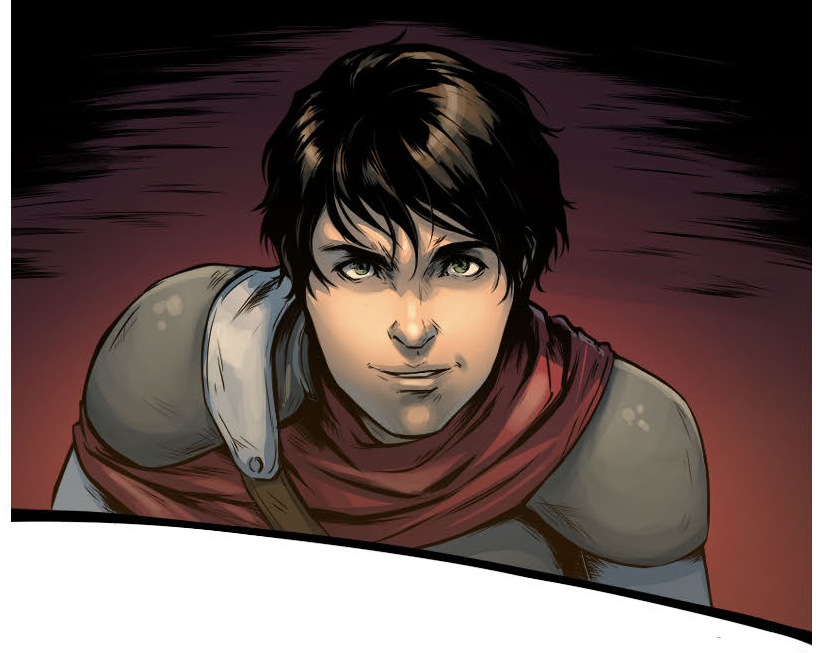 Legendary Comics and WEBTOON, the world’s largest digital comic platform, launched today the original comic series ROB. The re-interpretation of the Robin Hood mythos created for a new generation comes from acclaimed British screenwriter and novelist Richard Dinnick, best known for his work in the revered Doctor Who franchise. Rob is a new and original adventure taking our hero and his band of friends away from the familiar territory of Sherwood and out into a brand new, old world. This thrilling tale is brought to life with art by Magda Price and Miguel Sepulveda, colorist Enrica Eren Angiolini, letterer, and designer Tyler Smith, and is accompanied by an original score from composer Andrew M. Edwards. The first three chapters are now available, with additional chapters debuting every Wednesday. Readers can download the official WEBTOON app by visiting the Apple App Store and Google Play.

Rob is set in a “ren-punk” world far in the future where the Earth’s resources have been plundered. Bows and arrows collide with scavenged modern technology. In a desperate bid to protect his home country of Albion from the devious French Gauls and their invasion plans, Rob, his mentor Sir Dido and her niece, the trainee druid Blondel, embark on a perilous sabotage mission across the English Channel. When this goes horribly wrong and Sir Dido is injured, Rob is forced to take matters into his own hands and risk everything on a quest across his broken and bizarre world to seek a fabled weapon that may not even exist. Rob is joined by friends that those familiar with Robin Hood’s origins in medieval “gestes” will recognize and has deadly and mysterious enemies at his heels. Rob is an exciting roller-coaster adventure into a world strange yet familiar, visually stunning, and creatively astonishing.

“I am delighted that Rob found such a wonderful home at Legendary Comics,” said Dinnick. “It has been a constant joy to work with Robert at Legendary and David at WEBTOON to bring together such a talented group of collaborators. Creating comics is by no means solely about the writer, and I have been blessed by such an excellent editorial team of Nikita and Jann, as well as the amazingly skilled and visionary artists, colorist, and letterer: Magda, Eren, Miguel, and Tyler. All have made Rob a truly incredible and positive experience, and I cannot wait to unleash the exciting and unique ‘Ren-Punk’ world that we have created on an unsuspecting public! If the passion and hard work poured into the project are anything to go by, I believe it’s going to be a huge hit and readers will want to say they were there when it first took off!”

“Legendary has a great working history with Richard from our Lost in Space graphic novel series, and we jumped at the chance to work together again on one of his own original creations,” said Robert Napton, Senior Vice President of Legendary Comics. “Rob is a fun adventure that layers the tale and existence of Robin Hood in a really cool way. With some royal conflicts and dangerous missions to keep you on your toes, the story takes you on a journey far different from the legend that we all know, and we are excited to bring this comic series to such a large audience on WEBTOON.”

“We are happy to continue our partnership with Legendary, one of the publishers that we have worked with longest,” said David Lee, Head of Content at WEBTOON. “We are particularly excited with Rob, as it really embraces the vertical-scrolling format while keeping the heart of traditional comics.”

The WEBTOON app is free to download at the Apple App Store and Google Play.