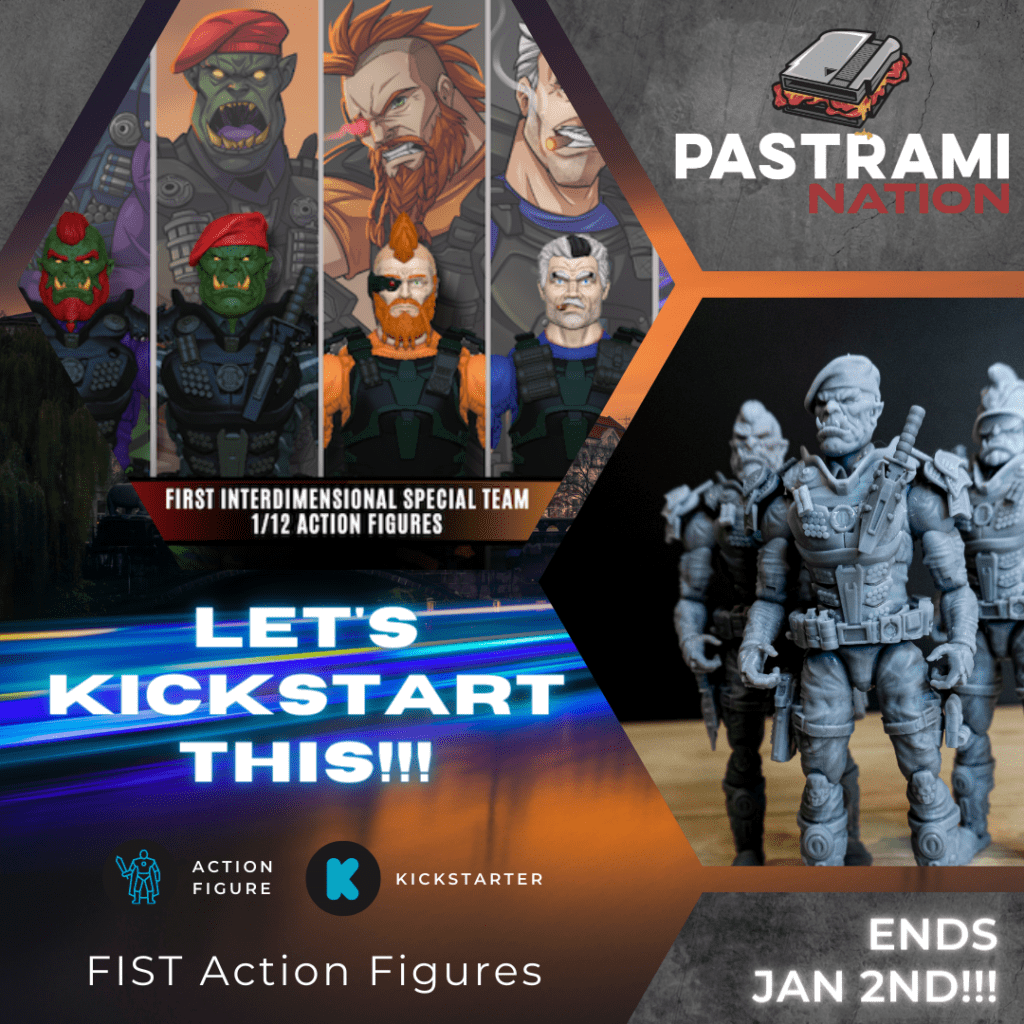 The crowdfunding world is always helping bring new action figure lines to life, and today we check out one that needs to become a reality: FIST!

Taking inspiration from the best of science fiction and fantasy. Doman Art Collectibles in alliance with IP Imaginarte (Toy Factory) bring to you a refreshing new line of action figures. FIST action figures will be produced in Colombia for worldwide distribution, so be sure to back this!

FIST (First Interdimentional Special Team) is a line of action figures, with the intention of expanding the universe around them. Orcs and humans, will initially be the protagonists of this line, but with your help in the following seasons (Waves) we will have more species, subgroups, vehicles and much more.

Each figure includes the accessories shown in the photos (including a removable vest) and 25 points of articulation!

In the box will come a postcard containing the story of each character. The first season (Wave 1) will feature 6 fixed figures, 6 unlockable goal figures (Season – Wave 2) and one (1) exclusive Kickstarter figure.

CHECK IT OUT HERE