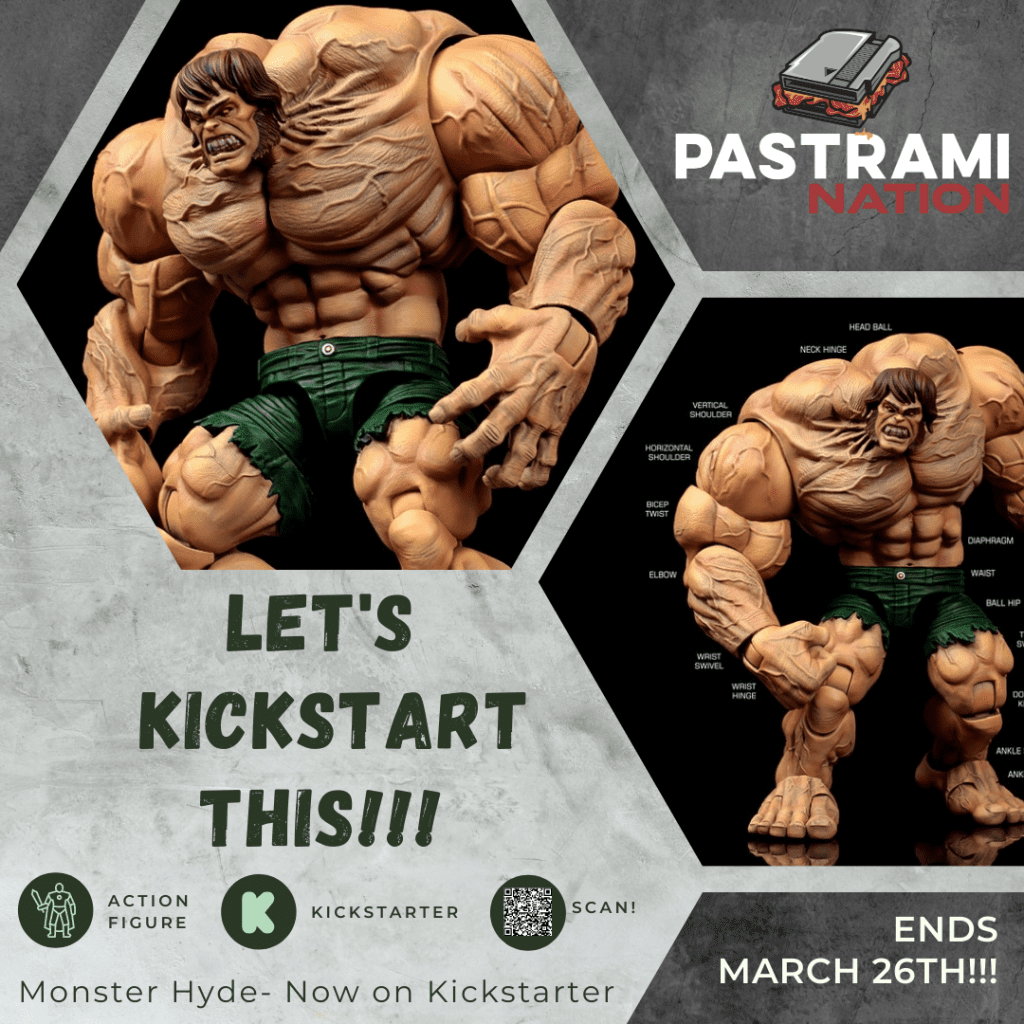 It has been a long time, hasn’t it? We haven’t had a Kickstarter spotlight in a long time! Well, that changes today as I dust off the old spotlight and shine it down on an amazing, deserving crowdfunding project on Kickstarter. For this spotlight, we turn to the world of action figures with a massive Monster Hyde from LooseCollector.

Here is some info directly from their Kickstarter campaign:

MONSTER HYDE is the very first figure in “The Crypt” toyline by LooseCollector Collectibles.

ORIGIN OF THE MONSTER -London, England, 1862. Sole heir of the Jekyll estates, Lord William Jekyll uncovered the chilling secrets of his late, estranged father, Dr. Henry Jekyll. Intending to use the powers of the forbidden serum for personal gain, Lord Jekyll released unimaginable evil, permanently transforming himself into an even more sinister and destructive incarnation of the terrifying monster, HYDE!

THE CRYPT TOYLINE – All figures in this line will come in 6-inch scale and will feature some of the world’s most legendary monsters and supernatural beings, re-imagined and done in the raw and unbridled, LooseCollector style.

They will display perfectly with your Marvel Legends, DC Icons, Mortal Kombat, Spawn, Coffin Comics, and other 6″ and 7″ scale action figures!

This looks like an amazing action figure, with tons of potential. From having a Hyde to battle your Marvel Legends, to Hyde fitting in for a League of Extraordinary Gentleman display, to customizing the hulking body to anything you want (Hulk and Pitt immediately come to mind). I am really looking forward to this one. Help make this project a reality and support it today! Click HERE to check it out!!!