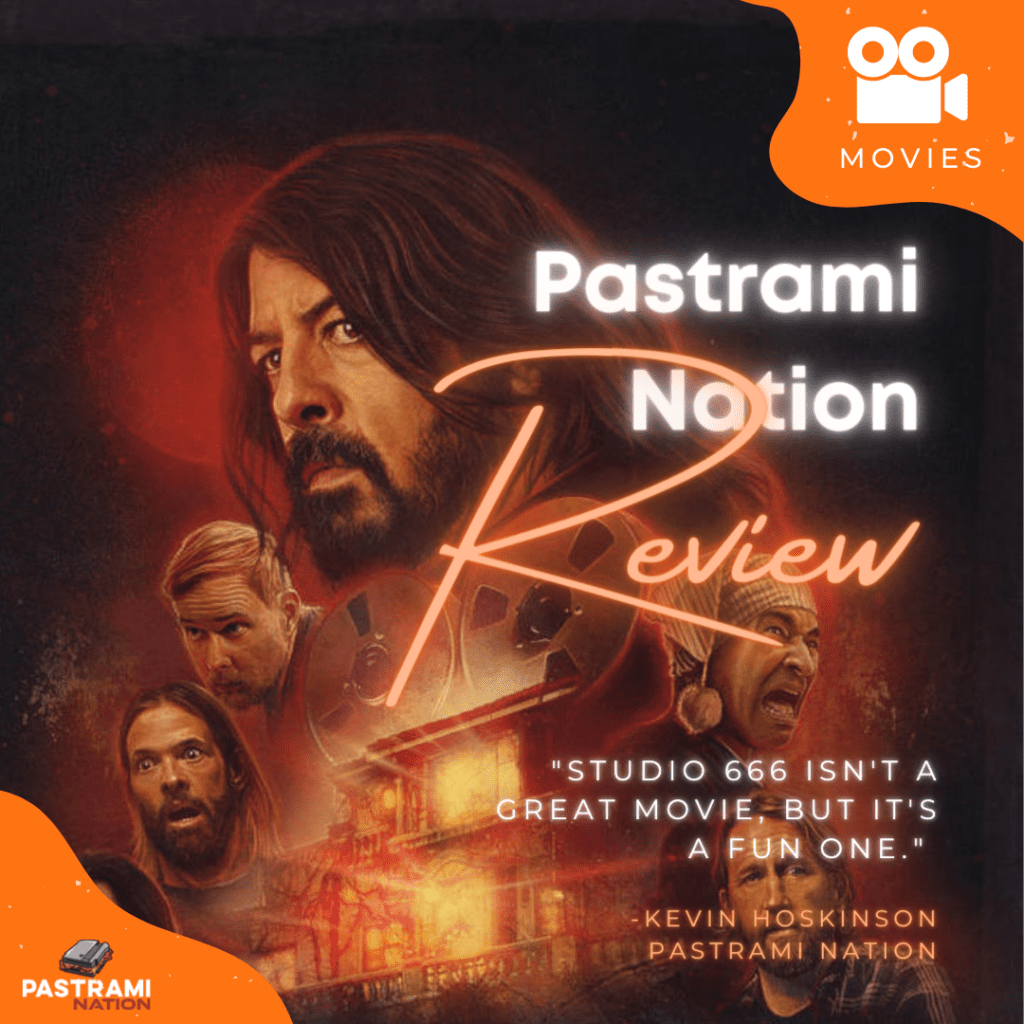 Before I get into it, I want to say a couple of things up front. The most important thing is that I absolutely adore the Foo Fighters. For those of you (somehow)

unfamiliar, let’s quickly get up to speed. With the tragic passing of Kurt Cobain, the band Nirvana was no more, and drummer Dave Grohl set out to create something new. In 1995, the self-titled album Foo Fighters was released, and the rest is history. What started as a solo effort with Grohl recording every instrument and vocals became a full-fledged rock band consisting of Grohl, Taylor Hawkins, Nate Mendel, Pat Smear, Chris Shiflett, and Rami Jaffee. Not only are these names vital to the success of the band, but they are also in this film, which we will get to in a minute.

The other thing worth mentioning is that going into this movie, you should know what you are going to get. If you saw any of the promotional material, it’s not hard to decipher the quality of movie and performances you signed up for going into it. Being familiar with the band and their association with an act such as Tenacious D, it wasn’t out of the realm of possibility that this would be very much like The Pick Of Destiny. This looked to be the opposite side of the same coin, with that film being a comedy and this one being horror.

So how is the band’s first foray into the world of film? Well, it’s hard to judge for a movie that’s made to be bad on purpose. The story revolves around the guys getting ready to record their tenth album, and they want to create something epic to celebrate the milestone. At the urging of their manager Jeremy Shill (Jeff Garlin), the guys rent out an abandoned mansion to create their masterpiece. Grohl becomes obsessed with the place, and the other members reluctantly agree to stay for a few weeks to record their album. As Dave becomes more and more obsessed with the house, sinister forces wreak havoc, and the group finds themselves fighting for survival.

This low-budget horror film pays homage to classics like Evil Dead and Halloween (it even has a great theme song written by John Carpenter!). It’s super bloody with some of the most original and fun kills seen on screen in a long time. The supporting cast is terrific, namely up and coming scream queen Jenna Ortega, Whitney Cummings, and Will Forte. The chemistry between the band members is beautiful, they have been friends for a long time, and it shows. The scenes where they are just rocking out together are pure fire, and I could have watched that all day.

So far, so good, right? Well, let’s slam the brakes because this is where I’m going to talk about what didn’t work. Are you ready? Ok. This is a two-hour movie, and it feels FAR too long. There are moments of humor that were supposed to land but just fall flat on their face, and cutting them might have helped. It lingers on moments for much longer than needed. In other words, some tighter editing could have helped make it shorter. A movie like this works better at a tight 90 minutes, and it could have easily benefited from it.

Another thing is that the main cast are not actors.. at all. Dave Grohl is charismatic as heck and demands your attention while on screen, but that doesn’t translate to a great performance. The rest of the band feel awkward and stiff, but I have to give them credit for the effort. If you have seen any videos from the band, you know that they are fun to watch, but I would honestly suggest sticking with those if you want to see their personalities shine through.

Studio 666 isn’t a great movie, but it’s a fun one. It could be one of those who needs at least one more watch to truly appreciate it, and I plan to do that at some point. If you are a fan of the band, you might find something to appreciate here, but if you aren’t, it might not do anything for you. Now let’s all lean in for a Pearl Jam high five!