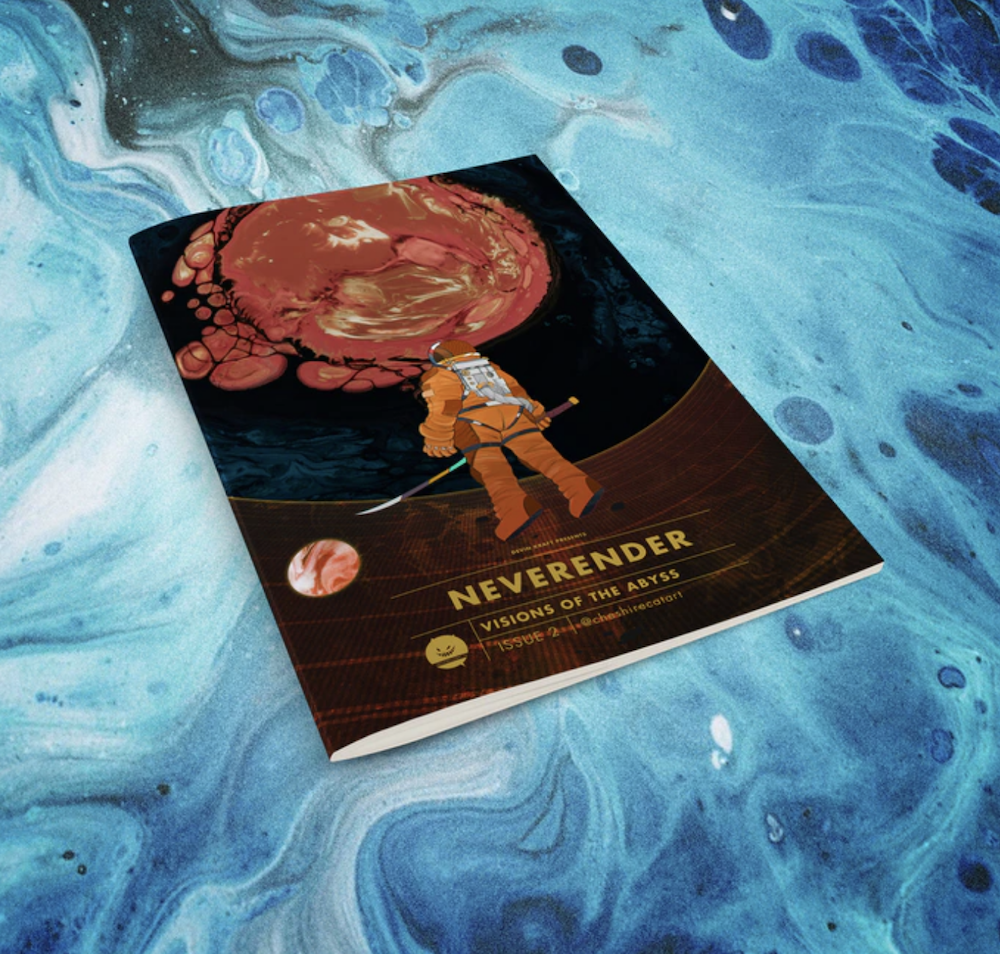 Are you ready? Because it is time to dive back into the world of crowdfunding and shine the light down on a deserving project. It is time for another installment of Let’s Kickstart This! This time, we go back to one of my favorite Kickstarter project creators as Devin Kraft looks to bring the world the second issue of Neverender!

Check it out HERE!

Here is the info straight from the Kickstarter page:

In the future, accelerants are powerful enough to not only lift any material off of a planet, but interstellar travel is reasonably viable. An authoritarian regime unites a spread out mankind through a mix of military control, nationalism, and entertainment.

Merrick, an earthborn punk finds himself in the middle of a complicated political game as he joins the Universal Defense League – an entertainment program about a one on one fight to the death, where astronauts must simply get one good shot in on their opponents suit to win.

The rules are simple:

The Duel Must Be Agreed Upon by Both Crows

A Time and Place Must Also Be Agreed Upon

Both Duelists Must Acknowledge Each Other

Only Two Crows May Duel at a Time

A Crow Must Have Direct Contact to His Weapon

Once the Kill is Confirmed the Match is Over

Growing up the slums of an earthlike planet have given him exceptional reflexes, but can he compete in zero gravity?

From the creator of Dragon Slayer and Silence comes a 50+ page black and white comic about surviving space’s grand expanse.

I have personally backed a number of projects from Kraft through the years, and he always delivers an amazing product! I loved his Dragon Slayer and Silence, and Neverender Issue 1 is on my list to read this week! Back with confidence and help this book come to life!

You can find it on Kickstarter HERE.