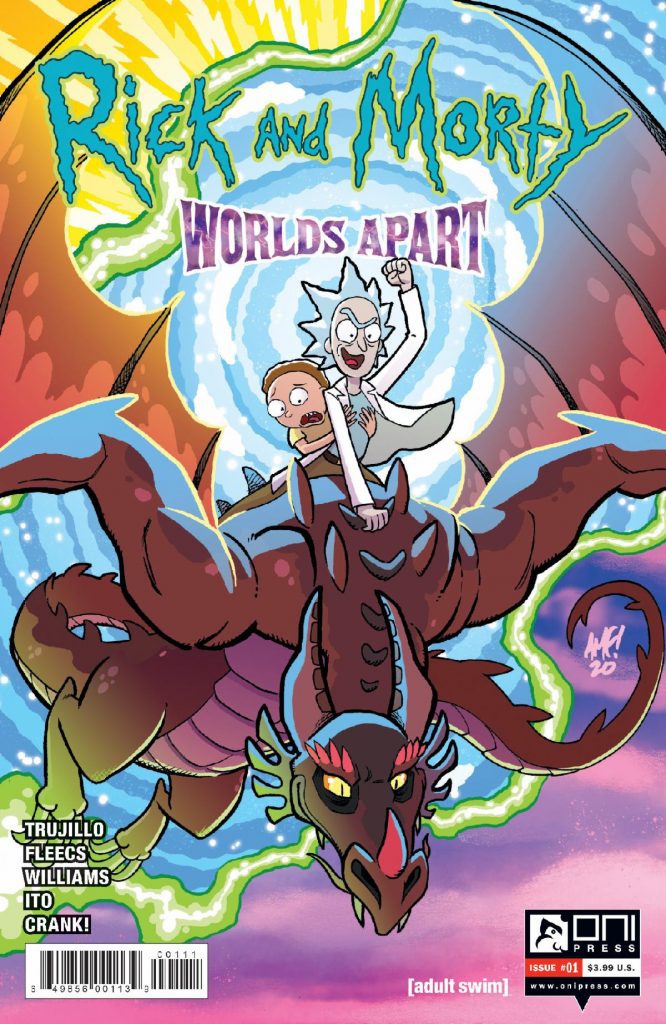 The Oni-Lion Forge Publishing Group is pleased to announce the upcoming launch of a brand-new Rick and Morty™ miniseries— Rick and Morty™: Worlds Apart, coming February 2021.

Based on the hit series and Emmy-winning fourth season of Adult Swim’s Rick and Morty™, it’s going to get crazy for the Smiths and Rick Sanchez as new favorite characters collide in Rick and Morty: Worlds Apart. Catch the outrageous Balthromaw and his band of dragon adventurers in an all-new, tantalizing adventure where only Morty can save them. And when Teddy Rick shows up and ruins Rick’s ultimate vacation plan, no one is safe!

“Rick and Morty™: Worlds Apart is one of the wildest stories we’ve told yet.” says Senior Editor, Licensing, Robert Meyers. The four-part miniseries will feature the creative team of Josh Trujillo, Tony Fleecs, Jarrett Williams, Leonardo Ito, and Crank! ”bringing it all to life, including perhaps the kinkiest team of super-villains to ever grace a comic-book page!”

And it all started where other great Rick and Morty™ things have started, as the creative team took a trip behind the scenes. “Josh Trujillo was able to visit the Rick and Morty™ writers room to get inside information on the fan-favorite characters from season four of the hit show.”