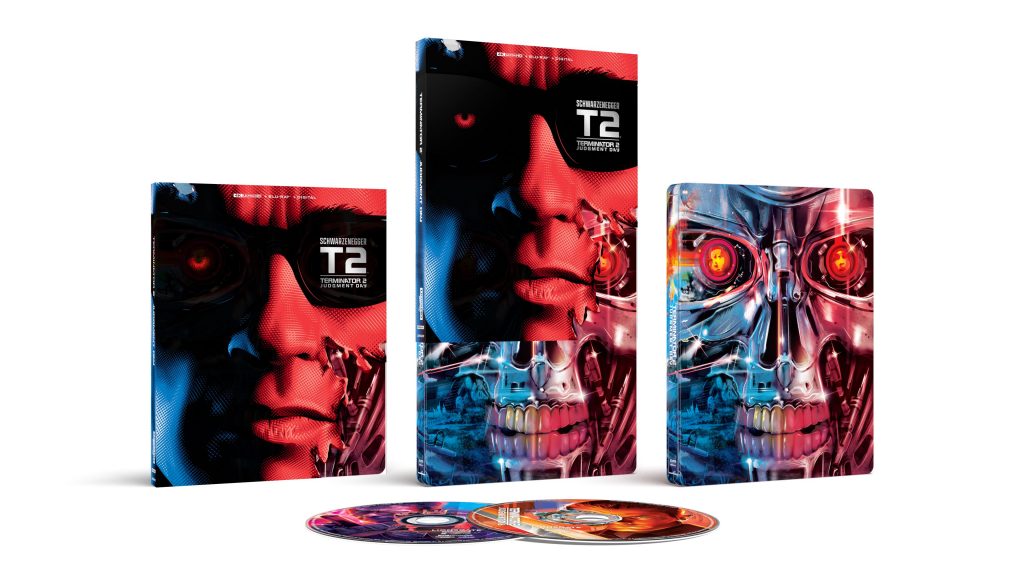 From visionary director James Cameron and iconic action star Arnold Schwarzenegger comes the 30th-anniversary release of TERMINATOR 2: JUDGEMENT DAY. Stunningly restored for modern viewers by Cameron himself, T2 arrives November 23rd on 4K Ultra HD™ Steelbook from Lionsgate, exclusively at Best Buy. It has been 10 years since the events of Terminator. Sarah Connor’s ordeal is only just beginning as she struggles to protect her son, John — the future leader of the human resistance against the machines — from a new Terminator, sent back in time to eliminate him while he’s still a child. Sarah and John don’t have to face this terrifying threat alone, however. The human resistance has managed to send them an ally, a warrior from the future ordered to protect John Connor at any cost. The battle for tomorrow has begun. Featuring all new artwork from artist Orlando Arocena and Tracie Ching, T2 will be available on 4K Ultra HD™ Steelbook at Best Buy for the suggested retail price of $27.99.