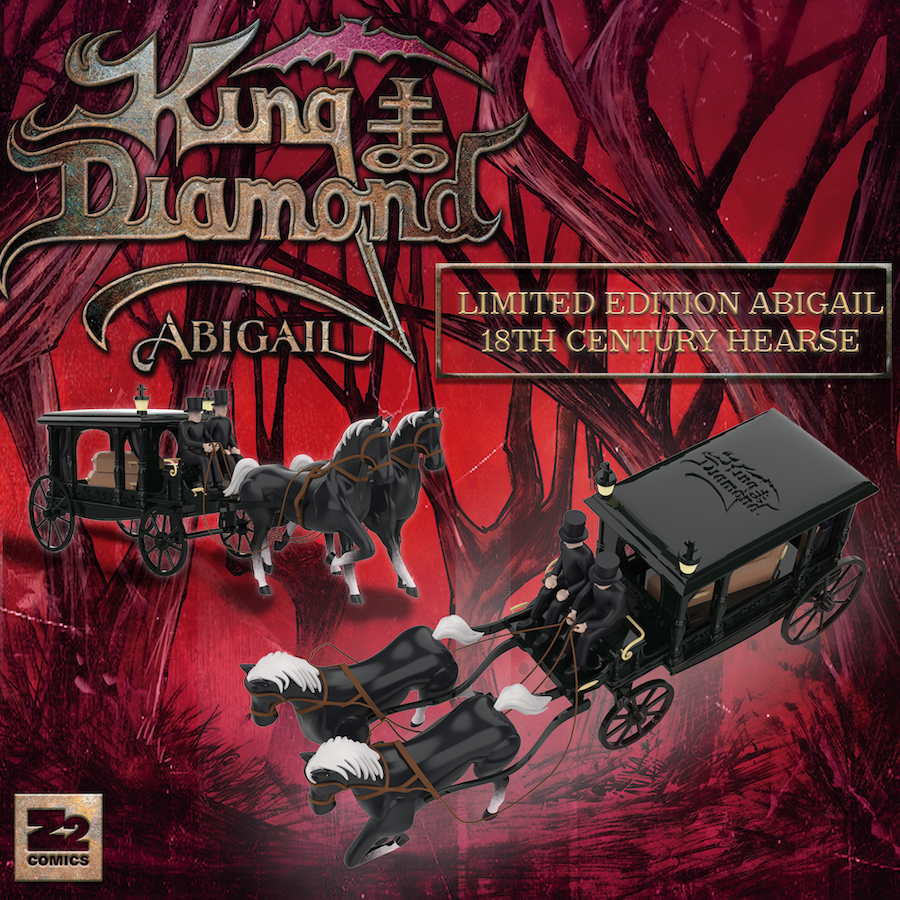 Z2 Comics, the leader in music-inspired graphic novels, and legendary metal trailblazer King Diamond have announced a Platinum Edition Bundle of Abigail, the previously announced graphic novelization of the iconic 1987 album. The Abigail Platinum Edition Bundle includes a 15-inch long model of the 18th-century hearse featured on the cover art from Studio Dzyan’s Torbjörn Jörgensen and Thomas Holm—representing the titular Black Horsemen from the album’s ninth and final track.

“Watching Abigail possess a new medium has been a huge thrill,” King Diamond says. “The new hearse toy is the perfect touch to usher this project into your home.”

King Diamond’s Abigail recounts the story of  Miriam Natias and Jonathan La Fey, a couple who inherit a family mansion in 1845. Unfortunately, their new homestead is inhabited by the ghost of a mummified infant adamant on reclaiming its life.

“The haunted image of the horse-drawn hearse on the cover of King Diamond’s Abigail album is as iconic as the songs contained within it,” Z2 Senior Editor Rantz Hoseley explains. “It’s an image that drips with an atmosphere and dread so tangible it almost has a physical form. We are proud to ensure this legendary image has been faithfully and artfully captured into this collectible, as the coachmen drive the hearse into the darkest night with the coffins of Abigail and her mother.”

• an oversized hardcover deluxe version of the graphic novel

King Diamond’s Abigail, The Limited Edition Abigail 18th Century Hearse and the Platinum bundle are both available on the Z2 Comics webstore.