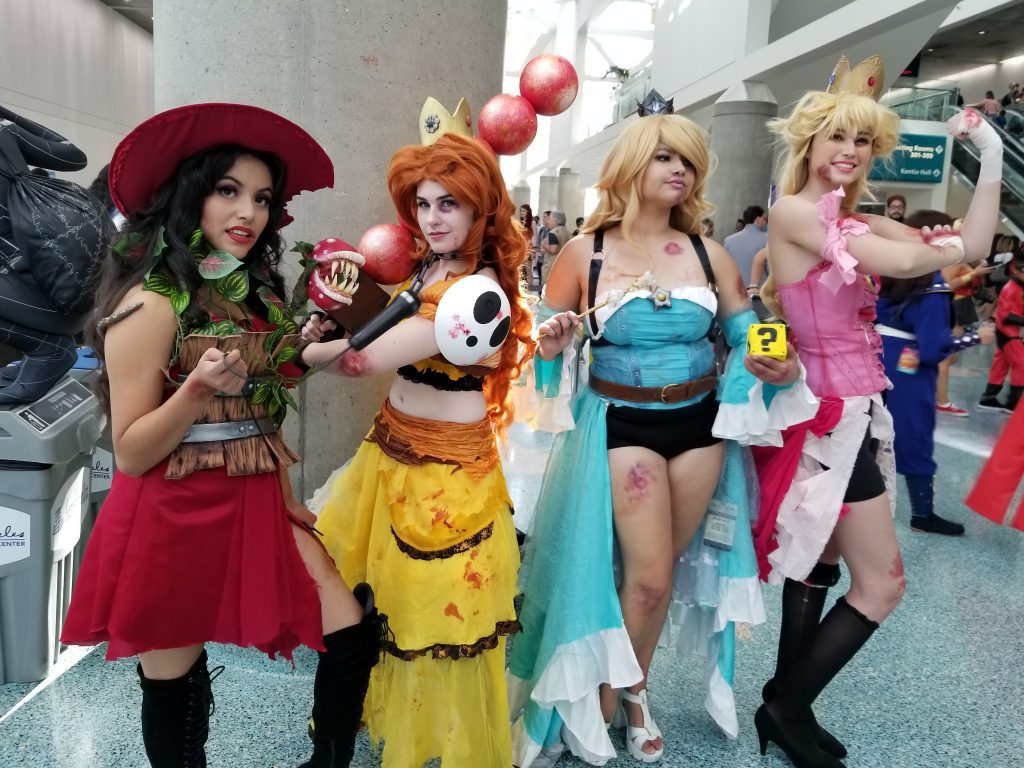 The busy October weekend played host to quite a few events in Los Angeles, from the World Series, NHL and NBA games held next door to the convention center at the Staples Center, as well as the Rock and Roll Hall of Fame marathon. That didn’t stop fans by the thousands who flocked to LA for the premier comic convention for the city.

The show boasted an improved layout of the exhibit hall floor, which helped fans to maximize their times and spend less time walking in shoulder-to-shoulder crowds. The vendors were an eclectic mix of comic books, collectibles, artists, writers, celebrities, cosplayers and more. Major standouts include the ever popular Hot Topic booth, which boasted a host of exclusive Funko Pop figures. Toynami had a mix of products ranging from Robotech to the super detailed Acid Rain collectibles. Bluefin Brands had a major presence as well, being the U.S. distributor to brands such as Tamashii Nation, Storm Collectibles and more. Artist alley was also packed as fans looked for artwork that grabbed their imagination and attention.

One part of this show which I have only seen at the LA Comic Con has to be the main stage. Having a stage centered to the back of the exhibit hall has allowed for interviews and events to take place on stage, garnering in con-goers shopping nearby. This year, I saw an interview with CW’s Arrow actress Katie Cassidy on the main stage- which brought in fans as well as had a devoted area to those that wanted to be closer to the pop icon.  It’s a smart move, and this year worked better than I have seen before. I have attended this convention since it first began, and this show shined as the most polished version of the con.

For its eighth year, the Los Angeles Comic Con has continued to grow and evolve in all of the right ways. So does Los Angeles: with the new structures that have been completed in recent years near the convention center, it has opened up parking nearby, which has always been a problem. I had a blast at this convention, as it is steadily climbing the ladder of “best comic cons in Southern California.”

Visit ComicConLa.com for more information as the con is set to return next October.