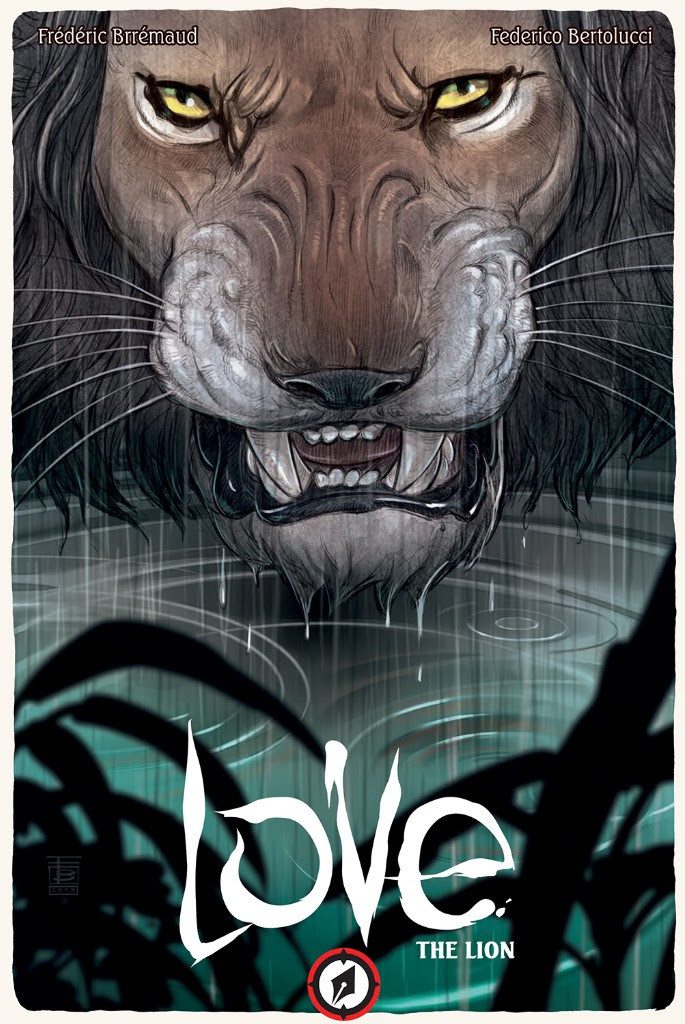 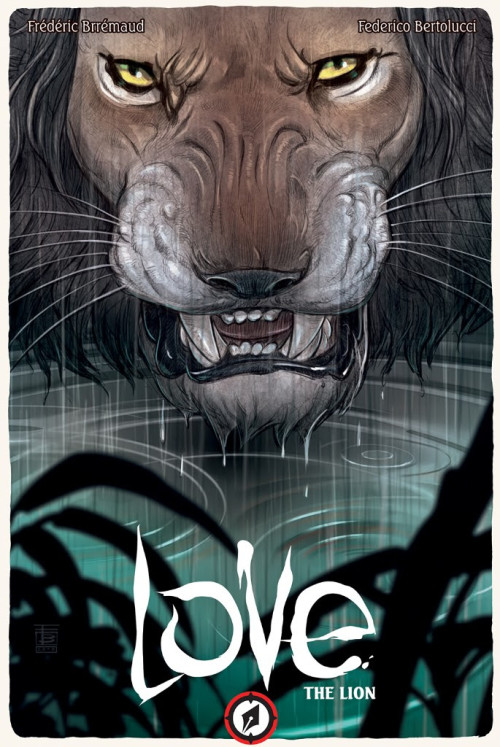 Magnetic Press ushers in a heatwave of releases for the summer 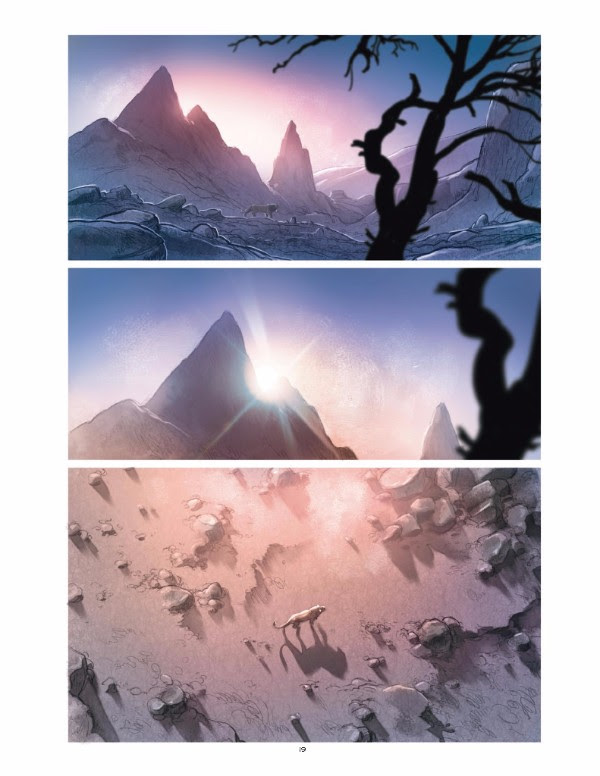 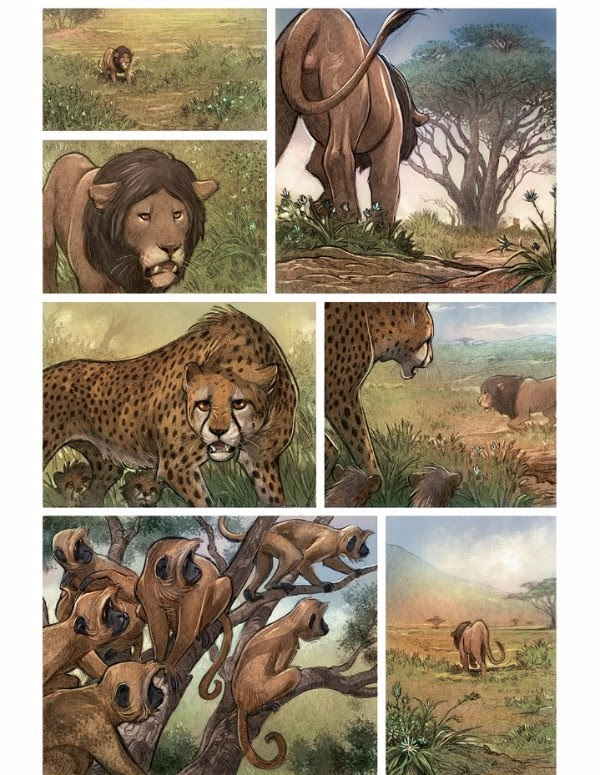 The third volume in the lavishly illustrated, award-winning series of wildlife graphic novels, each depicting a day in the life of different wild animals, told through the dramatic lens of Disney-esque storytelling, like a nature documentary in illustration. Love: The Lion, written by Frederic Brremaud, is told without narration or dialogue, conveyed entirely through the beautiful illustrations of Federico Bertolucci.

A young lion wanders the Serengeti in search of a pride to call his own. But being alone, he is watched with cautious eyes by those families he encounters along the way, including a coalition of rival males in search of their own pride to conquer.  So the nomad searches patiently, waiting for the opportunity to claim his territory and find a new family. But loneliness can breed ferocity… 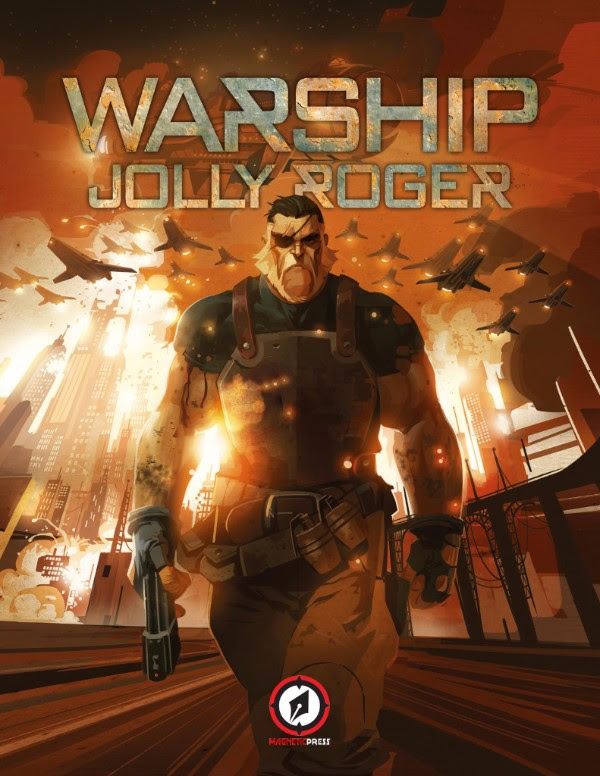 An envelope-pushing sci-fi tale of space pirates and political intrigue is, WARSHIP JOLLY ROGER is written by Sylvain Runberg, with stunning artwork by master illustrator Miquel Montllo, mixing the the emotional depth and excitement of sci-fi favorites such as “Battlestar Galactica” and “Starship Troopers,” told through an unforgettably innovative visual style. 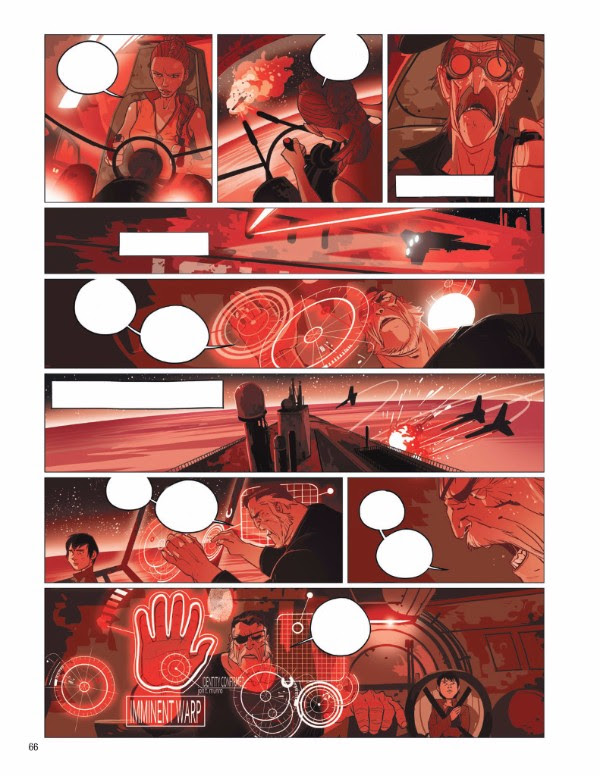 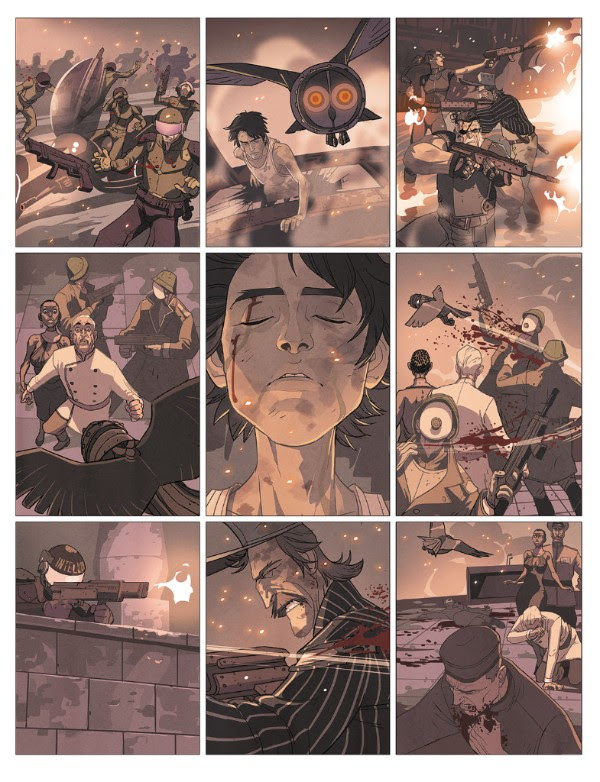 In a gritty, star-spanning future, where mankind has colonized planets throughout the galaxy, former Confederation Commander Jon T. Munro was serving a life sentence for a war crime he was forced to commit. When a prison break runs amok, however, he seizes the opportunity to escape with a ragtag team of cons to form a small crew of pirates with one goal in mind: confront those who unjustly made him a pariah.  And the first step in their plan is to steal the notorious battle cruiser he once commanded, the state-of-the-art warship called “The Jolly Roger”. 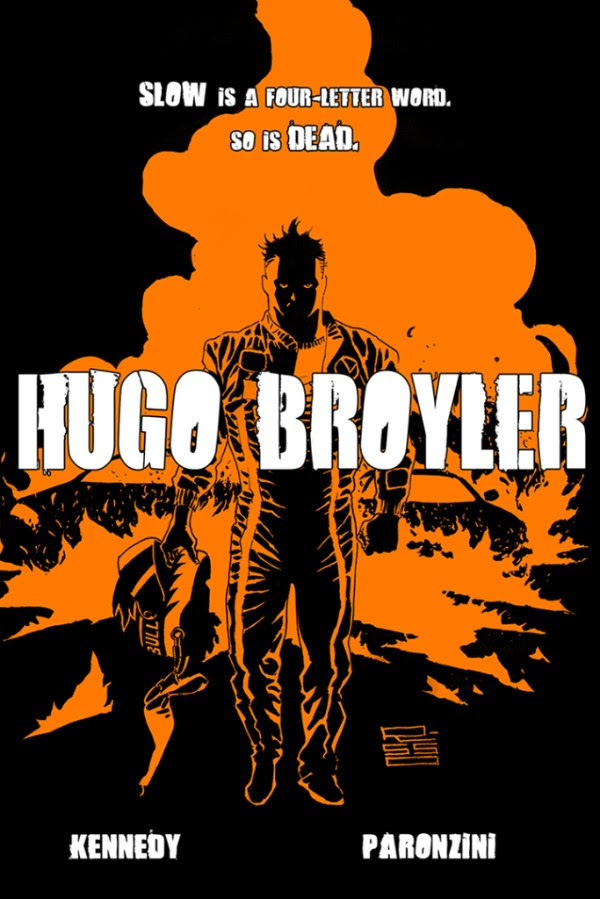 Static-levitation racing has become the most popular — and dangerous — sport of the future, and down-on-his-luck former front-runner Hugo Broyler is about to find out just how dangerous it can be, on and off the track when he takes a transportation gig from a local crimelord. But a rabbit-hole of high-tech political conspiracy leads him to question his own sanity, when he starts to hear the voice of his former rival in his head, coaching him to use psychic powers he never knew — and may or may not actually – have… 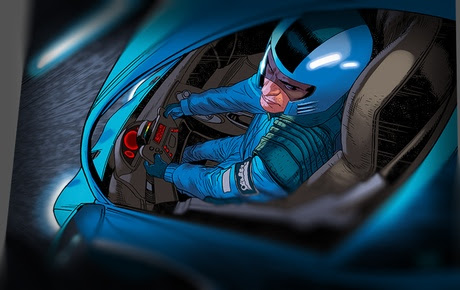 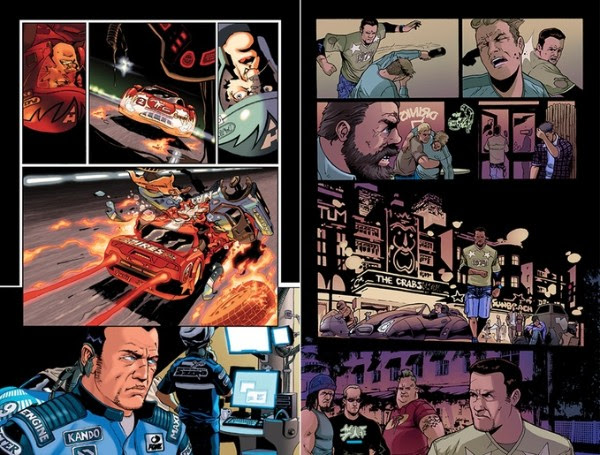 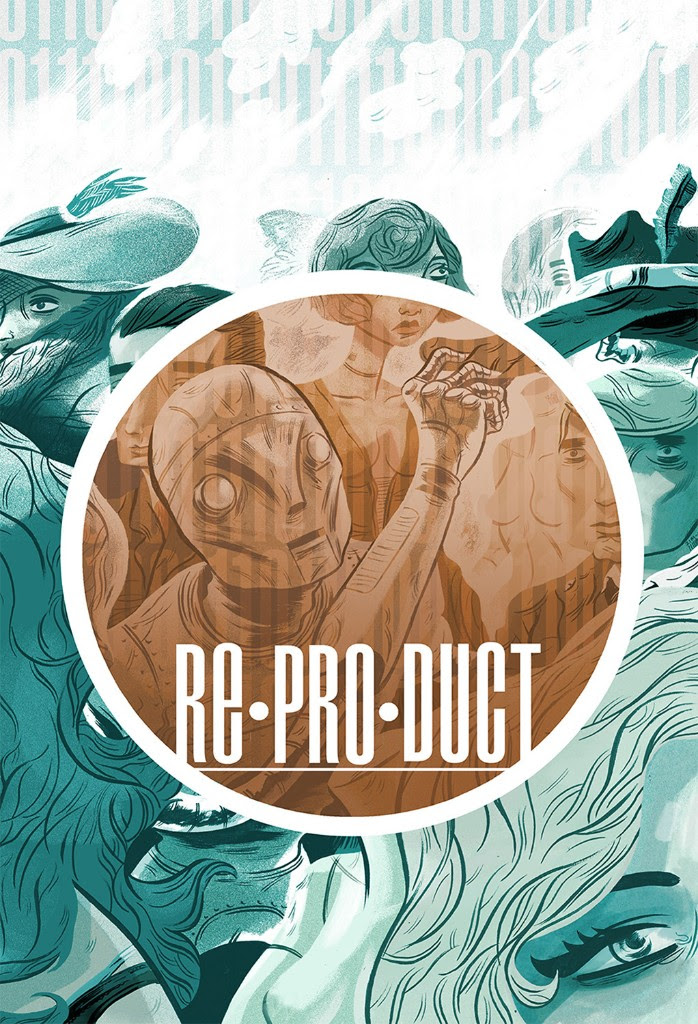 In the future, robots have been legally granted the right to life. Their intelligence is not artificial. It isn’t the best approximation of a personality, but they develop and learn as the rest of us do. Their existence isn’t dominated by wonder, though. They mirror us in all the ways we would want, but also in those ways we wish they wouldn’t, often behaving like the worst of us.  Welcome to the world of RE*PRO*DUCT. Written by Austin Wilson (Six-barrell Shotgun), and illustrated by Logan Faerber (Oh, Killstrike!). 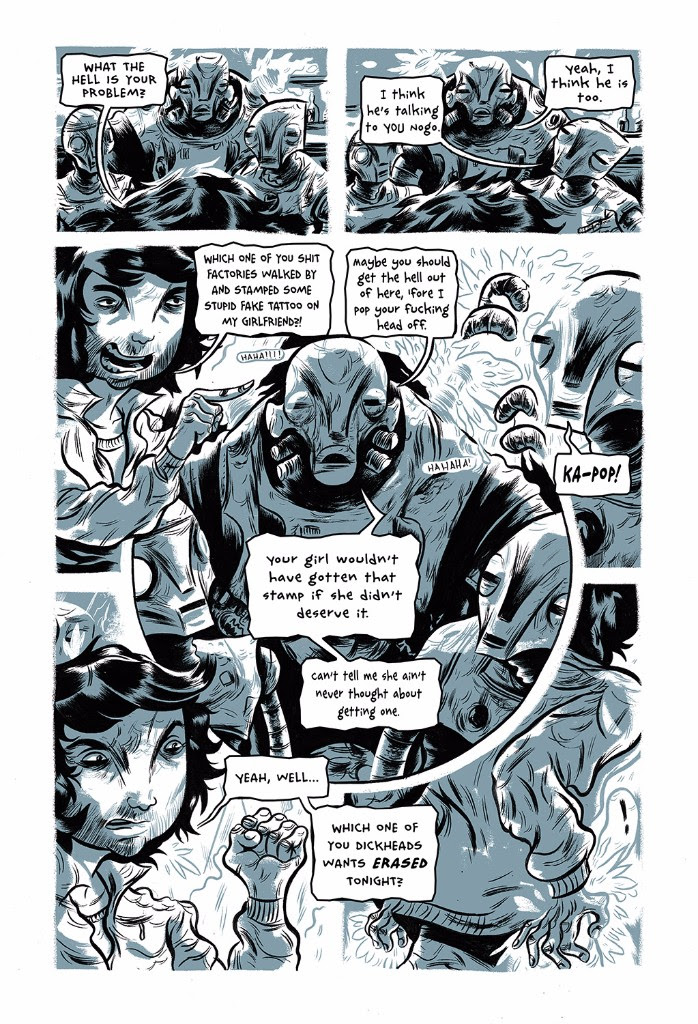 Magnetic Press is a publishing label built to help creators from around the world share their stories with an English-language/North American market.  With decades of experience producing and releasing award-winning material for companies such as Archaia, Dark Horse, DC Entertainment, Boom! Studios, EA Games, Lucasfilm, and more, Magnetic Press re-defines the relationship between creator, publisher, and reader. For more information, visit our website at www.Magnetic-Press.com