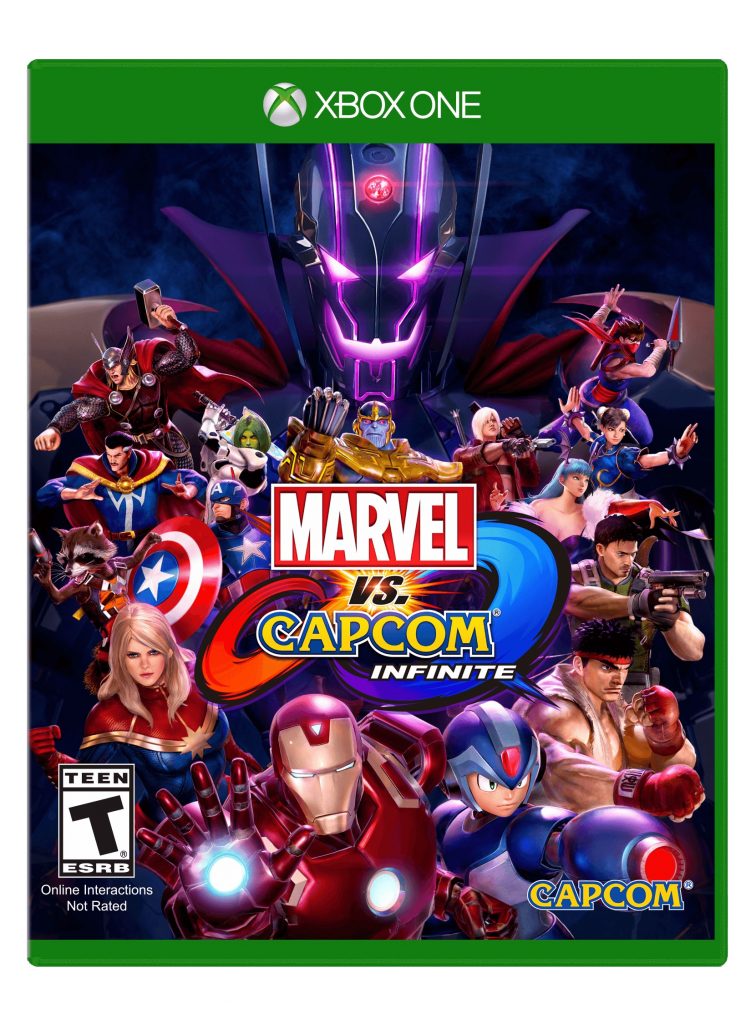 Marvel Vs. Capcom: Infinite Review- The Battle of Two Worlds

Marvel Vs. Capcom: Infinite Brings the Fight to 2017

When it comes to video games, my favorite genre is easily fighters. From Street Fighter to Mortal Kombat, to Primal Rage, Killer Instinct, Tekken, King of Fighters, and more, I have loved the genre since I was a kid. One of my favorite series has been the Marvel Vs. Capcom series. Now, we get the fourth entry, with the ominous title of Marvel Vs. Capcom: Infinite.

The roster boasts 30 unique fighters from across Capcom and Marvel’s varying universes. That number is a little thin when you compare it to Marvel Vs. Capcom 3, but downloadable content is already confirmed with new characters set to join the fight. Players can choose from Marvel mainstays like Spider-Man, Captain America, Thor and Hulk among more. For Capcom, we get the first appearance of Mega Man X, who is joined by Ryu, Chun Li, Chris Redfield, Frank West and more. It’s a roster that is very similar to previous entries in the series, which has some fans in an uproar.

When you look at the gameplay, the main differences are the ease of controls and the changes from 3v3 to 2v2. Combos and super moves have been simplified, which allows for newcomers to jump right into the fray. The move sets are still familiar to those used to the series, but combos are now far easier to achieve. For each fight, you can pick two fighters and switch them out on the fly. The gameplay mechanics feels fluid, and feels like home to fans of the fighting genre.

Game modes including story mode, arcade, versus, training, and more. I have one major gripe, that being with the arcade mode. The main reason I enjoy arcade mode is to unlock character specific endings. After reaching the final boss of Ultron Sigma, which was a challenging and fun bout, I realized that the only ending I get is the end credits. This really reduces the replay value for me, as I usually try to unlock all endings in a fighting game. The story mode is enjoyable, and introduces a few characters that have been revealed as DLC, but doesn’t feel the void left by the lack of arcade endings.

I have been awaiting this title for quite some time, and for the most part, I am not disappointed. The graphics here look spectacular, making this a premier fighter on the current generation of systems. With a few spots for improvement, Marvel Vs. Capcom- Infinite is one of the most enjoyable fighting games in recent memory. Now if they could continue to boost the roster and add in arcade endings, this game would be the fighter of the year.