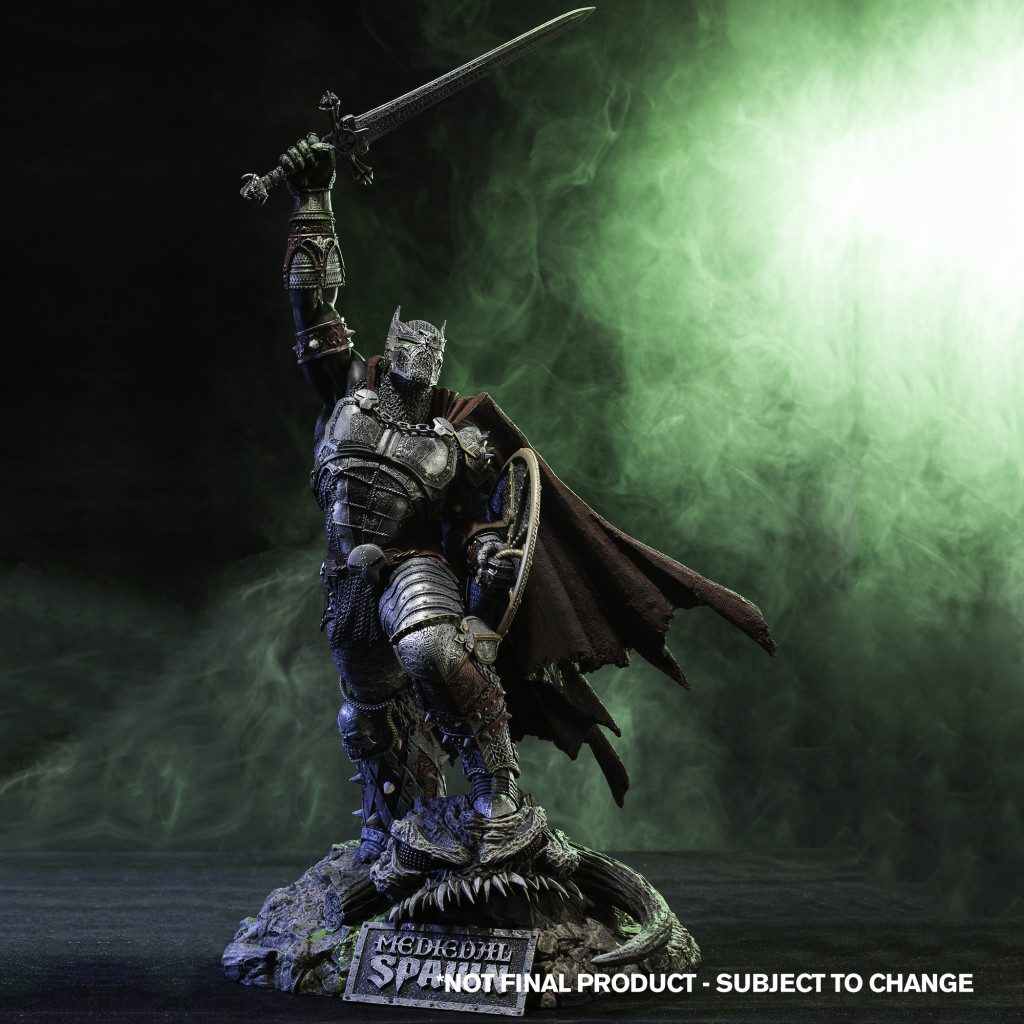 Ripped from the pages of the record breaking Spawn Comic, comes the return of Medieval Spawn ready to destroy all forces of darkness.

This hand painted, stunningly detailed resin statue stands over 17 inches tall, showcasing Medieval Spawn in full glory after his triumph over The Violator. Designed by Todd McFarlane and his McFarlane Toys design group, the grandest Hellspawn of the past 20 years steps out of the Spawn comicbook in this spectacular resin statue.

Each etched illustration on his armor references not only past issues of the Spawn comic book but gives a historical nod to the inaugural Spawn toy line from McFarlane Toys in 1994. 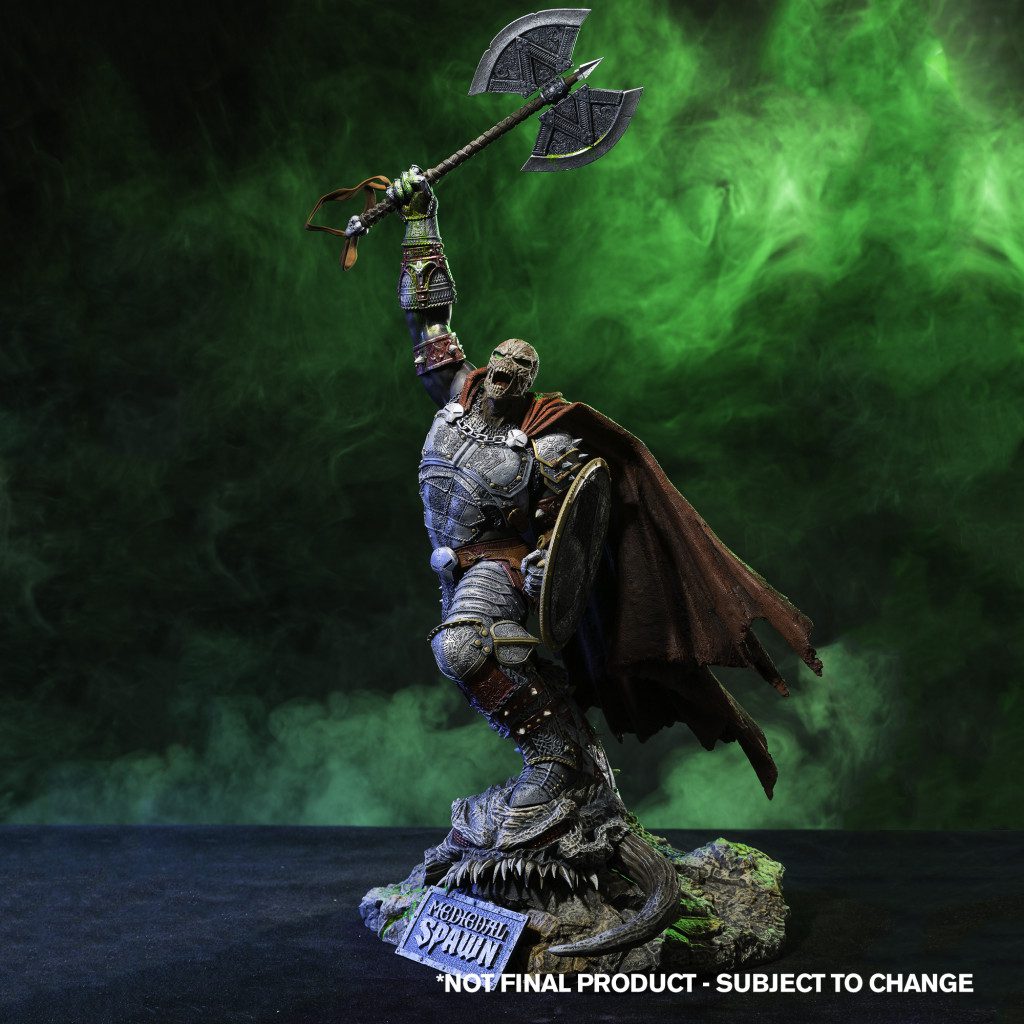 As an added bonus, each statue includes a sculpted Certificate of Authenticity (COA) display that is individually and sequentially numbered (under the base.). Fans will also receive a Certificate of Authenticity hand-signed and numbered by Todd McFarlane himself. This statue is extremely limited, with only 1,500 painted statues and 50 artist proof statues being produced worldwide.

This limited edition Medieval Spawn statue retails at $295.00 with FREE Shipping (U.S. 48 and Canada only; ground shipping) and is open for pre-orders now at McFarlaneToysStore.com. The statue is slated to start shipping around mid-December.  Customer’s credit cards will not be charged until the order has shipped.

McFarlane Toys’ is giving fans a chance to win one of the sold-out Medieval Spawn Statue Artist Proof. Enter today at McFarlane.com , the contest ends Tuesday, November 24, 2015.   Stay tuned to www.McFarlane.com for more info on this statue, along with news on all the awesome upcoming McFarlane Toys products.

ABOUT MCFARLANE TOYS:
Grammy-and Emmy-winning producer/director Todd McFarlane creator of Spawn, is the force behind McFarlane Toys, one of America’s top action figure manufacturers. McFarlane Toys has become a leader and redefined the standards within the action figure industry. For complete information on this pop-culture powerhouse, visit www.McFarlane.com; https://www.facebook.com/liketoddmcfarlane; https://www.facebook.com/mcfarlanetoys; http://twitter.com/Todd_McFarlane (Todd_McFarlane) and https://www.youtube.com/user/McFarlaneCompany