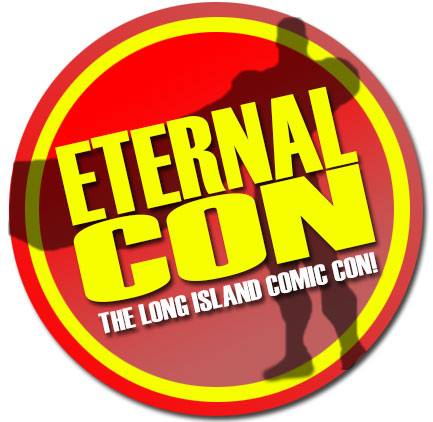 After the success of its past two events in June 2013 and 2014, ETERNAL CON (The Long Island Comic Con) returns with a huge 2-day extravaganza June 13 & 14 2015, taking place at the Cradle of Aviation’s Reckson Center, Garden City, NY.

Special events for children include “Youngling Training” where young Jedi are invited to join the NY- Jedi instructors in a supervised training session to learn basic Lightsaber choreography & technique. Every child who participates will receive a free lightsaber!

Returning for its second year is the COSPLAY PARADE. This FREE event is

open to the public. The parade will begin at 9:00 am on Saturday June 13th of Aviation museums parking lot and proceed along Charles Lindbergh Blvd and lead into the Cradle. More information on the parade is available on the ETERNAL CON website.

One of the biggest events of 2013/2014 was the Cosplay Contest, also in the IMax theatre, with a pre-judging session and a walk-through display. This live event will be simulcast on the IMax screen so everyone in the theatre gets a good look at all the costumes. The contest is open to all cosplayers and fans. For rules and Guidelines, click HERE

Throughout the weekend attendees will have the opportunity for Portfolio Reviews, Gaming tournaments, informative panels, the return of the movie prop gallery showing original costumes and props from classic motion pictures, a Car Show, an expanded Art Show, Cosplay groups, special performances, and a vendor room with over 150 tables of toys, jewelry, clothing, and collectibles.

For convention updates and announcements: