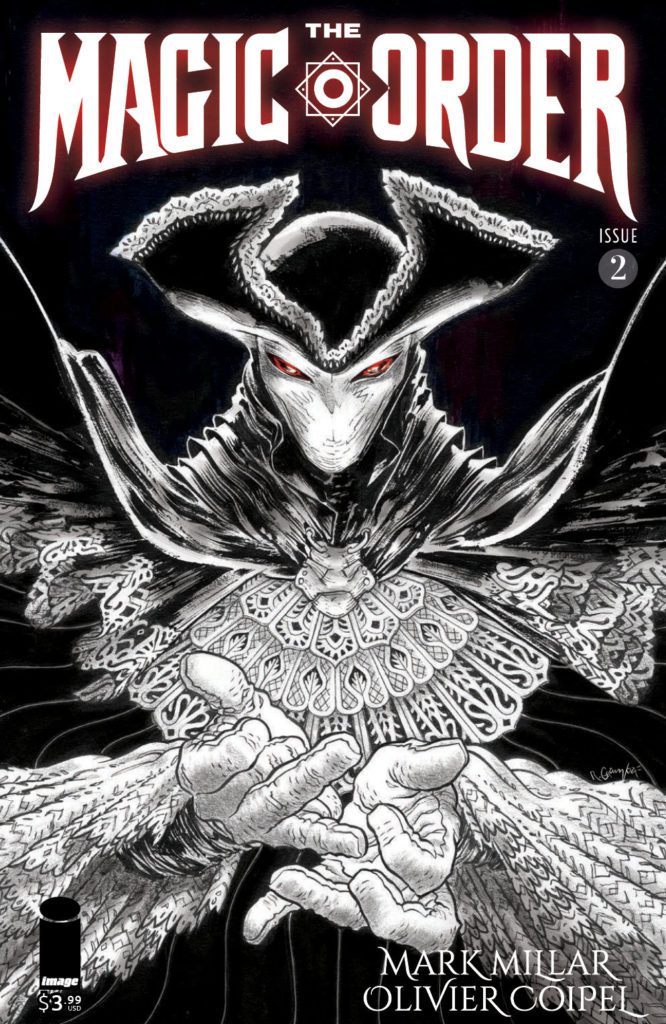 Comics titan Mark Millar and Olivier Coipel (Amazing Spider-Man, Thor) launched Netflix’s THE MAGIC ORDER #1 last week to overwhelming critical acclaim and fan enthusiasm and, as reported upon by Deadline.com, broke industry records with some of the highest pre-order numbers in two decades.

“An important note to retailers: There will be no second printing on The Magic Order #2. Just like #1, we want to create a huge excitement on the day so that people who get their copy feel extra lucky,” said Millar. “What you order this weekend is what you get, but, as always, there is no risk to retailers, as this comic is returnable.”

We live in a world where we’ve never seen a monster, and The Magic Order is the reason we sleep safely in our beds. Magic meets the mob in THE MAGIC ORDER, as five families of magicians—sworn to protect our world for generations—must battle an enemy who’s picking them off one by one. By day, they live among us as our neighbors, friends, and co-workers, but by night, they are the sorcerers, magicians, and wizards that protect us from the forces of darkness… unless the darkness gets them first.

Select praise for THE MAGIC ORDER:

“There are few creators that do big and broad as well as Mark Millar.” —Newsarama

“I’m gonna give it to you straight. This is a comic you’ll definitely want to read, no matter what genre you’re into. I’ve heard people describe this as mobster Harry Potter but honestly, it’s so much more than that.” —Impulse Gamer

“If you ever wanted an R rated version of the world outside Hogwarts, you’d be hard pressed to find a better story than this one. Every page contains details as juicy as a Kardashian rumor mill. The writing is ripe with tantalizing new ideas and concepts. The art is dark and wondrous.” —Black Nerd Problems

“Completely shattered my expectations and is a book you absolutely can’t miss this week. This was tremendously entertaining.” —Lyles Movie Files

“A great first issue that will definitely leave you wanting more. The Magic Order is fantastic.” —Outright Geekery

“This is a very strong first issue and Ireally hope Netflix make this one into a television series because it is definitely the sort of thing that I’d watch.” —SciFi Pulse