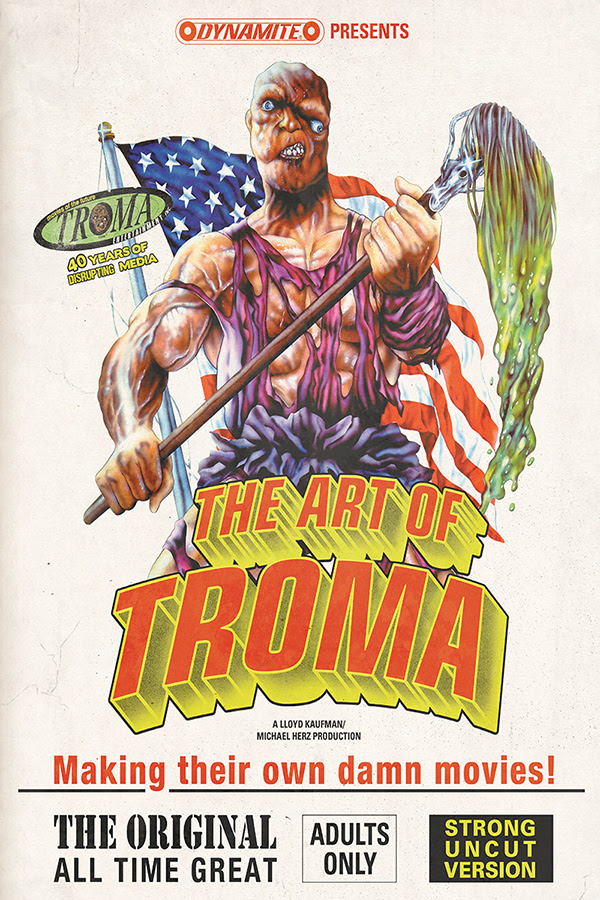 Dynamite has partnered with Troma Entertainment, the original media disruptor, and longest-lasting independent film company, to deliver an art book not for the faint of heart hitting shelves in September with The Art of Troma!

“I had a really terrific time delving into the history of one of the richest stories in all of independent American movies. The book has turned out spectacularly, thanks to the incredible work of designer Jon Adams,” remarked author Fred Van Lente. “None of it would have been possible without Lloyd Kaufman, Michael Herz and the Troma staff opening up their forty-year-plus archive to us, so big thanks to them. This book is a juicy distillation of a studio that’s entertained its fans and pissed-off establishment types for decades.”

For over forty years, Troma Studios has blazed its own bloody, slime-covered trail, making movies their own damn way. From The Toxic Avenger to The Class Of Nuke ‘Em High to Poultrygeist to Tromeo And Juliet, Lloyd Kaufman never compromised, waving his independent freak-flag freely, and helped jumpstart the careers of luminaries such as James Gunn, Trey Parker, Eli Roth, Oliver Stone and countless others.

“This has been an incredibly fun project to work on. I have a lot of respect for everything they’ve been able to do over the years,” said Nick Barrucci, CEO and Publisher of Dynamite Entertainment. “They’ve had so many great talents come out of their stable throughout their history as the biggest cult filmmakers in the world, they’re finally getting their due.”

The Art of Troma will hit shelves in both hardcover and limited editions.  The limited version of the hardcover book comes in a VHS-themed slipcase and features both a print signed by Lloyd Kaufman and a supplemental book featuring art from Troma fans.

The Art of Troma and The Art of Troma Limited Edition will be solicited in Diamond Comic Distributors’ July 2018 Previews catalog, the premier source of merchandise for the comic book specialty market, and slated for release in September 2018. Comic book fans are encouraged to reserve copies of The Art of Troma with their local comic book retailers. 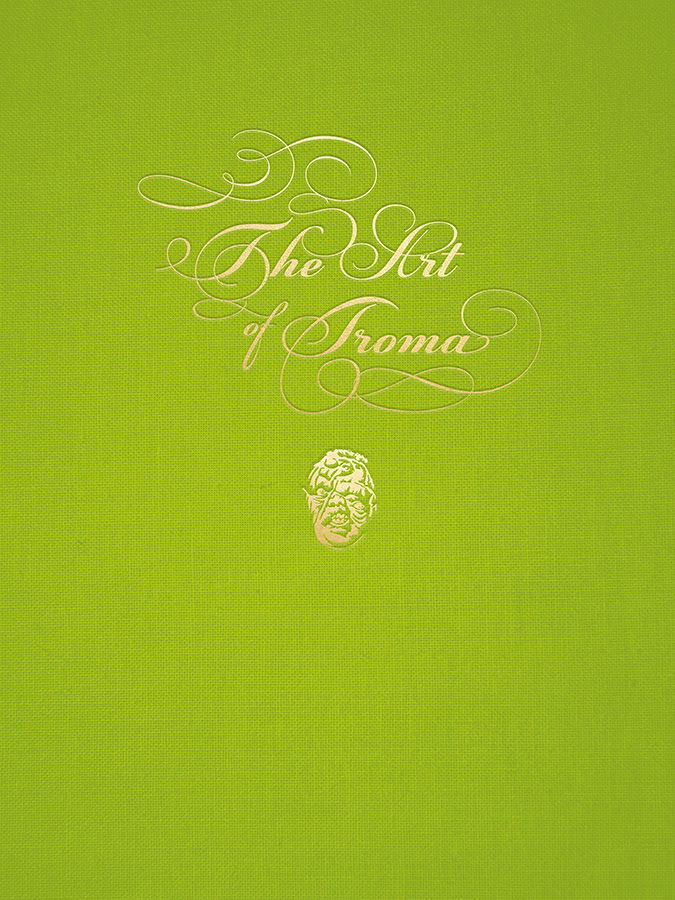