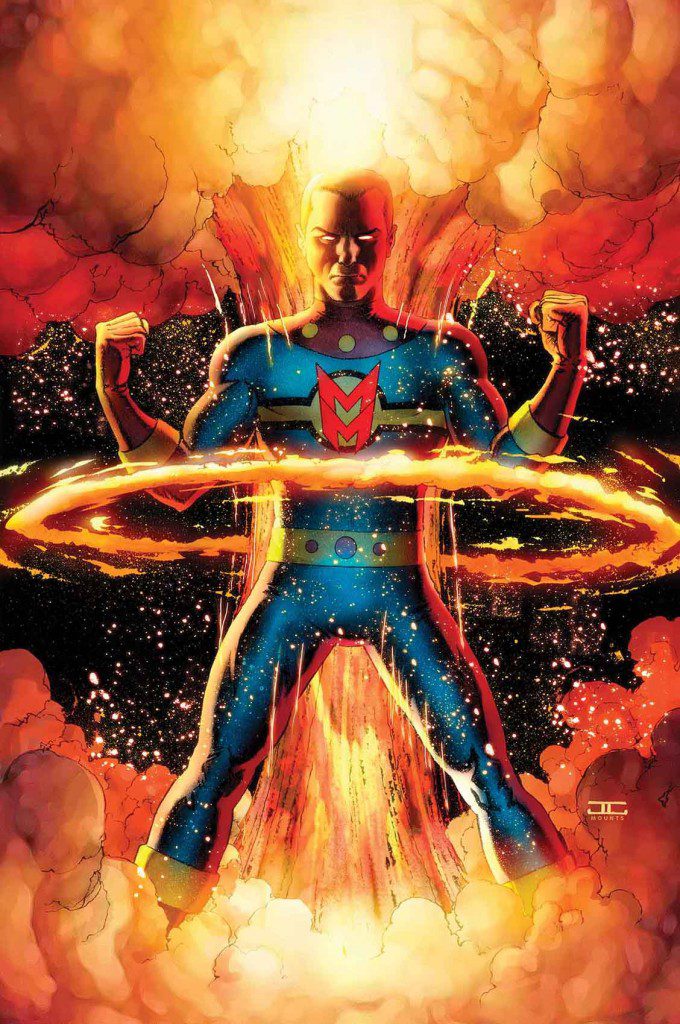 It was the series that changed comics forever. With the utterance of one word, Michael Moran transformed from the ordinary into the extraordinary – and Miracleman was born!

Long out of print, Marvel Comics is pleased to announce that the earth-shattering stories that injected new levels of sophistication into the super hero genre will finally see the light of day once again! Starting this January, Marvel will begin publishing the legendary run of Miracleman by the original creators that began in Warrior Magazine and continued under now defunct publisher Eclipse Comics!

Fans lucky enough to have read these trailblazing stories when they were originally produced have often referred to this legendary run on Miracleman as “the lost Watchmen,” and Marvel is proud to finally bring these incredible comics to an audience that has clamored for them.

“The wait is over,” says Editor In Chief Axel Alonso.  “Marvel will finally be bringing these timeless, ground-breaking stories to a whole new generation of reader.”

“We’ve been working with the Miracleman artists to obtain original artwork or photostats in every instance possible, and then applying the same painstaking restoration methods and rigorous quality standards that are utilized on the Marvel Masterworks line. The Marvel Special Projects team have even been developing some new techniques specifically for this project. These Miracleman issues will receive the most advanced restoration possible to ensure the most authentic reading experience,” says SVP of Marvel Publishing David Gabriel. “The art is crisp, clear, and looks as good – if not better than the day it was published! Also, the stories are being completely relettered to meet today’s standards.”

Making these stories available to an entirely new generation is one thing – but following the original groundbreaking run, the epic more than 30 years in the making will reach it’s cataclysmic conclusion! You heard correctly – Marvel will also be publishing all-new Miracleman stories from legendary creators Neil Gaiman and Mark Buckingham! Long left unfinished, Gaiman and Buckingham’s famous storyline will ultimately see the light of day!

“The tragedy of Miracleman was that we published two issues, wrote three and a half – and then it all stopped,” Gaiman said, in an interview with Marvel.com. “And Miracleman #25 has been sitting in the darkness – nobody has seen it. It was drawn, it was written, it was lettered over 20 years ago.”

“I love the idea that I will get to finish this story,” added Gaiman.

“That Neil and Bucky can finally finish the story they started, is a great relief to still-gasping fans — myself among them,” says Alonso.

Re-presented in serialized form, each issue of Miracleman features additional content including new art, interviews with the creators as well as new covers from some of the industry’s most legendary artists! Look for Miracleman #1 in print and digital this January!