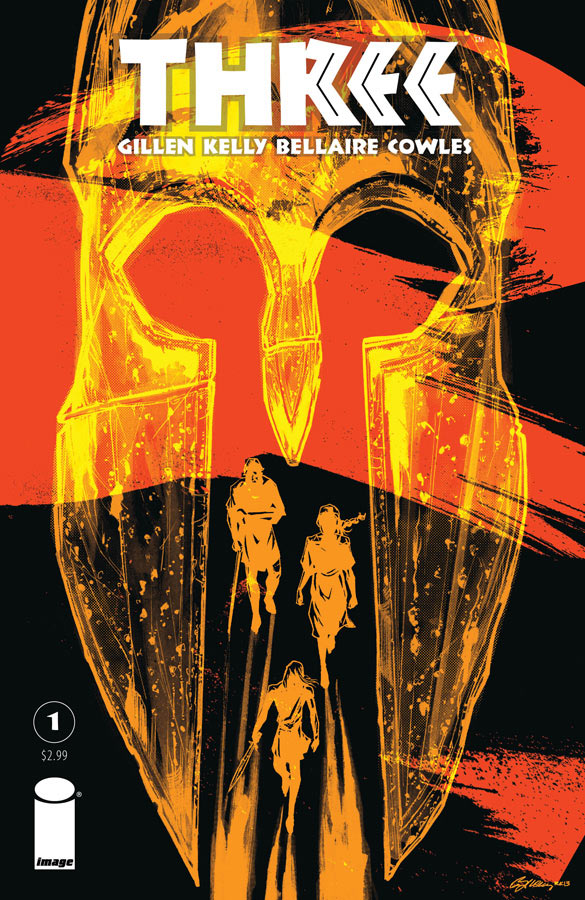 In THREE #1, writer Kieron Gillen, artist Ryan Kelly, colorist Jordie Bellaire, and letterer Clayton Cowles tell the story of what happens when three Helots—slaves to the citizens of Sparta—go on the run after escaping a brutal massacre. Today, Image Comics is thrilled to announce that THREE #1 has sold out at the distributor on its first day of release.

The Spartans are considered to be among the greatest warriors who ever lived. But that triumph hides a dark truth: Spartan citizens enjoyed a great deal of freedom, but the Helots were abused, oppressed, and lived in fear of being slaughtered at the whim of their masters. THREE shifts the focus from the Spartans to their undervalued and under-explored slaves.

“THREE is a story I’ve been telling to myself for years,” says Gillen. “When Ryan and I met at NYCC in 2011, I told him that story. Instantly, we were a team, and from then on we recruited members. Jordie, Clayton, [graphic designer] Hannah Donovan, and Professor Hodkinson helped bring this into being. Now, two years later, it’s sold out of its printing so quickly is kind of humbling. In a real way, to finally get to share it with anyone else is amazing. To share it with so many is overwhelming.”

THREE #1 may still be available at your local comic store, and is available digitally on the Image website (imagecomics.com) and the official Image Comics iOS app, as well as on Comixology on the web (comixology.com), iOS, and Android. THREE #2 releases on 11/13 and can be pre-ordered now using Diamond Code SEP130644.