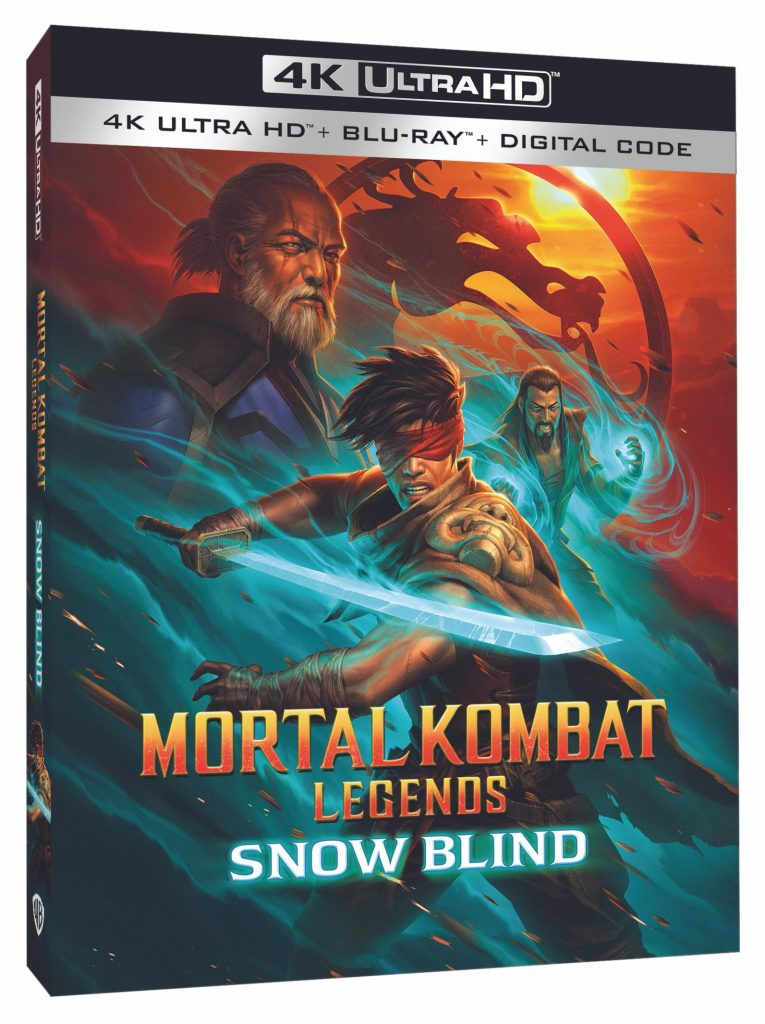 A shattered hero must overcome battle-inflicted blindness and seemingly insurmountable odds to save his village and, ultimately all of Earthrealm in Mortal Kombat Legends: Snow Blind, an all-new, feature-length film produced by Warner Bros. Animation in coordination with NetherRealm Studios and Warner Bros. Games. The film arrives from Warner Bros. Home Entertainment on Digital on October 9, 2022 and on 4K Ultra HD Combo Pack and Blu-ray on October 11, 2022.

Inspired by the worldwide video game sensation now celebrating its 30th anniversary, Mortal Kombat Legends: Snow Blind finds vicious, power-mad Kano determined to take over Earthrealm, one soul at a time. Assisted by a trio of cold Black Dragon mercenaries, he embarks on a brutal assault from town to defenseless town. The choice is simple: Kneel or be annihilated. But when the cocky and talented but undisciplined Kenshi doesn’t take a knee, Kano and his clan destroy the young warrior, taking his eyesight and his confidence. Under the tutelage of reluctant, retired Kuai Liang, the only one powerful enough to challenge the malevolent Kano, Kenshi finds renewed hope and a clear path to redemption. But will it be enough to stop Kano from decimating all of Earthrealm?

Mortal Kombat Legends: Snow Blind will also be available on Movies Anywhere. Using the free Movies Anywhere app and website, consumers can access all their eligible movies by connecting their Movies Anywhere account with their participating digital retailer accounts.