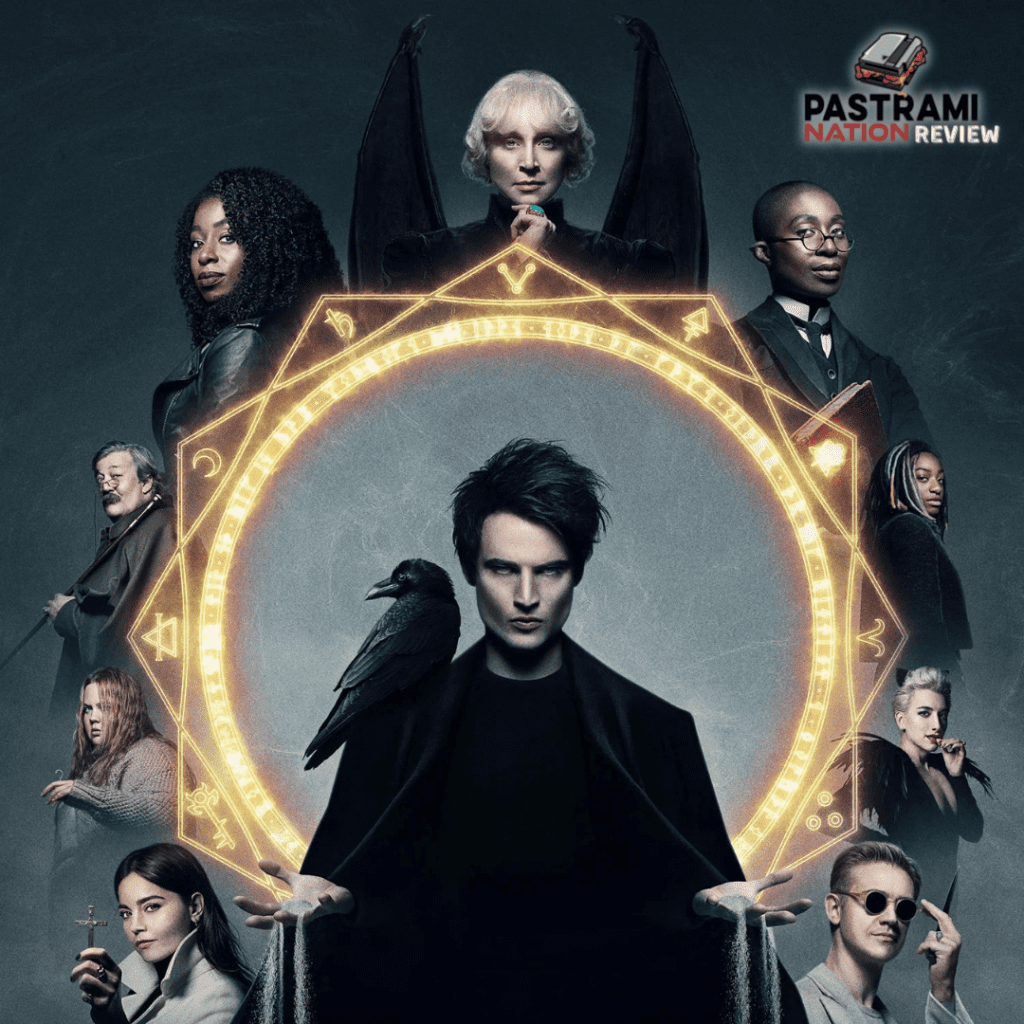 When you think of the greatest comic book series of all time, The Sandman is usually in at least the top 5. Neil Gaiman’s masterpiece of creating his own mythological pantheon while being a love letter to superheroes and the fragility of humanity. Reprinted and championed as one of the best in the art form of sequential art, the series has been stuck in a cinematic limbo for quite some time, but with amazingly cast audiobooks to keep the stories strong. Thanks to Netflix, The Sandman has come to life in 10 glorious episodes, with a few changes along the way.

Starring Tom Sturridge as Morpheus, the lord of dreams, the series starts far in the past, much like the comic series. Morpheus is taken prisoner for more than a century by a madman trying to capture Death. But with Dream gone, some of humanity never woke up, and some couldn’t fall back asleep, and that’s just the tip of the iceberg. The series brings to life some of the mainstays in the Endless universe, like Death (Kirby Howell-Baptiste), Matthew the Raven (Patton Oswalt), and Lucifer (Gwendoline Christie), as well as the nightmarish figure known as The Corinthian (Boyd Holbrook). We also get new characters like Johanna Constantine (Jenna Coleman), taking the role filled by the stodgy master of the mystic arts, John Constantine.

I don’t want to get into spoilers, but this is one of the best series inspired by a DC Comic series. For me, some of the series’ most shining points come from how the characters are embodied here. Sturridge absolutely becomes Dream, with a booming voice and demeanor that sounds like Gaiman wrote the character back in the day. I was a bit hesitant, as I am a big fan of James McAvoy’s portrayal of Dream in the audiobook version. But after the first episode alone, I was all in on this portrayal of Dream. Howell-Baptiste is remarkable as Death, one of the most iconic characters to come out of The Sandman. The bubbly angel of Death comes to life here, her episode being one of my favorites. My next favorite episode has to be the diner, as an insane man (David Thewlis) uses Dream’s ruby to mentally take over a small diner, which leads to one of the most graphic and intense scenes in a television show.

Some changes don’t make as much sense as others- like the choice of Johanna instead of John Constantine and the omission of Wesley Dodds and Etrigan the Demon. But other changes make sense, like Jed being the superhero version of The Sandman in his dreams (with some cool DC Easter eggs as well!). But one thing is clear, the essence of the comic book series is captured here masterfully. I hope we get a season 2 down the road- there are so many roads to go down with Sandman and the Endless.