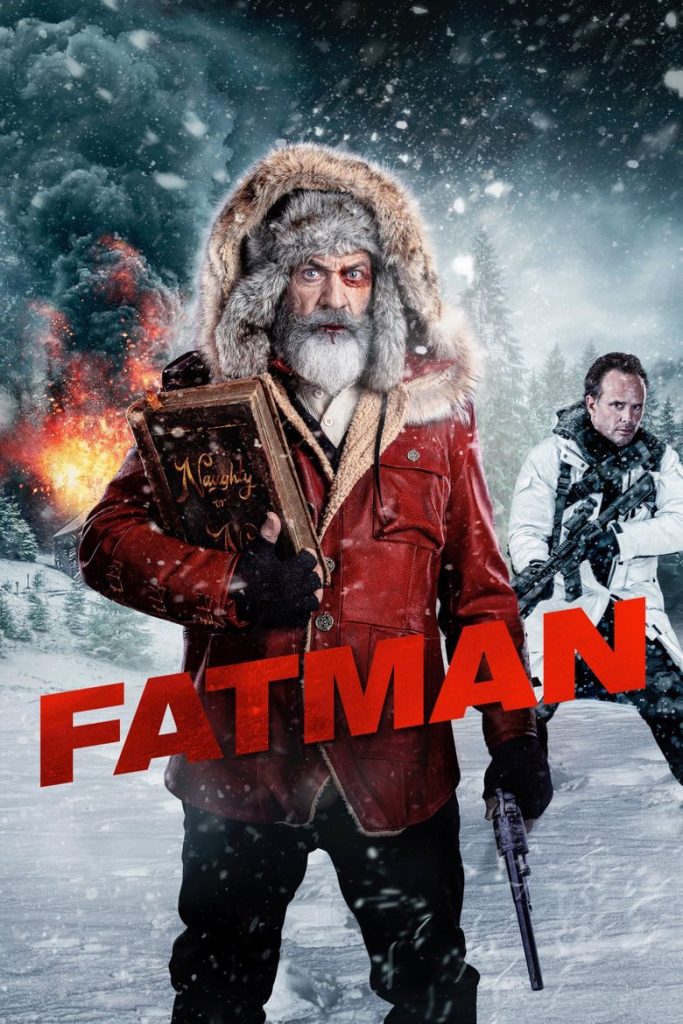 Watching the trailer for Fatman, there is a feeling of both disbelief and excitement. It felt like a joke, reminiscent of the SNL digital short that featured Dwayne Johnson starring in a gritty reboot of Disney’s Bambi. It couldn’t really be happening; a gritty action film starring Mel Gibson as Santa and Walton Goggins as the hitman hired to kill him. But it is real, it exists and it’s not bad at all.

The movie is exactly what you think it is but also defies expectations all at once. Unlike most action movies nowadays, it’s more concerned with its characters and building a believable world than it is with big spectacle action scenes. Don’t get me wrong, there are some truly thrilling moments, but that’s not what this movie is about. At its core, it’s a gritty action movie with an aging, disillusioned Santa as the target of a spoiled rich kids plot, but it somehow transcends that silly notion rather quickly. This is a story of a man who has been relied on for ages to bring joy to the world and the toll it has taken on him and the people he loves.

When we first meet Billy, he’s the stereotypical bratty rich kid. He loses at the school science fair and we get our first glimpse of who he is. He hires the family muscle Jonathan (Goggins) to intimidate the girl he lost to and make her confess that she cheated, and it works. Billy is a sadistic little boy who will stop at nothing to get what he wants. That’s why it’s no surprise that when he receives coal from Santa on Christmas Eve, all bets are off. He hires Jonathan to take care of the Fatman once and for all. While most people would have a moment of inner debate about whether they can or want to kill Santa, he jumps at the chance because of his lifelong grudge against the man himself.

On a small farm in North Peak, Alaska, Chris Cringle is dealing with his own issues. The United States Government, who have a vested interest in Cringle’s business, is trying to negotiate a deal. With so many children landing on the naughty list, Santa’s income is dwindling and he needs to do something to stay afloat. The government suggests that he and his elves help build components to a military-grade fighter jet in exchange for keeping his business alive. With this offer, and his loving wife Ruth at his side, he is conflicted but knows he must do what is right for his family.

Truly breaking down this movie would be a disservice to Fatman. We could sit around and talk about how if you stripped away the Santa angle it would be no more than your average action movie. But the thing is, the film knows what it is and makes no apologies for it. Director and writing duo Eshom and Ian Nelms treat the material with the utmost realism and respect. There isn’t a moment that feels fake or like they are in on the joke, because there is no joke. It is played straight by everybody involved, and the action scenes are really cool, especially the final showdown at the farm between Chris and Jonathan.

The idea of Santa being anything other than a jolly old man isn’t an idea played with often, and Mel Gibson is the perfect guy to bring this version of him to life. He’s always been a powerhouse presence on screen, but as he’s gotten older, he’s taken it to the next level. Even if he wasn’t playing Santa here he would still be a force to be reckoned with. He’s jaded and life has taken its toll on him, and Gibson sells it 100%. There is a scene towards the end of the film that is one of the most intense moments he has ever done as an actor, and it is incredible.

While Gibson is great, it’s Goggins that steals the show. He is able to pull off a perfect balance of vulnerability and fierce intensity, switching between the two in a way many others can’t. He is one of the great character actors who completely disappear into their roles, and he is so good here. On top of that, you have the incredible Marianne Jean-Baptiste as Chris’s supportive wife Ruby and Chance Hurstfield playing the perfect bratty Billy. All of them together make this movie work and are so much fun to watch.

Fatman is a movie that could have easily fallen into spoof territory if it landed in the wrong hands. It’s a dark comedy that has plenty of action and some great performances. It is destined to become a cult classic, and if you are looking for a different kind of Christmas celebration this year, I recommend checking it out.