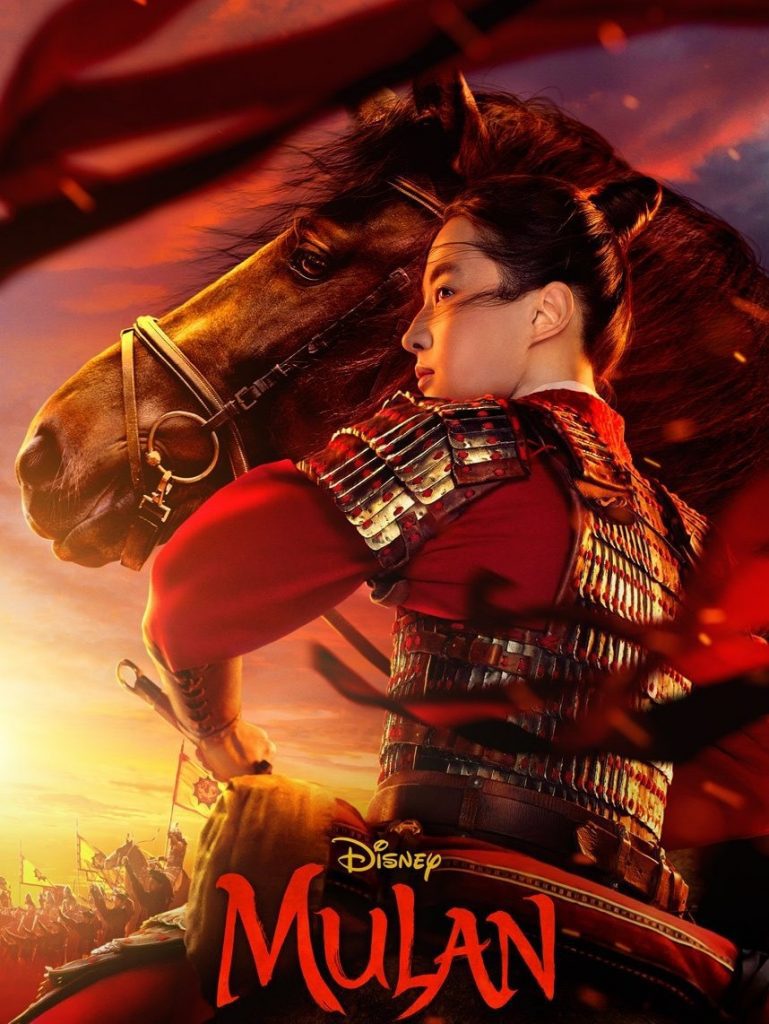 Of all the live-action adaptations of their animated classics, Disney’s Mulan takes the most risks. Unlike their previous efforts, namely Beauty and the Beast and The Lion King, it isn’t afraid to take some big swings and change things up a bit. It doesn’t always work, but it does more often than not, and it makes this adaptation their best and most ambitious to date.

The legend of Hua Mulan has been around for centuries. The story of a young woman who disguises herself as a man to fight for her country is nothing new, and it’s one we are all familiar with. While western culture is more familiar with Joan of Arc’s story, the eastern equivalent is Mulan. Both stories originated in times of high tension when women weren’t allowed to fight like their male counterparts. They are empowering stories and tragic and eye-opening ones, especially for the times they were created. Even today, these stories resonate with us, and for good reason.

For young girls, especially, the story of Mulan is a powerful one. Based purely on the reactions I got from my daughter when we watched this film, I could tell that it means so much. Much like my daughter herself, Mulan is strong, athletic, and empowered. She could do anything she sets her mind to, and she knows it. In the case of Mulan, she lives in a culture of open female repression. She is being forced to be a proper lady and a good housewife, but that isn’t what she wants out of life.

The opportunity for adventure comes when the Emperor of China decrees that one male member of each household in China must sign up to join the Imperial Army. There is an invading force coming from the north, one that threatens the kingdom and his life. The only person eligible to fight for Mulan’s family is her father, an ex-soldier who was wounded while fighting years before. Under the cover of night, bearing her dad’s sword, armor, and horse, she sneaks out and enrolls herself. Disguised as a man, she must prove herself as a great soldier and bring honor to her family.

This new version of the classic story is probably a bit more aligned with the actual legend than the 1998 animated Disney film. There are different characters, and to everyone’s dismay, there are no songs. The themes and plot points are essentially the same, but some fundamental changes make it both more charming and frustrating than what came before.

Unlike the previous version, there is no Mushu or Cricket (at least as we know him). The character of Mushu has been replaced by an unnamed Phoenix who guides Mulan along the way. In this case, the change makes sense because I’m not sure how a wise-cracking dragon would have fit in here. Cricket is now a human whose nickname is Cricket. He mentions to some of the guys that he is good luck, which is the direction they decided to go. To add a bit of eastern mysticism to the mix, there is a witch named Xianning who stands between our hero and her ultimate goal. There are also other character changes, but these are the most notable.

Then there are the songs or lack thereof. For a movie of this scale, it would be weird for the characters to burst into song. With epic set pieces and beautiful scenery, a musical number would completely take you out of the story. Instead, the filmmakers were smart by inserting snippets of the original soundtrack into the score. When you hear the music of Honor to Us All, I’ll Make a Man Out Of You, or Reflection, it gets into your head, and it feels right.

The movie is shot on a huge scale, and it brings you into the action of ancient China. The battles are well choreographed, and it looks incredible. But a lot of it feels a bit like Crouching Tiger, Hidden Dragon, and I couldn’t help but draw comparisons the whole time. It’s as if they wanted to remake Mulan, but they also wanted to do something like Crouching Tiger. That is great and all, but the problem is that the action feels like a pale imitation of Tiger as opposed to a tribute to it. Some strange edits and camera movements feel like they don’t belong, and it briefly takes you out of the action. It’s not a big deal, but it’s enough to leave a mark.

With all of that being said, Mulan is a great addition to Disney’s live-action library. Director Niko Caro obviously has great respect for the source material and treats it with care. The cast is incredible, and it works for the most part, enough to become my favorite remake of theirs. To be honest, I haven’t been a fan of their reimagining so far, so take that as you will. If you have Disney+, it’s worth a watch.