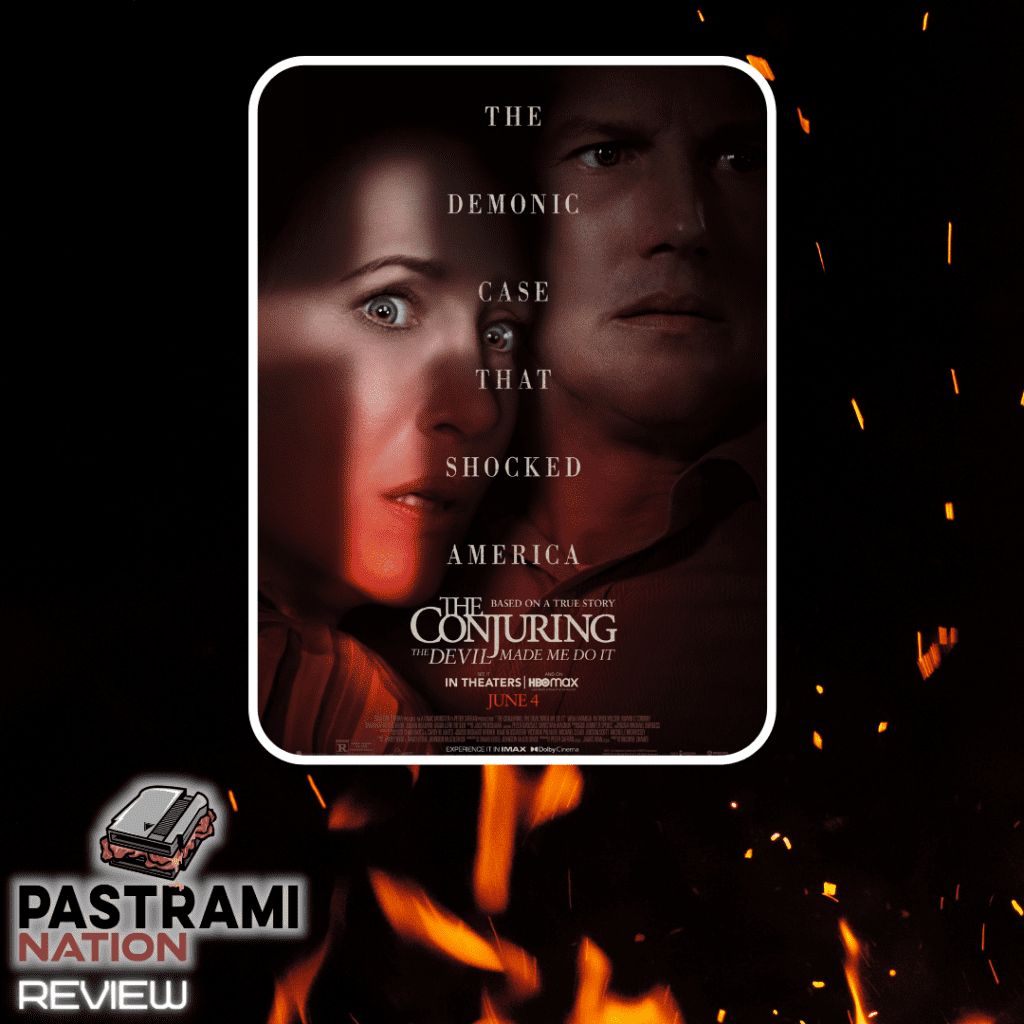 Movie Review: The Conjuring: The Devil Made Me Do It

In the latest entry of The Conjuring universe, the Warrens take on their most diabolical case yet. The film takes on the famous “Devil made me do it” case, the first known United States court trial where the defense used demonic possession to prove their client’s innocence.

According to records, 11-year old David Glatzel was supposedly possessed by a demon. Enlisting the help of the Warrens and numerous priests, the demon eventually fled the boy’s body and found a new host inside Arne Johnson. A few months later, Arnie murdered his landlord during an argument and took no personal responsibility for the murder, claiming that forces beyond his control were at work.

The case itself is intriguing and fascinating, and it captured the attention of those around the world. Unfortunately, the same can’t be said for this movie. The third main entry in The Conjuring universe of films doesn’t have a number 3 in the title, and I can assume there is a good reason for that. The first film felt dirty and gritty, like it was a film made in the ’70s. The second one had a different vibe with its look but still kept the gritty feel. This one loses all of that in favor of a modern and polished shine, attempting to make the movie feel more modern. The end product has a completely different feeling and loses part of what made the previous entries so effective.

It’s not so controversial to say that director James Wan is a modern master of horror. He has launched some of the biggest horror franchises today, including Saw, Insidious, and of course, The Conjuring universe. His style can be described as subtle yet kinetic, bringing otherwise simple worlds to life in a unique way. He directed the original two Conjuring films and handed the reins over to Michael Cavez, who directed The Curse Of La Llorona, to direct the third. While Chavez tries his best to imitate what came before, Wan is severely missed behind the camera. There are more important story elements that don’t work, but someone like Wan would have been able to mold it into something more palatable and entertaining.

Speaking of the story, it isn’t the plot that’s the problem; it’s the execution of it. The possession of Arne is at the center of the movie, and the most interesting part of it is the trial. We barely see anything take place in a courtroom except for a couple of short scenes. This movie is content with paying homage to other horror films that came before (The Exorcist and The Shining, to name a couple), so why not build off what The Exorcism Of Emily Rose did and give us more of that? It would have made for a more intense and gripping movie. Instead, we are treated to a story without urgency, and a villain reveal that made me lose interest in everything that was happening.

It’s not all bad, though. Patrick Wilson and Vera Farmiga still have amazing chemistry together as Ed and Loraine Warren. Depending on who you talk to, the real-life Warrens were either con artists or the real thing. One thing that isn’t up for debate is their love for each other and their dedication to the investigations. When one of them is in danger, the other is genuinely concerned and scared, always bracing for the worst but praying for the best. Wilson and Fermiga sell the relationship with ease, whether it’s passionate glances at each other when things are good or tears of horror when things are bad. They are perfect for each other, and casting them was a stroke of genius.

The production design, the cast, and the direction are really good, but the mediocre story overshadows that. This Conjuring movie is on par with a decent episode of The X-Files or Supernatural. It fills the time, and the characters are great, but it doesn’t add anything to the universe. It’s not very scary, and it probably won’t make or break the series for you; it just exists.

Kevin Hoskinson
0
Tags :
Movie Review: The Conjuring: The Devil Made Me Do It