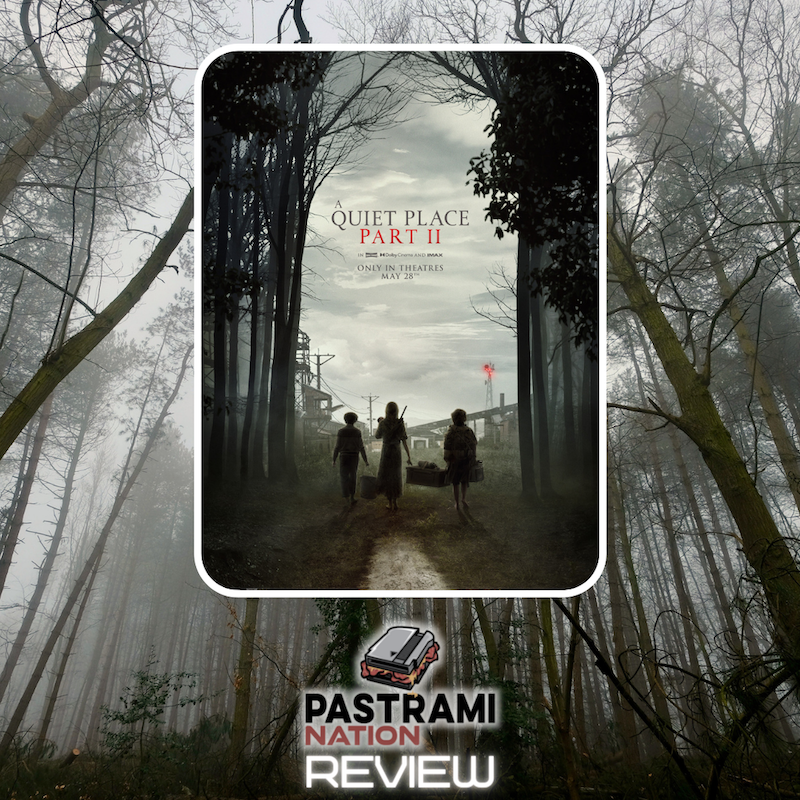 I was so excited to learn that there would be a part 2 to the already phenomenal first installment of John Krasinski’s film “A Quiet Place.” I have to admit; I was a little slow to watch the first movie. Choosing instead to catch it in my solitude at home. And let me tell you, I wish I had seen it on the big screen. I work with Deaf and Hard of Hearing kiddos, so I was already hooked by the fact that a movie would incorporate signing. And I was blown away that an even more stellar cast would be able to pull it off! Okay, I digress. I’m talking about Part One. Let’s move on to Part 2.

Millicent Simmonds, who plays Regan Abbott, has already put herself out there as true a star as they come. And Part Two enhances her talent! Taking the lead, Regan determines to seek refuge and an escape from the auditorily sensitive creatures. From the start, Cillian Murphy continues to add an awesome dynamic to the fantastic left behind group. The audience is kept somewhat in the dark as to his story, and character development will play out. The only negatives I can really point out are: there seemed to be much more talking in Part 2. It didn’t take too much away, but it’s there, and some body locations of the signs were a little muffled. (I was expecting one sign/word, but then it turned out to be a different sign). Like I said, very minor critiques.

With that being said, one cannot deny the genius of Krasinski’s creativity. One of my favorites, actually, is one where all sound is cut away during an intense scene, which really lends to Krasinksi’s creativity–to go back and forth between noise and silence to heighten the magnitude and veracity of such an action-based scene. There is so much to take in! And the good news? There is going to be Part 3, eventually! The hard part is waiting; however, everyone has plenty of time to get themselves caught up in this fantastic series! Out now, so don’t miss it!