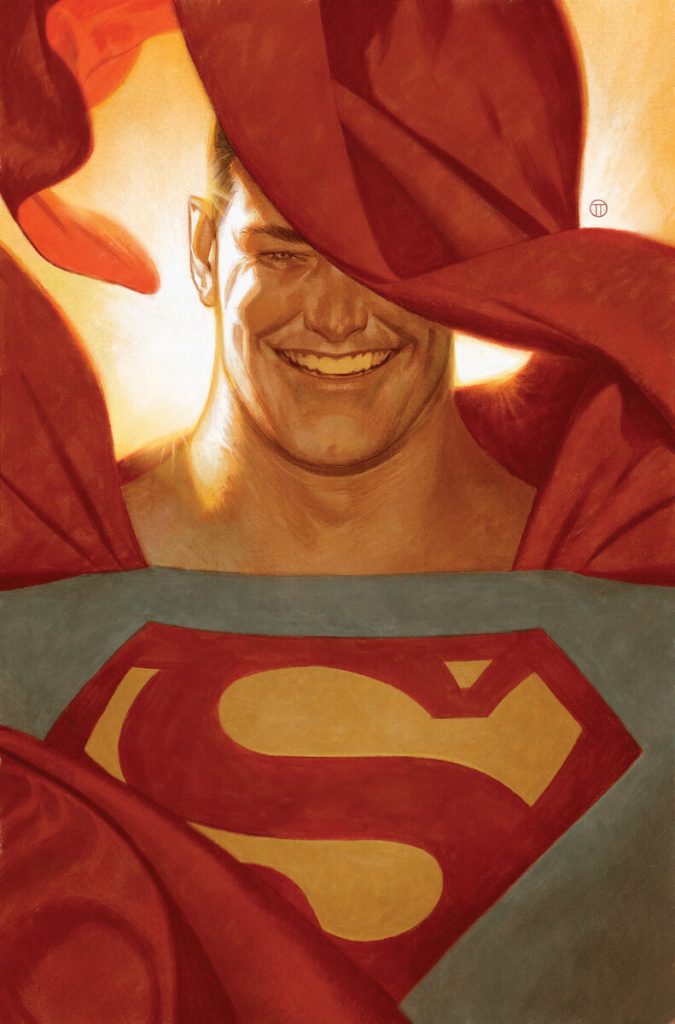 New Creators Take on ‘Action Comics’ and ‘Superman’ in 2021

Writer Phillip Kennedy Johnson (The Last God, Future State: Superman: Worlds of War) flies from DC’s Future State event in January and February back to the present DCU in March to join artists Phil Hester and Eric Gapstur for a two-part story that spans both Superman and Action Comics!

“I can’t begin to describe what an honor it is to be writing Superman and Action Comics,” said Johnson, “especially following one of my industry heroes, Brian Michael Bendis. One of my very earliest memories is the thrill I felt watching the Christopher Reeve Superman films for the first time. My goal for every issue will be to give readers that same physical reaction, and the same lofty aspirations that Superman inspires: the desire to be better than we are, and to do more than the world thinks we can do.”

In “The Golden Age” part one on March 9 (Superman #29), Jonathan Kent is back from the 31st Century and fighting cosmic threats alongside his legendary father. But when an interdimensional breach opens near Earth, Jon recognizes the creatures that emerge: the cosmic leviathans that the Legion of Superheroes credit with the DEATH OF SUPERMAN!

And in the new backup series “Tales of Metropolis” story in the same issue, writer Sean Lewis (DC Future State: Superman of Metropolis) and artist Sami Basri (Harley Quinn) follow Jimmy Olsen on a quest to meet of some of the city’s more colorful denizens, beginning with Bibbo Bibbowski!

Then in “The Golden Age” part two on March 24 (Action Comics #1029), as Superboy desperately tries to save Superman’s life from the leviathans of the Breach, Superman discovers the Breach’s shocking origins. But with his powers mysteriously fading, he is utterly outmatched. Can Superboy change the course of history and save his father’s life? Don’t miss this prelude to DC’s MASSIVE Superman event!

Plus, in another all-new backup “Tale of Metropolis” story, writers Becky Cloonan and Michael W. Conrad (Future State: Immortal Wonder Woman) join forces with Michael Avon Oeming to continue the Midnighter story that Cloonan and Conrad started in DC Future State. But is the DC Universe ready for Trojan Industries?

In the months following “The Golden Age” two-part crossover, Phillip Kennedy Johnson will continue writing both Superman and Action Comics with artists Scott Godlewski (on Superman) and Daniel Sampere (on Action Comics) before reuniting with Future State: Superman: Worlds of War co-creator Mikel Janín on a special Superman project—still to be announced!

“The work I’m doing now with Phil Hester, Scott Godlewski, and Daniel Sampere is already some of my favorite of my career,” continued Johnson. “All three are wizards on the page, and the massive event that we’re building up to in Action Comics is a considerably bigger swing than I ever expected to get in comics. It’s no exaggeration to say it will change Superman’s status quo forever and have a lasting impact across the entire DC Universe. The already iconic Future State: Superman: Worlds of War artwork that you’ve seen from Mikel Janín in recent months is just the tip of the iceberg of what he and I have planned together. Stay tuned, you will NOT want to miss what’s coming.”

For more information on Superman, Action Comics, and the World’s Greatest Super Heroes, be sure and check out the DC website at www.dccomics.com and follow DC on social media at @DCComics and @thedcnation.

ABOUT PHILLIP KENNEDY JOHNSON
Outside of writing, Phillip Kennedy Johnson has a full-time career as an active duty soldier, musician, and teacher. As a Sergeant First Class in the United States Army, Phillip regularly tours the continental United States with The U.S. Army Field Band and the Federal Brass of Washington, DC, connecting Americans with their Army. Phillip is passionate about being a role model for his son, and teaches him important values by reading him stories of Superman, the Justice League, and other DC Super Heroes. Phillip hopes that someday his son will read his Superman stories and see his dad’s love for him on the page.

ABOUT DC
DC is one of the largest English-language publishers of comics and graphic novels in the world and home to some of the most iconic and recognizable characters ever created. As a creative unit of WarnerMedia, DC is charged with strategically integrating its stories and characters across film, television, consumer products, home entertainment, interactive games, and the DC Universe subscription streaming service. For more information, visit dccomics.com.