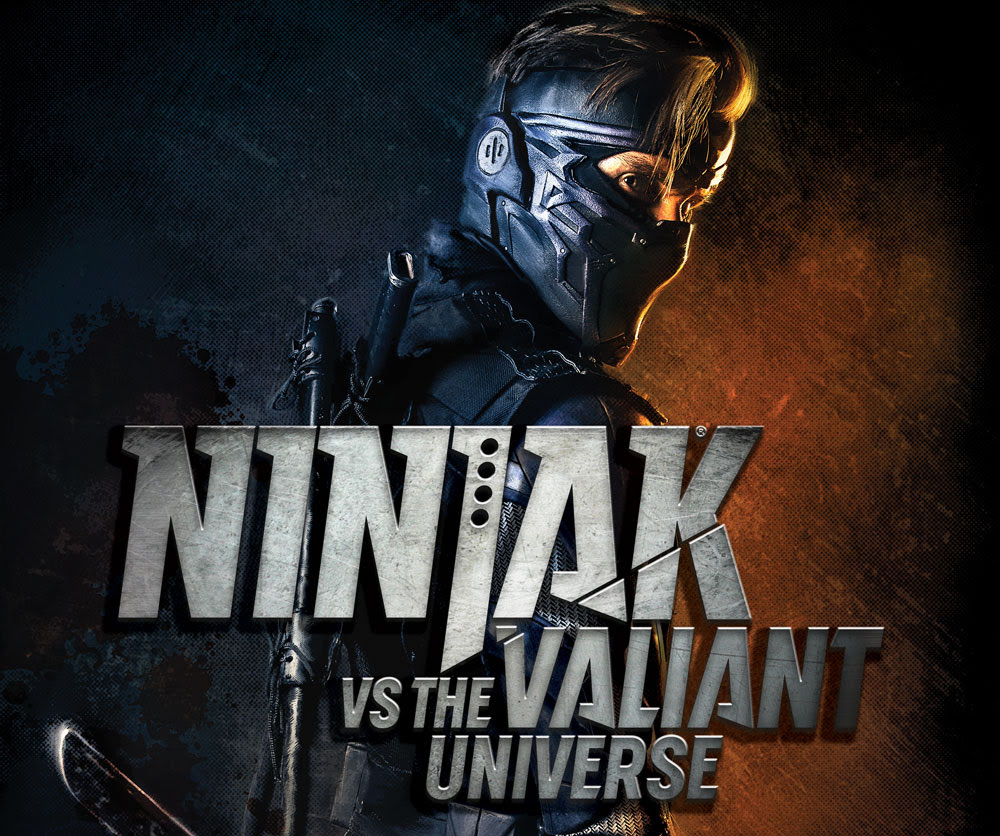 Ninjak Vs The Valiant Universe: Episodes I and II Review: Here Comes a New Challenger

I have been waiting for this project to debut for quite some time now. Valiant Entertainment, home to such comics as X-O Manowar, Bloodshot, Ninjak, and more, is officially in the ring of live action superhero antics. With Ninjak Vs The Valiant Universe, we get to see super spy Ninjak take on some of Valiant’s most well-known and iconic heroes. So, how did the first two episodes fair?

In a partnership with Bat in the Sun, we get a digital series like no other. From Aaron Schoenke, Sean Schoenke and more, NInjak Vs The Valiant Universe is groundbreaking in so many ways. For one, this is the first live-action production featuring characters from Valiant Entertainment. This is a bit shocking when you look back at Valiant’s rich history- there was once a video game starring X-O Manowar and Iron Man, no joke, and it was a great game. But live action? This is first to bat.

Episode 1 is the set up to what’s to come but still packed a punch. We are introduced to Colin King, aka Ninjak (Michael Rowe), who gets ambushed by the deadly Roku (Chantelle Berry). The crimson-haired villainous forces NInjak to acquire an asset from MI-6, Ninjak’s employers. This sets in motion a call to arms in the Valiant Universe, as it seems Ninjak has gone rogue. We see a brief fight scene with Bloodshot (Jason David Frank), as well as the introductions of Archer & Armstrong, the Eternal Warrior, and X-O Manowar.

The fight scenes are awesome, as we see Ninjak dispatch MI-6 guards with ease, as well as a tussle with Livewire (Ciera Foster). We also see Bloodshot take down some run of the mill thugs with bloody amazing results. Rowe does a fantastic job as Valiant’s super spy. Actually, all of the actors here do a superb job. Costume designs look fantastic, as do the special effects. The music is also very fitting for a tragic character like Ninjak.

Episode 2 features the throwdown between Ninjak and Bloodshot, which is everything I hoped it would be. Frank’s portrayal of Bloodshot is fantastic, and the two of these guys put on one heck of a show. My main gripe with this episode? It clocks in at 11:23. These episodes are super short, but if stitched together as one film, this would be epic.

I really enjoyed the start of this series. Bat in the Sun and Valiant have created something special here with this series. I hope this is just the tip of the iceberg for this live-action version of one of my favorite comic universes. Ninjak Vs The Valiant Universe takes the first two rounds with KO’s, can they continue the winning streak with the next few episodes that debut this week? I am going to say it’s an easy yes.