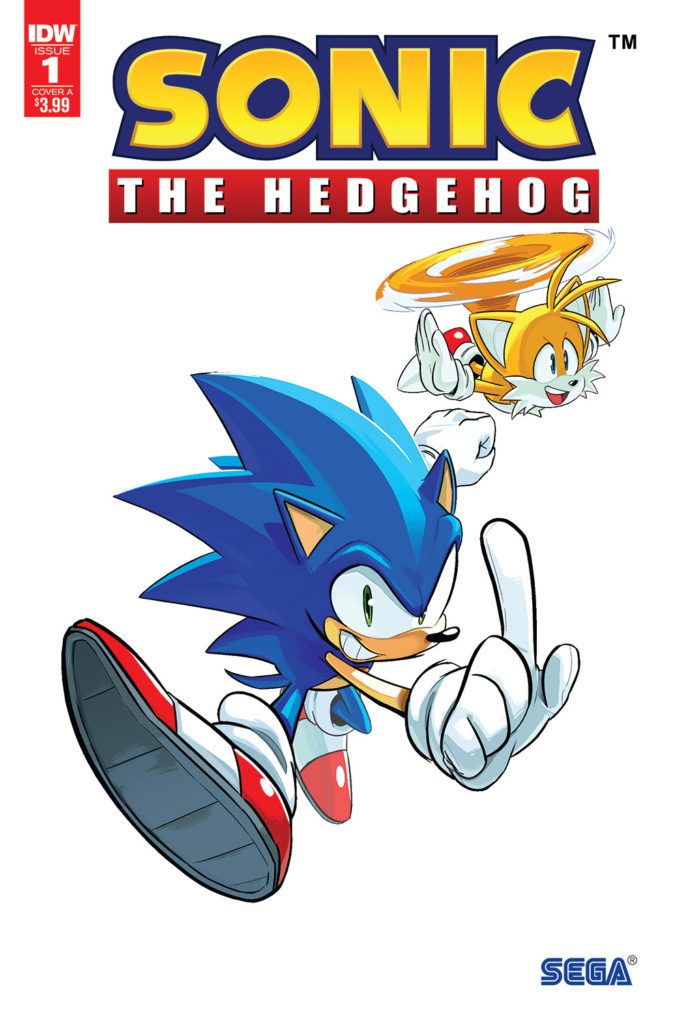 Sonic The Hedgehog Comic Books Continue to Sell Out

The heat on Sonic the Hedgehog marks a huge success for IDW Publishing, who is launching their first-ever Sonic series with weekly releases throughout the month of April. Each of the first four issues of Sonic the Hedgehog — written by longtime Sonic scribe Ian Flynn and illustrated by rotating artists Tracy Yardley, Adam Bryce Thomas, Jennifer Hernandez, and Evan Stanley — focuses on a different guest star (Tails in issue #1, Amy Rose in #2, and Knuckles in #3, leading into the debut of the hotly anticipated new character Tangle in issue #4).

Reviews of Sonic the Hedgehog have been overwhelmingly positive, including:

“Ian Flynn and company know how to perfect a Sonic the Hedgehog comic book. It is action-packed, heartwarming, and funny, which is everything that I wanted Sonic the Hedgehog to continue to be under IDW.” — Nathan Koffler from Comics: The Gathering

“With a veteran team of Sonic creators at its helm, Sonic the Hedgehog… shines. Packed with enough action to ground the series — and enough intrigue to keep it going — this is sure to be a good read for old and new fans alike.” — Jeremiah Johnston of Comicsverse

“A showcase of the sheer brilliance of all-ages comics… Fun, punchy, and gorgeous to look at, this book combines the fine recipe of a lovable mascot, a colorful cast, an ageless sense of humor and an incredible art team to whip up a hit for the oldest fan or the youngest reader alike.” — Connor Stephens of Big Comic Page

For more information on securing copies of the IDW’s new printings, please contact your local comic shop or visit www.comicshoplocator.com to find a store near you.

About SEGA of America
SEGA of America is the American subsidiary of SEGA Games Co., Ltd. The company plans, develops, publishes, and distributes interactive entertainment for home video game consoles and PC. www.sega.com