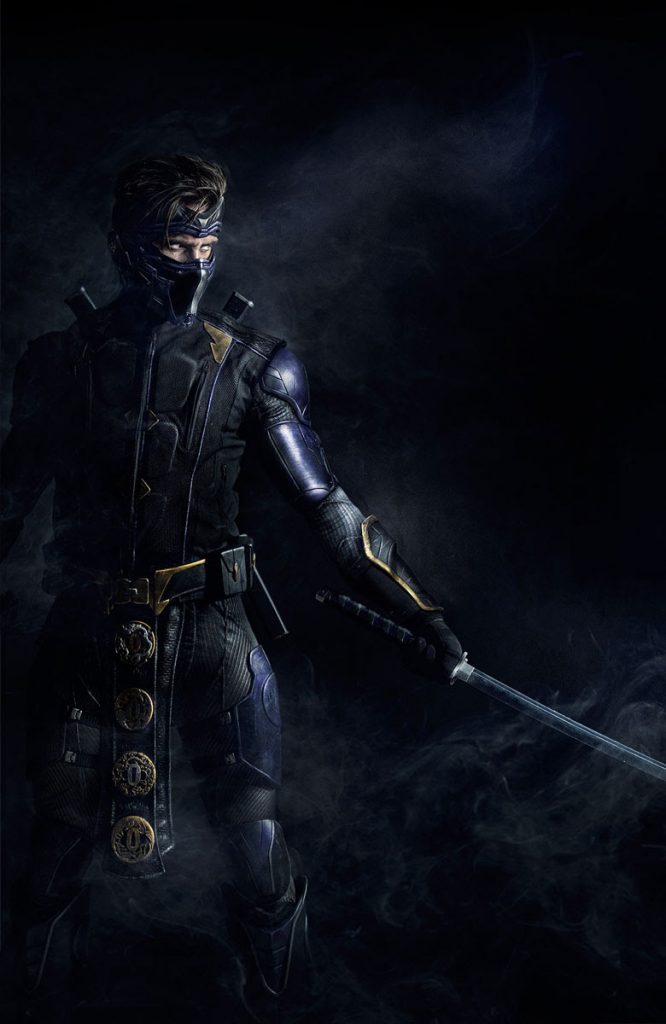 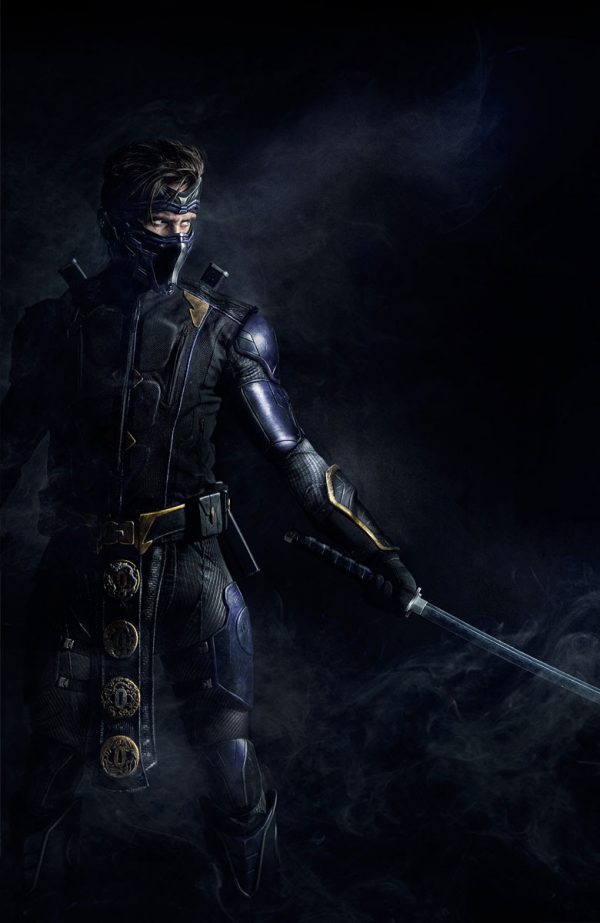 Valiant is proud to debut the first official image of star Michael Rowe in costume as MI-6’s master assassin – Colin King aka the lethal Ninjak – from Valiant’s upcoming TOP-SECRET, LIVE-ACTION project to be announced at New York Comic-Con 2016 (NYCC) on October 8th! Valiant’s first-of-its-kind, feature-length original digital series – directed by Bat in the Sun’s Aaron & Sean Schoenke, the co-creators of the massively successful YouTube sensation Super Power Beat Down – will feature Ninjak’s brutal live-action debut as he goes head-to-head with a top-secret roster of Valiant’s most iconic heroes for a bloodstained battle royale.

“We’ve been quietly working behind the scenes on this series since 2015 and are incredibly excited to be debuting the first look at footage this year at New York Comic Con. We’ve set out to make the best and most ambitious series ever produced in the digital space – one that will live up to the high standards we’ve set in publishing,” said Valiant CEO & Chief Creative Officer Dinesh Shamdasani. “As Valiant gears up for an upcoming slate of film, television and video game releases, we felt the timing was right to begin to produce live-action digital content that would both give ours fans an experience truly worthy of the Valiant Universe, while also introducing new fans to the Valiant characters in the same way the animated television shows of the 1980s and 1990s did for comics in years past. Get ready to lose your mind – seeing Ninjak in action for the first time in nothing short of incredible.”

The secrets behind Valiant’s highly anticipated, high-octane series will be revealed on October 8th, 2016 during the VALIANT x BAT IN THE SUN: TOP-SECRET PROJECT panel presentation, only at New York Comic Con 2016! Be there as Valiant CEO & Chief Creative Officer Dinesh Shamdasani, Associate Director of Digital Media & Development Josh Johns, and directors Aaron & Sean Schoenke join stars Michael Rowe, Jason David Frank, Derek Theler, Chantelle Barry, Kevin Porter, and Ciera Foster – plus a special guest appearance by John Morrison – to unveil an exclusive first look at footage from Ninjak’s bone-breaking live-action debut. Fans in attendance will receive an exclusive giveaway item available only at Saturday’s panel, which will then be followed by an all-star cast signing at the Valiant booth (#1635).

Not at NYCC? Never fear, because fans worldwide can follow all of the major news and announcements live from the VALIANT x BAT IN THE SUN: TOP-SECRET PROJECT panel presentation live on Twitch‘s Hyper RPG channel at twitch.tv/hyperrpg! Don’t miss a moment of the action as Ninjak steps off the comic page and into Valiant’s first original series, right here with Twitch‘s Hyper RPG!

Plus: Get an advance sneak preview of the epic announcement to come right now at AMC on the latest episode of Geeking Out with Kevin Smith and Greg Grunberg! Last month, Geeking Out’s Tiffany Smith paid a visit to the Los Angeles set of Valiant’s top-secret Ninjak project to take an all-access trip inside the Valiant Universe and go toe-to-toe with star Michael Rowe. Watch a behind-the-scenes segment online to see for yourself why Ninjak is going to be taking New York Comic Con by storm in just a week’s time for an amazing announcement like no other:

Valiant Entertainment is a leading character-based entertainment company that owns the largest independent superhero universe in comics. With more than 80 million issues sold and a library of over 2,000 characters, including X-O Manowar, Bloodshot, Harbinger, Shadowman, Archer & Armstrong, and many more, Valiant is one of the most successful publishers in the history of the comic book medium. Today, the company’s characters continue to be forged in publishing, licensing, film, video games, and beyond. Valiant consistently produces some of the most critically acclaimed comics in the industry and has received numerous industry awards and accolades, including a Diamond Gem Award for Comic Book Publisher of the Year. In 2015, Valiant announced a multi-picture deal to bring Bloodshot and Harbinger to the big screen as feature films.

About Bat in the Sun Productions:

Founded by Aaron & Sean Schoenke in 2001, Bat in the Sun Productions is one of the leading producers of scripted original content in the digital arena. Their flagship show, Super Power Beat Down, is one of most successful original series in YouTube history and features popular heroes and villains leaping from the comic page and onto the screen for a winner-take-all battle decided by fans across the globe. The success of Super Power Beat Down has launched Bat in the Sun’s Youtube network into worldwide notoriety and popular acclaim with nearly 2 million subscribers and more than 200 million views.