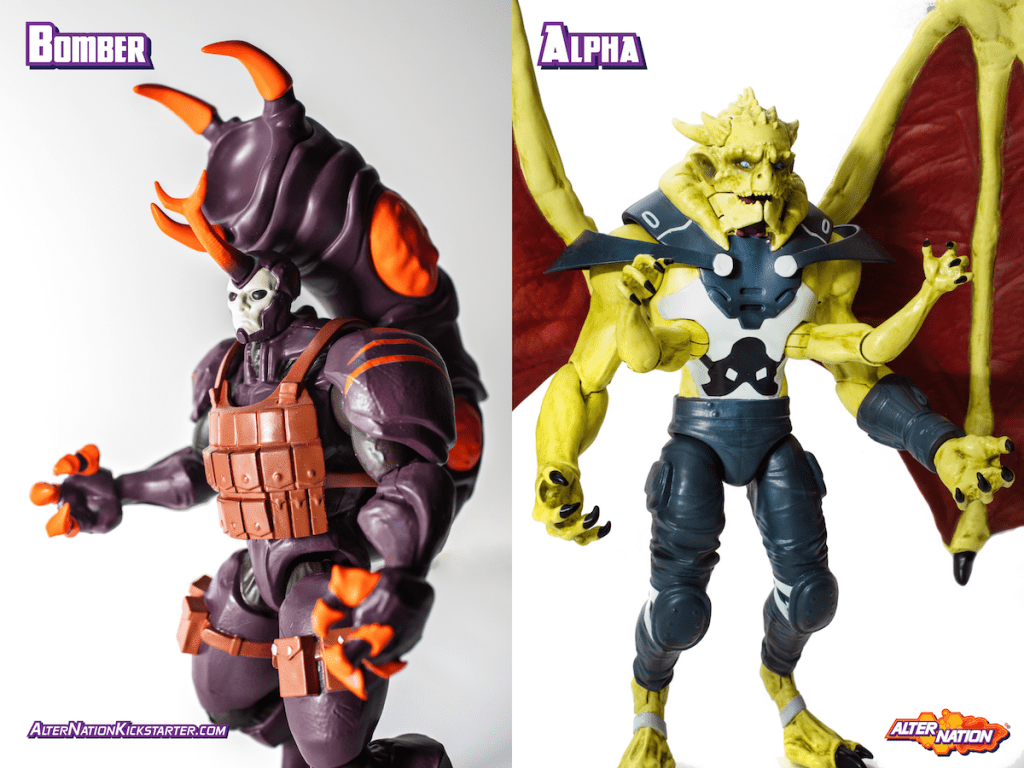 Setbacks from COVID-19 restrictions aren’t going to stop Panda Mony Toy
Brands. Cancellations of the company’s 2020 live-event tour for its Toy-of-the-Year-nominated action figure brand, Alter Nation, compelled them to change their marketing approach, and even relocate to Tennessee.

At its Christmas 2019 brand launch, Alter Nation packaging indicated two new villains, Alpha and Bomber, would be “coming soon.” Panda Mony has been receiving regular fan inquiries asking when these figures will
be available, but excess inventory intended for conventions and retailers made it nearly impossible to bring in new products.

“Like most small businesses, the restrictions did a number on us,” said company president Ryan Magnon. “Production has to be planned well over a year in advance, so we made enough product to carry us through
2020, but then the niche toy shops were all forced closed, and conventions, where we planned to sell directly, were all postponed.” After taking 2020 to rebound, the company decided to take production of the new figures
straight to the fans using Kickstarter.

“It took us time to adjust to an online-only strategy and clear out inventory, but now we’re glad we’re able to get kids and fans involved in helping us fulfll our promise of new Alter Nation toys!” said Magnon.

The Kickstarter is going on now until August 30. Along with taking pledges, the company will be offering backers insights into the future of the brand and company. They’ve already started taking suggestions on the
campaign pre-launch page, AlterNationKickstarter.com.

Founded in 2017, Panda Mony Toy Brands, LLC is a toy manufacturer, outspoken against sequels, reboots, and remakes, that develops only new entertainment brands and licenses for today’s kids.