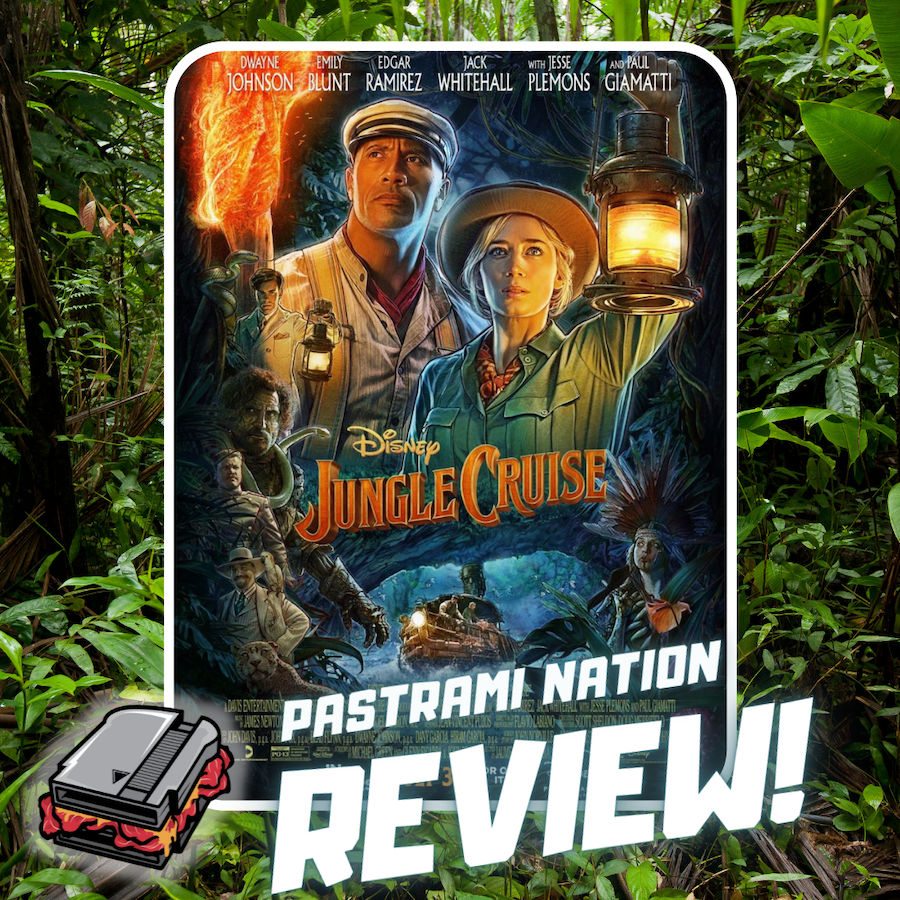 Disney is synonymous with fun for all ages. And The Jungle Cruise is just that. We went to the theaters, knowing full well that this would be a “popcorn” movie. Nothing that takes itself too seriously. And it’s Disney. Enough said.

From the beginning, we were entranced, transported back into the Disneyland of our youth. The “boring” ride that sits right next to Indiana Jones, which was much more enticing to its thrill-seeking, younger visitors at the time of its opening. As our Disneyland trips increased, so too did the need for the dry humor and downright silliness of The Jungle Cruise. In my humble opinion, it’s like wine: the better it gets with age. And Disney’s movie of the same name pays its homage. Exactly.

That same hilarity has not lost its touch. The movie opens with a slightly updated version of the comedic spiel recited on the ride. And Dwayne Johnson delivers! He is the perfect skipper to ferry his passengers in search of the mysterious tear petal, only found deep in the jungle. Emily Blunt brings her strong female lead characteristics to the fun! Her talent has soared in this movie, aptly being able to tiptoe the line of the ‘silly female’ to being able to stand strong in an otherwise displeasurable situation. And I have saved the best for last.

I (Rebecca) have always been a movie music buff. Over the years, that enjoyment has waned a bit. Soundtracks have become more “electronic” if you will, depending more on synthesizers and rhythms. The Jungle Cruise, however, has brought audiences back to the older blockbuster action hits. The score by James Newton Howard has caused a yearning for those big movies, complete with big orchestral talent–hence why I (Rebecca) bought the digital album and am currently listening to it as I write this. Pair the music with excellent writing and acting, and you’ve got the best movie I’ve seen released yet!

For me (Nolan), this is what we need instead of another retread of Indiana Jones. Dwayne Johnson, Emily Blunt, and the entire cast of characters capture the Disney magic with ease, and that is no easy feat. In a world full of remakes and dull, boring films-Jungle Cruise was a breath of fresh air. From the acting to the graphics, to the fantastic musical soundscape Rebecca mentioned (which has a riveting touch of Metallica for good measure- trust us: it works.) I think it is safe to say that this is the best movie of 2021 for us so far and is the best blockbuster film I have seen in years.

The Jungle Cruise is reminiscent of the greats: Indiana Jones, The Mummy, and the like. No more, no less. Nothing but a fantastical journey. I have not walked out of theaters with a big, goofy smile–feeling like a kid again–in a very long time.

Rating: FOUR AND A HALF Pastrami Nations out of FIVE