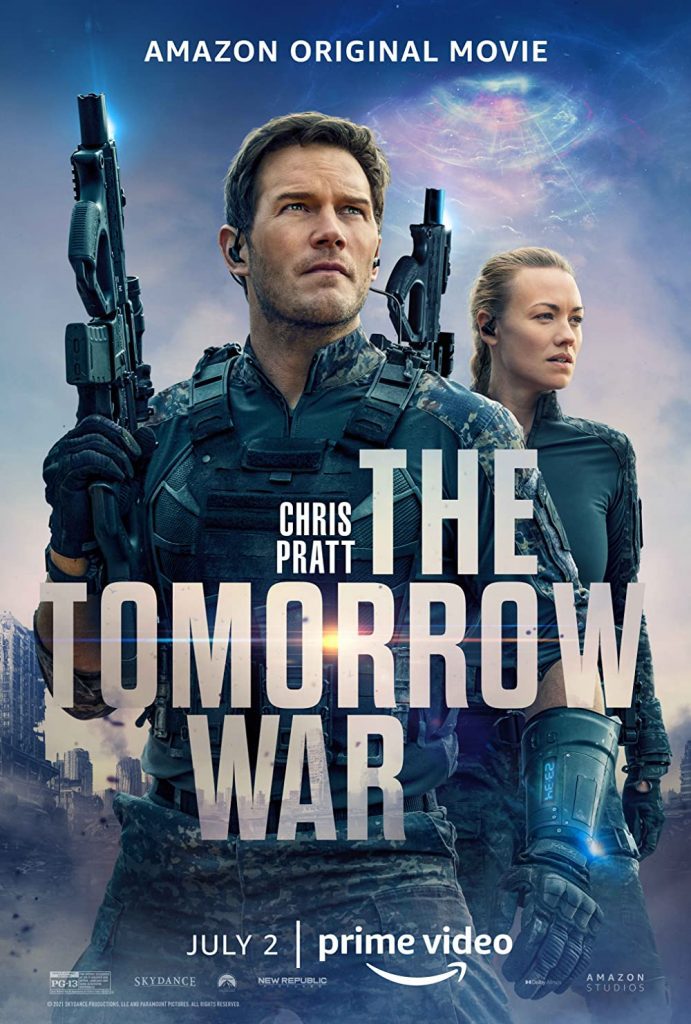 It appears that streaming services have really been trying to up their game when it comes to making movies. Following the star-studded offering of Army of the Dead at Netflix, Amazon has countered with its own big-budget, Chris Pratt action-thriller, The Tomorrow War.

The movie is a fun mix of action and thrills, along with tragedy and hope. Humanity has to take from its past to save its future, which it seemingly does. But at what cost. Whenever time travel is involved, there is always some temporal messiness that seems to follow. That is the basis of the five questions below. What are the consequences of saving the world?

1. By saving the world, did Dan and his team cause a paradox?

It depends on which theoretical physicist you ask. When they killed the aliens before the invasion ever started, they changed the timeline. Dan never went back and got the toxin if there was no invasion, and then the invasion did happen. This is known as the “grandfather paradox.” According to Doc Brown, this will result in the destruction of the universe. Since that didn’t happen, it is likely that they started a new branch of the timeline, or they followed the Avengers: Endgame logic of time travel. Either way, they did create a paradox, but it did not destroy the universe(s).

2. Did Dan cancel out his impending death?

During the course of the movie, viewers learn that after Dan returns from the war, he suffers the same post-war trauma that his dad did. He left his family and died in a car accident in 2030. By preventing the war and vowing to stay with his family, did he change his fate and remove the swinging scythe from over his head? I believe he did. If he does not leave his family, chances are that he would not be on the road at that specific time. That said, if I were Dan, I would not be taking any chances. I would spend the entirety of 2030 locked in my house and not emerge until January 1, 2031.

3. What about the people who jumped forward and died in the war?

If there is no war, were those people spared their likely terrible demises in the future? Most likely, no. As the first question above states, Dan’s team probably created a new branch of reality when they prevented the war. That means that the people who jumped forward actually jumped to an alternate future, so unfortunately for them and their families, their tragic fates will stand.

4. Will humanity jump forward in technology following the movie?

When Dan returned, and the offshore jump site was destroyed, that severed his time’s link to the future, right? No. The base where he jumped from still existed. It is loaded with future tech. I would imagine that the government would confiscate the tech from that site and reverse engineer it. I think that the second time 2051 came around, humanity would be much further along technologically speaking.

5. Can two of the same person exist at the same time?

6. Who sent the aliens, and were they meant to go to Earth?

I know I said five questions, but this one has been bugging me as well. It looks like the white claw aliens were a planet-killing weapon. Were they supposed to come here, or did they crash land by accident? I guess we will find it in the sequel!