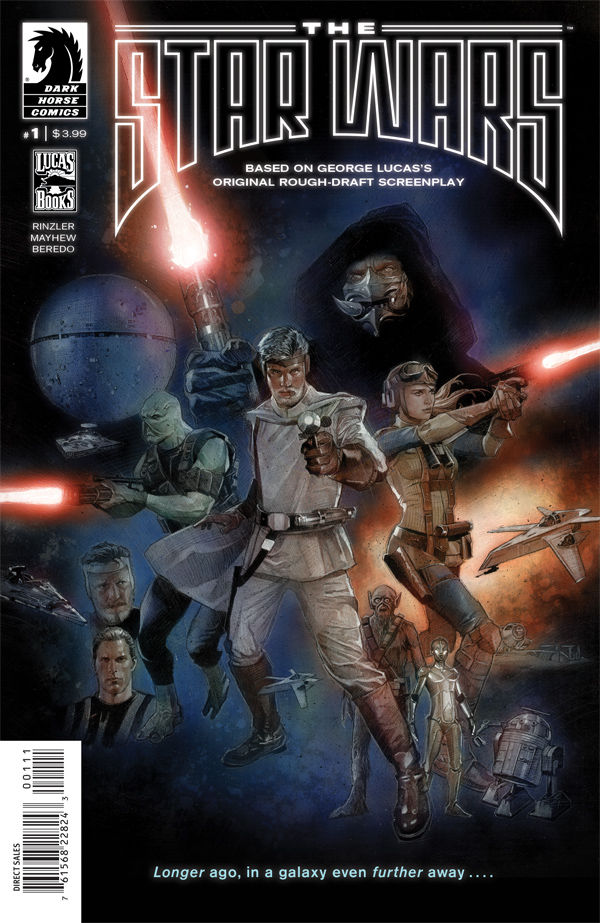 It is one of, if not the biggest, franchises in the entertainment industry: Star Wars. We know the movies, we love the characters, we know the lines from the films and love the ride at Disneyland. There are countless licensed merchandise floating around at any given store, from video games to action figures to PEZ dispensers. We know Star Wars, just not The Star Wars.

The Star Wars is the film that never was; this groundbreaking comic series is based on the original rough script that George Lucas originally had planned. There are plenty of the story elements that remain the same: we still have a young hero going against an evil regime, we have the Jedi, a dashing anti-hero, someone that is more metal than man, we have a princess, and even a Darth Vader. It’s just nothing is what you would expect.

Luke Skywalker isn’t the whiny moisture farmer we remember: no, here he is a battle hardened general that bears a striking resemblance to George Lucas himself. Annikin is the young hero of the story, and the world is very, very different than what eventually became Star Wars. I don’t want to spoil anything, but even though the story is different, we still get some star spanning action, complete with light up swords, cool masks, and some distinctly Star Wars battles.

J.W. Rinzler pens this story, and does so gracefully. The book is an amazing entry point into a Star Wars universe that could have been. Mike Mayhew provides some absolutely stunning interior artwork, more than deserving of the Star Wars name. By the end of the issue, I wanted more. I want to see who shows up next and in what form, and how this crazy story eventually ends. This inaugural issue blew me away, and I think Star Wars fans across the globe will enjoy this piece of entertainment history as much as I have. Hands down, this gets a FIVE out of Five, the force is strong with this one.