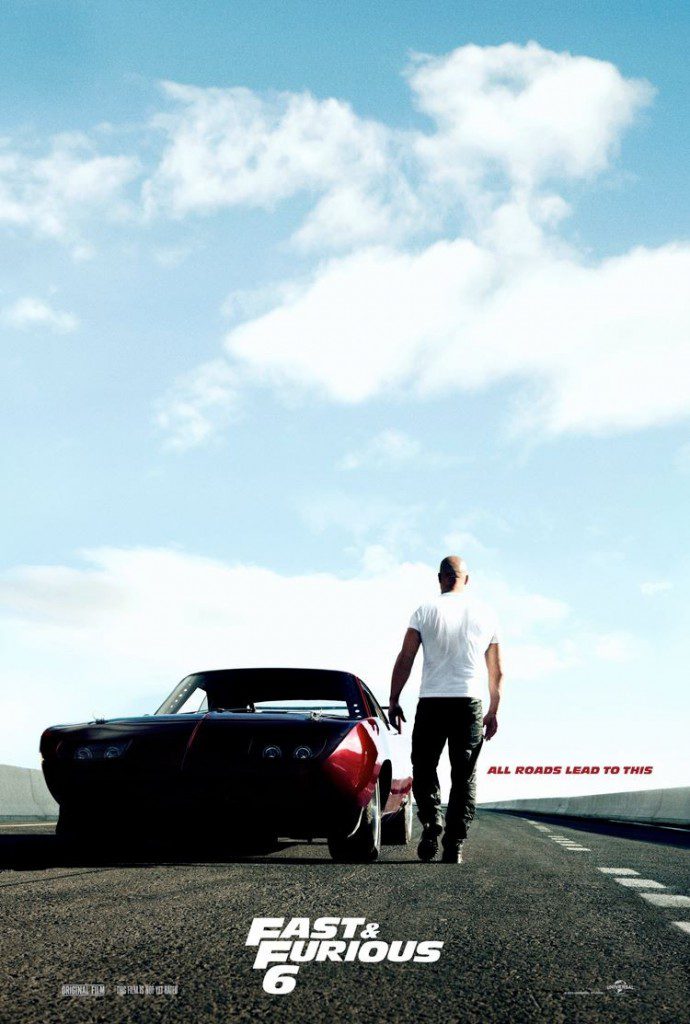 (Victorville)—Fast cars, fast action, furious explosions; these are all aspects we have come to love about the Fast & Furious series. What started in 2009 as a pretty cool flick with Vin Diesel, Paul Walker and some amazing cars has now become a full-fledged film franchise. With this being the sixth film in the series, does the tried and true formula surpass the competition, or is it just left in the dust?

Directed by Justin Lin, no stranger to the franchise either, Fast & Furious 6 fires on all cylinders all the way to the finish line. Dominic Toretto (Vin Diesel) is back with his crew of drivers, but this time: it’s personal. Special Agent Hobbs (Dwayne Johnson) brings news that Toretto’s thought dead love Letty (Michelle Rodriguez) is alive and well, and working with a new crew, a new leader (played by Luke Evans), with menacing plans for the future. This brings the team out of their “retirement”, and gives the original duo Toretto and Brian O’ Conner (Paul Walker) time to do what they do best: drive.

Since the last installment, which added action superstar of the year Dwayne “The Rock” Johnson, the franchise has a whole new feel, and it’s a good thing. This sixth installment is action packed, with crazy action scenes, plenty of high-speed chases, and a few over the top surprises. At some points in the film, you might chuckle a bit to yourself for how outrageous it all seems, but it’s entertaining, and that’s what matters.

The film delivers on all fronts for a blockbuster popcorn flick. Not only that, but it has an amazing end credit scene that sets up the next film perfectly. The only shame here is having to wait for Fast 7. If you are looking for a fulfilling, fists flying, explosion laden film, then this is a must see.