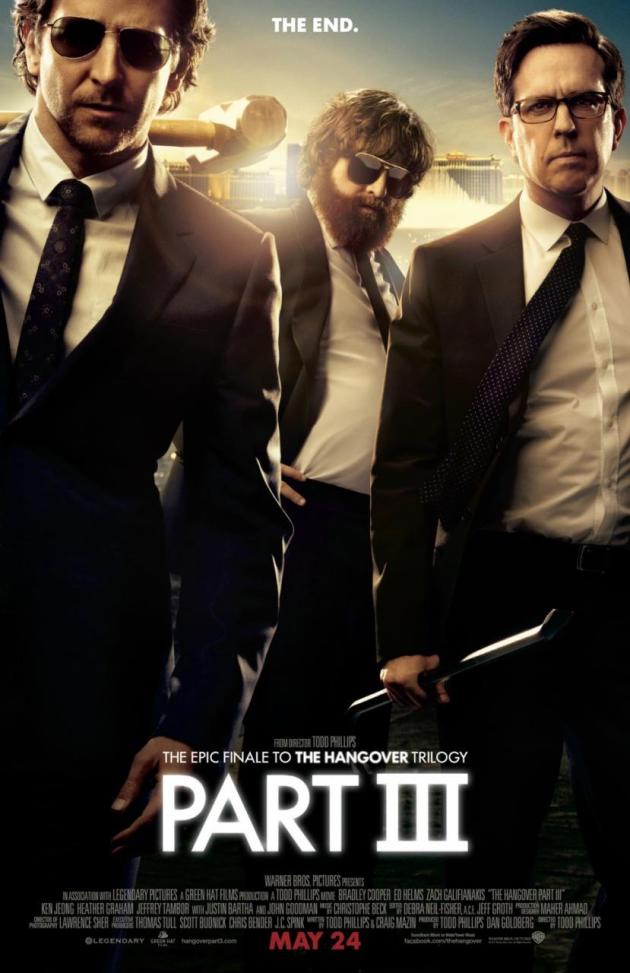 (Victorville)—It was one of the funniest movies in recent memory: The Hangover was a hit, no doubt about it. Then, with the anticipation for the sequel reaching an all time high, the series failed to deliver. Instead of everything we loved in the first film, we got pretty much the same film, but much darker, and a lot raunchier. Now, the final installment for the series is here: but is it a classic like the original, or something we would like to forget like the sequel?

Directed by series director Todd Phillips, The Hangover, Part III has a lot more in common with the original, thankfully. The redundant formula of a hangover paired with disastrous results really doesn’t exist here, but what we get is still entertaining. The Wolf pack is back, Stu (Ed Helms), Phil (Bradley Cooper), Doug (Justin Bartha) and Alan (Zach Galifianakis), and this time tragedy has brought them together as Alan’s father (Jeffrey Tambor) passes away. This forces the group to drive their awkward pal Alan to get some much-needed mental help, but nothing ever goes smoothly for these guys. Before they know it, they’re crossing paths with an angry mob boss (John Goodman), the notorious Mr. Chow (Ken Jeong), and one of them ends up kidnapped: wonder which one?

The crudeness of the second film is almost gone, replaced with some genuinely funny parts, plenty of explicit language, and some twists and turns along the way. I wish I could say all the crude scenes were gone, but by the time the film is all the way over, we get more of what the sequel brought to the table. The guys themselves all do a superb job, going out in grand style and tying up any loose ends. By the end of the film, I was satisfied with the ending as I bid farewell to a comedy hallmark in The Hangover series.