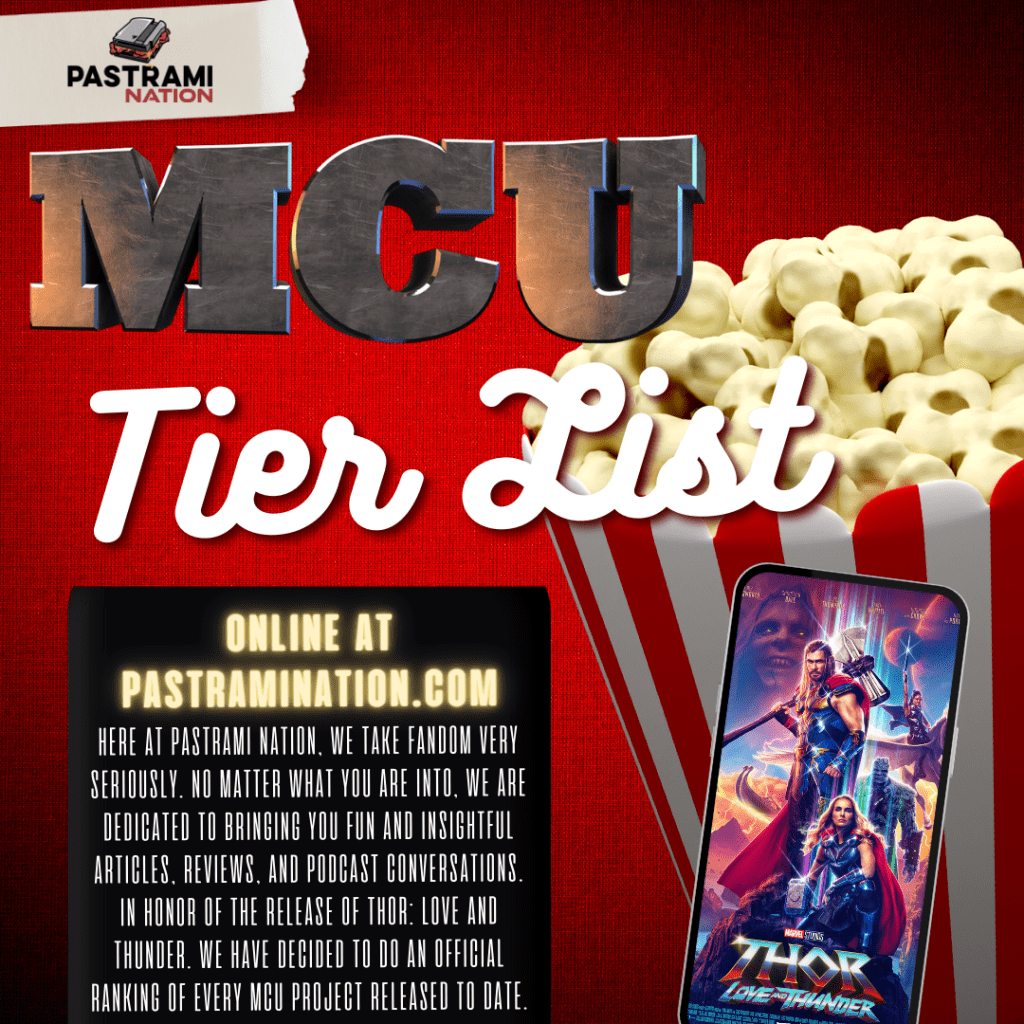 Here at Pastrami Nation, we take fandom very seriously. No matter what you are into, we are dedicated to bringing you fun and insightful articles, reviews, and podcast conversations. The Marvel Cinematic Universe has been one of the most significant phenomena to sweep the world of pop culture for almost 25 years.

Starting in 2008 with the release of Jon Favreau’s Iron Man, it has dominated the conversation (and box office) for fans and your average Joe alike. Producer Kevin Feige had an idea to bring a world we have never experienced in live-action to life in a way we have never seen before. Inspired by the comic books that the characters are based on, what if we experienced them like they were presented on the page? What if we could tell these individual stories and piece them together like a giant puzzle, culminating in one of the most ambitious projects Hollywood had ever produced? With some help from Paramount Pictures, Universal Studios, and most importantly, Disney, Feige realized his vision and what a whirlwind it’s been.

The series has captured the imagination of people around the world, and it is set to release its latest offering, Thor: Love And Thunder. In honor of that, we have decided to do an official ranking of every MCU project released to date. This list includes every movie in the MCU and Disney+ television show produced to date. There are a couple of obvious exclusions, but let’s explain those a bit. While considered canon, the Netflix shows don’t fit within the overall picture. We have seen characters from those shows appear in other things, but their individual stories haven’t had an effect on the world as a whole. Fox’s X-Men series and Sam Raimi’s Spider-Man trilogy can now be considered part of the MCU also, but they aren’t included in this list for the same reason stated above.

The system we used to rank these was quite simple. A group of writers and contributors for Pastrami gave a number score to each film and tv show. We then averaged out the numbers, and BAM! We got it! The scale we ranked them on was as follows: 1- Bad, 2- Ok, 3- Good, 4- Great, and 5- Incredible. We also used the same scale for the official ranking.

And there it is! Where did your favorite MCU movie land? Do you agree with our ranking? Let us know what you think!

Be sure to check out Thor: Love and Thunder in theaters now!