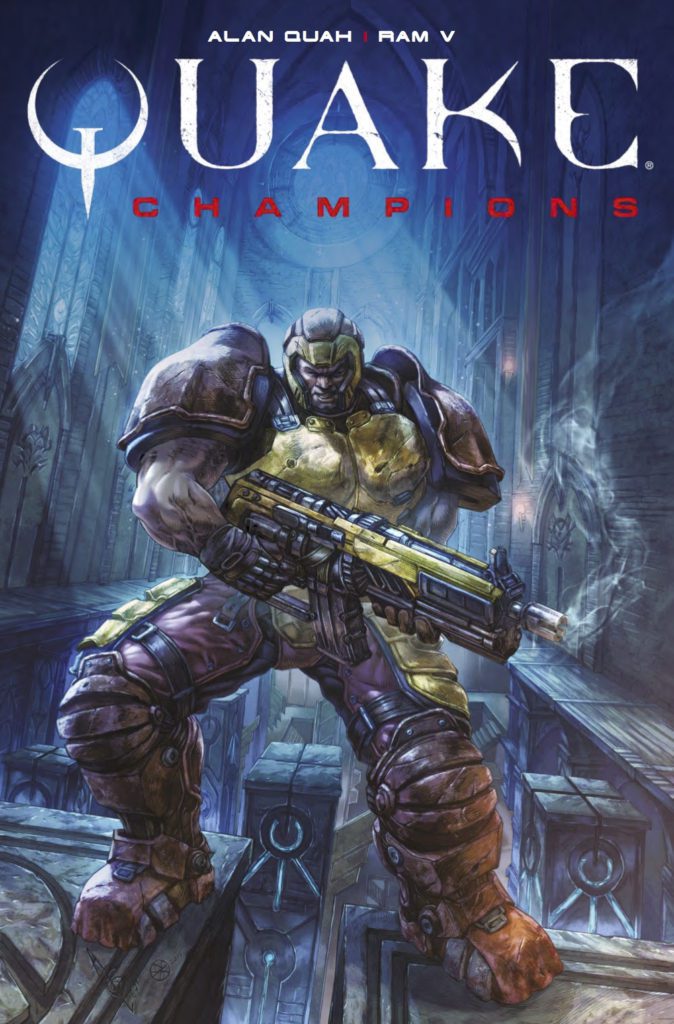 On Tuesday, May 29, 2018, we see the launch of the Quake Champions graphic novel based on the hugely popular video game series! Written by Ram V (Paradiso), with sensational art by Alan Quah (Dark Souls) from Titan Comics.

Titan Comics’ new Quake Champions graphic novel delves into the bloody backgrounds of the Champions of Quake – Ranger, Visor, Nyx, and more, so get ready for the grisliest inter-dimensional frag-fest you’ve ever laid eyes on!

While the Earth burns in a war without end, grim fighters from the far reaches of the hellverse battle through nightmare dimensions in search subsistence and salvation. Trained to kill, scavenge, survive and locked in a never-ending gauntlet of bullets and bloodshed, only one of these Champions shall prevail.