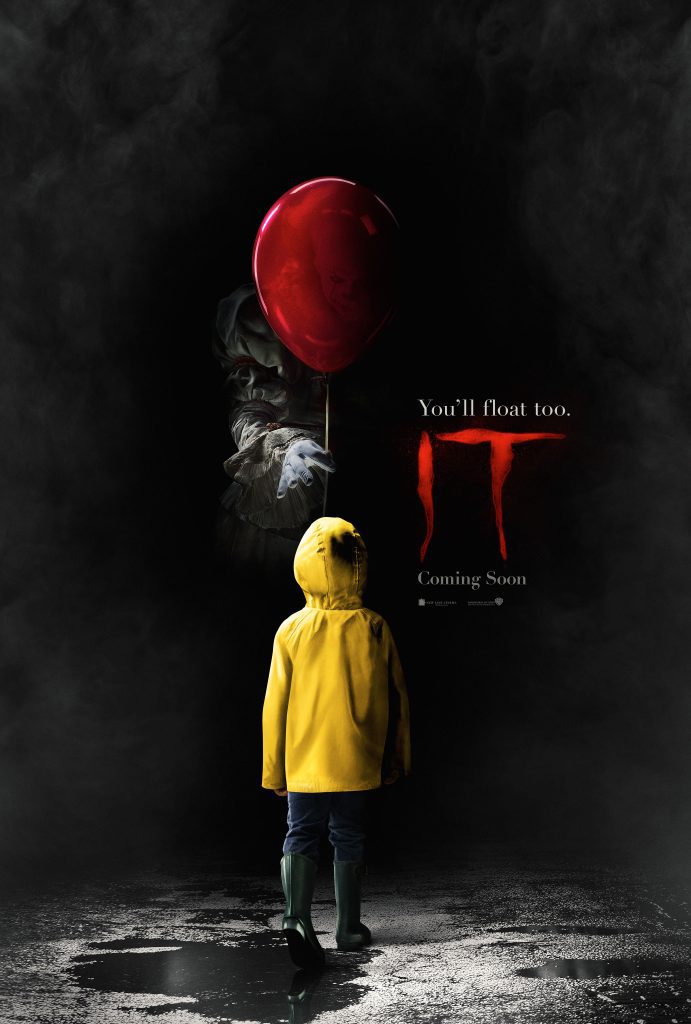 It Review: Something To Fear Now

Back in 1990, one of the most iconic horror films made its debut and frightened viewers for decades. Now, 27 years later, a number that holds significance with the film, we get a remake of Stephen King’s It.

Directed by Andy Muschietti, the film takes place in the town of Derry in the 1980’s, as we follow an eclectic group of kids who are trying to find the reason to a string of missing children as of late. Of course, the cause of this being a terrorizing being known as Pennywise the Dancing Clown (Bill Skarsgard). Much from the 80’s film and book are present, as we get the group of “losers”: Bill (Jaeden Lieberher), Ben (Jeremy Ray Taylor), Beverly (Sophia Lillis), Richie (Finn Wolfhard), Mike (Chosen Jacobs), Eddie (Jack Dylan Grazer), and Stanley (Wyatt Oleff), all with quirks and issues all their own.

The film looks amazing, that should be said first. The movie captures the 80’s feel and vibe all while looking amazingly current. The film serves as a love letter to the original film and to the master of horror, Mr. Stephen King. One of the strongest parts of this film has to be the cohesiveness of our young heroes. From Bill’s struggle with his missing brother Georgie, to Beverly’s creepy home life and Richie’s spot on jokes and sarcasm, this is a group to be reckoned with. As is there antagonist, the newly reinvented Pennywise.

Clowns are a phobia for many, and this version of the iconic clown isn’t going to help with that. Skarsgard owns the performance of the monstrous clown, creeping out a whole new generation of viewers. The mind games Pennywise plays with each kid is frightening, and with technology in this day and age, it has never looked scarier.

Remakes are very hit or miss- mainly miss recently. Yet, It comes out swinging and shows how to do it right. A frightening flick that has freaked out many people I know already, It surpasses the original in my opinion and leaves me waiting for chapter 2. If you are looking for not only a great horror flick, but one of the best films in 2017, then here “It” is.