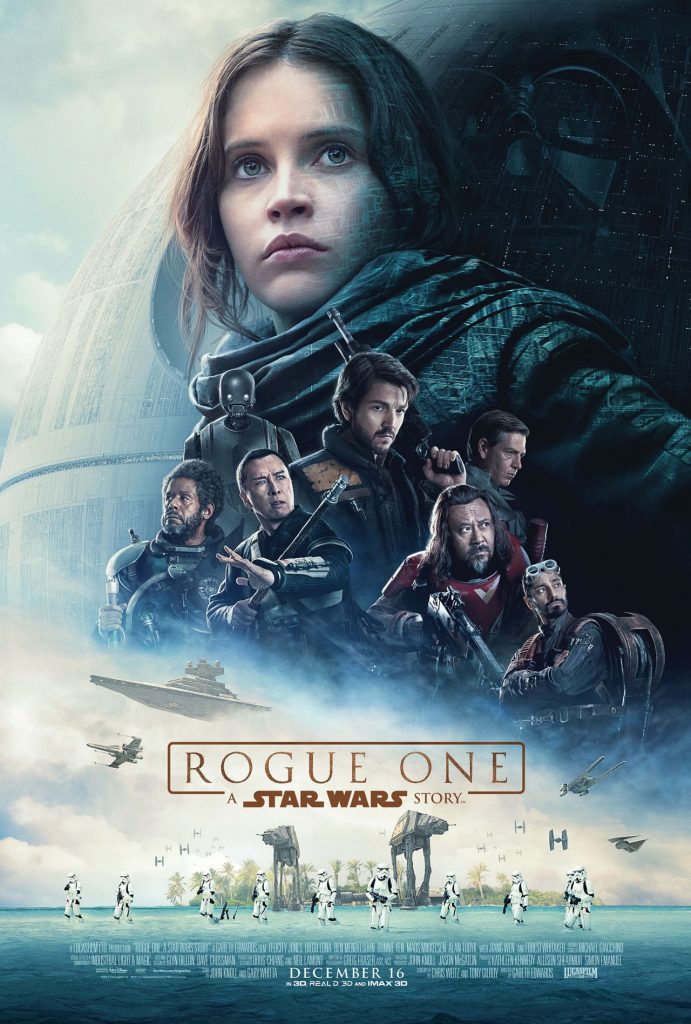 Rogue One: A Star Wars Story Review- Expanding the Universe 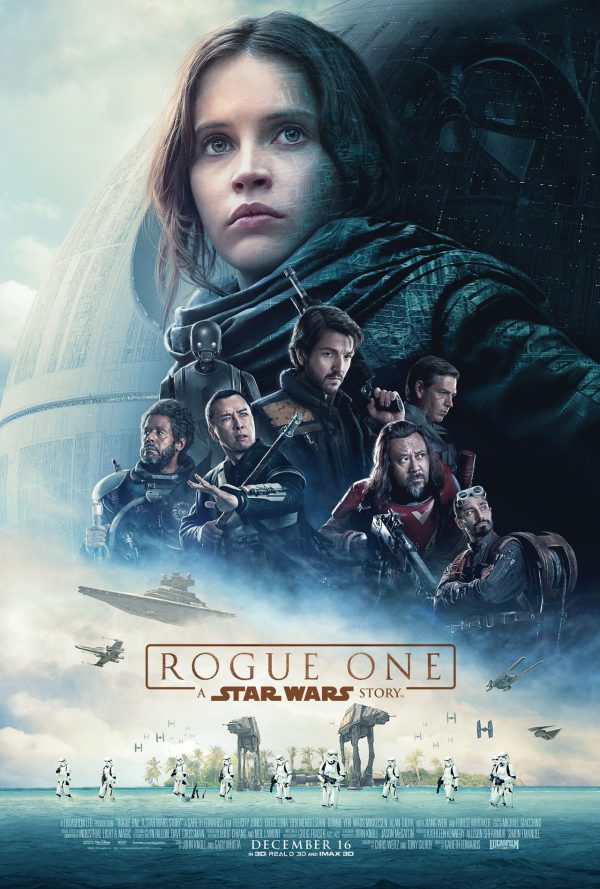 Rogue One Lives Up to the Hyperspace Hype

It has been the talk of 2016, and now we finally see how the first stand-alone film in the Star Wars franchise turned out. After attending the premiere of Rogue One: A Star Wars Story, I can say I was honestly shocked and stunned.

Rogue One blew away any of my expectations.

Directed by Gareth Edwards, the film takes place between Episode 3- Revenge of the Sith, and the classic Episode 4- A New Hope. The protagonist is a Jyn Erso (Felicity Jones), a young member of what is left of the Rebellion with strong ties to the killing machine known as the Death Star. She is joined by Rebel Captain Cassian Andor (Diego Luna), reprogrammed droid K-2SO (Alan Tudyk), blind Jedi faithful Chirrut Imwe (Donnie Yen), his comrade Baze (Wen Jiang), and former Imperial pilot Bodhi (Riz Ahmed) as they attempt to steal the plans for the Death Star.

Rogue One is probably the most brutal Star Wars film I have seen. The gritty toils of war, the view from those without force powers or lightsabers is a welcome change to the universe, and provides a very grounded view. Jyn is the driving force here, constantly moving forward to finding out what happened to her father. The standout of the film has to be the witty droid K-2SO, who shows a completely different side to droids. His snarky remarks and ability to hold his own in a fight really make K-2 the easy favorite of the entire group. I would say the second favorite would have to go to Chirrut, who though blind, is more than capable of defending himself and is completely devoted to his belief in the force.

The villains here are a mix of old and new, with Orson Krennic (Ben Mendelsohn), an officer for the Empire and the one in charge of making sure the Death Star is complete, being joined by a new breed of Stormtroopers: the black armor clad Deathtroopers, who seem to posses the ability to actually hit a target with their blasters unlike their counterparts. A few familiar villains make an appearance as well, but for spoiler sakes, I will not mention whom.

The film, well still maintaining the look and feel of a Star Wars film, is vastly different, as there is no one singular destined hero to save the day: these “heroes” all have flaws, all have secrets, and all have lost something that has shaped their lives to this point. With Easter eggs, both blatant and secret, to tie the film to the past films, you never forget what universe this film is in. Rogue One snugly fills the gap between the prequel trilogy and the original to the point to where you’ll want to watch A New Hope immediately after seeing the film. The one thing that keeps me from giving this a 10 score is a spoiler, so I will not reveal it yet. Rogue One easily makes its place in Star Wars lore, telling a satisfying story within the confines of two revered trilogies while maintaining its own identify.