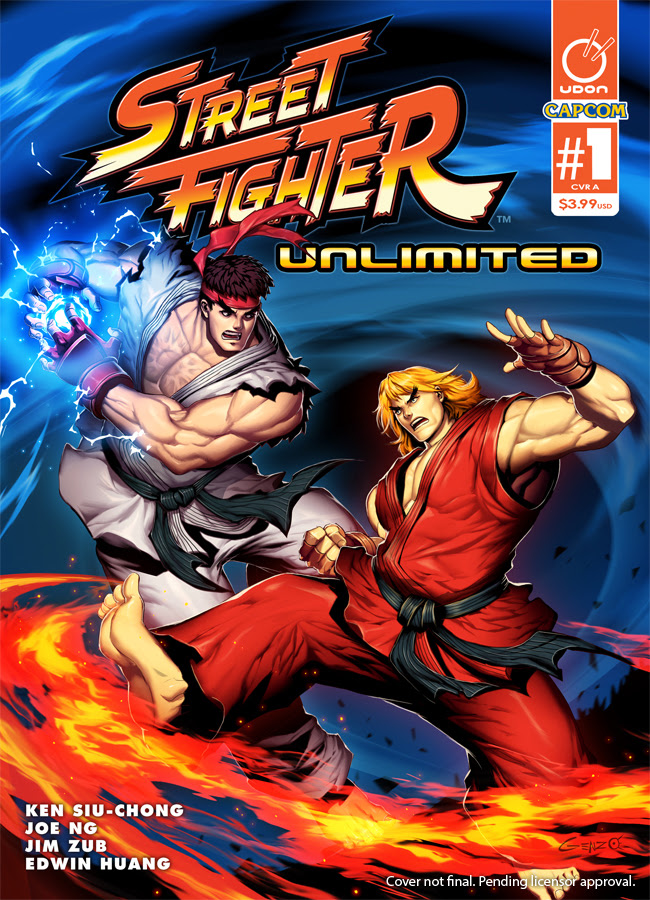 The wait for STREET FIGHTER UNLIMITED, the new hard-hitting monthly comic series from UDON Entertainment, is almost over! UDON is pleased to announce that Street Fighter Unlimited #1 will be available for purchase at various high-quality comic and video game retailers as well as digitally via comiXology on Wednesday, December 9th. Yes, you read that right: Street Fighter Unlimited #1 will be the first-ever UDON comic to receive a “day-and-date” digital release alongside the physical book!

UDON has also partnered with several comic and video game stores to provide a slew of retailer-exclusive variant covers for Street Fighter Unlimited #1, giving fans who opt for the physical book plenty of gorgeous art to choose from. The retailers who will be offering these exciting variant covers include Amazing Comic Cons, AOD Collectables, Books-A-Million, GAME, GameStop, Heroes Haven, Newbury Comics, and Strange Adventures.

The good news doesn’t stop there! Street Fighter Unlimited #1 – and every issue of the ongoing series thereafter – will ship with two standard covers courtesy of fan-favorite digital painter Genzoman and beloved UDON artist Jeffrey “Chamba” Cruz. Even more excitingly, Chamba’s covers will all connect to form one massive 12-part image showcasing all the playable characters from every Street Fighter game ever – over 60 characters in total!

It isn’t too late to pre-order Street Fighter Unlimited #1! Either head to your local comics retailer or point your browser to www.comiXology.com to reserve your copy now. You don’t even need to defeat Ryu’s Shoryuken to stand a chance!

Previews of Street Fighter Unlimited #1’s various covers can be found on UDON’s website within the following blog post: http://www.udonentertainment.com/blog/news/street-fighter-unlimited-1-retail-covers-revealed