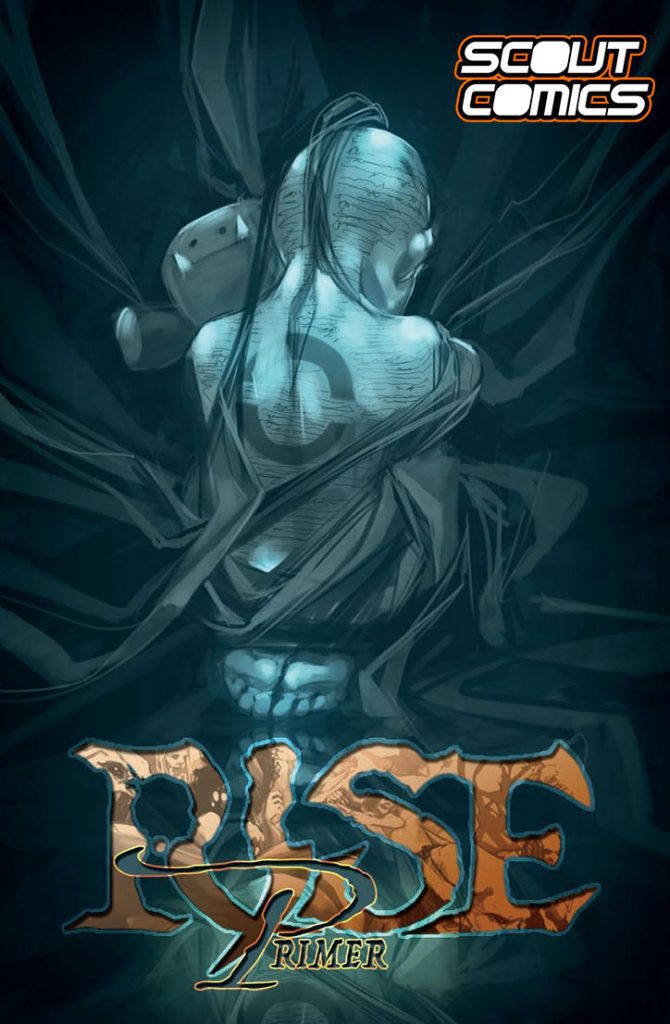 Scout Comics is Ready to RISE

Scout Comics & Entertainment, home to such breakout hits as Long Lost, The Mall and Stabbity Bunny, looks to RISE in 2019.

RISE is written and drawn by series creator Don Ellis Aguillo, and follows a young girls’ rise to becoming queen due to a series of unfortunate circumstances.

RISE is about broken, lost, splendidly dysfunctional people (is there any other kind?) who are brought together by a hope they had either lost or knew nothing of, but cling to nonetheless. Through tragic circumstances, a 9 year old girl is set to take the mantle of Queen. She will face  resistance from a power-hungry aristocracy and a horde of vampiric demons, all on the brink of war.

“Children are powerful, magical beings,” said Aguillo. “ I think kids are underestimated, especially in the world we now live in.  They’re given tremendous responsibility, autonomy, space and are constantly engaged in activity, but are still told they can never really understand the world.  I wanted to explore the weight of the world on the shoulders of a child with all these forces against her trying their damndest to make sure she fails. The world she’s in is not one of her creation and certainly isn’t close to ideal, but she has to learn it.  Technology has been replaced with magic. There’s political turmoil. There are dark roads filled with terrible beasts and vast foreign landscapes and an ancient horde of demons waiting in the shadows. And now this little girl, the youngest in her line to ever take the throne of Pacifica, has to undergo a series of trials that involves a trek into that wilderness to explore her world with the guidance of a band of reluctant individuals, burdened by their own tumultuous pasts and hidden agendas.  The little entourage is also a lens on the very fluid concept of family and the dynamics that emerge between people who are reluctantly thrown together to face this cold, scary world, and survive it.”

Scout President James Haick commented on the upcoming series and how the company feels to add the title to their ever-growing library. “RISE is an epic and deliciously in-depth tale that we are thrilled to have here at Scout,” said Haick. “The story and imagery will no doubt delight our audience, especially those who enjoy a good fantasy/adventure saga. With its involved storyline, beautifully developed characters and stunning imagery, we at Scout could not be happier to add this title to our already rich and diverse publications.”

Scout Comics & Entertainment was founded to discover, develop, and support content creators in addition to helping translate their projects to different platforms and mediums. Scout has had several hits recently, including ZInnober, Obliv18n, The Mall and Stabbity Bunny.

For more information regarding RISE, or any other Scout titles, please contact James Pruitt, Publisher, at James.Pruett@ScoutComics.com. Also, make sure to visit Scout at www.ScoutComics.com.