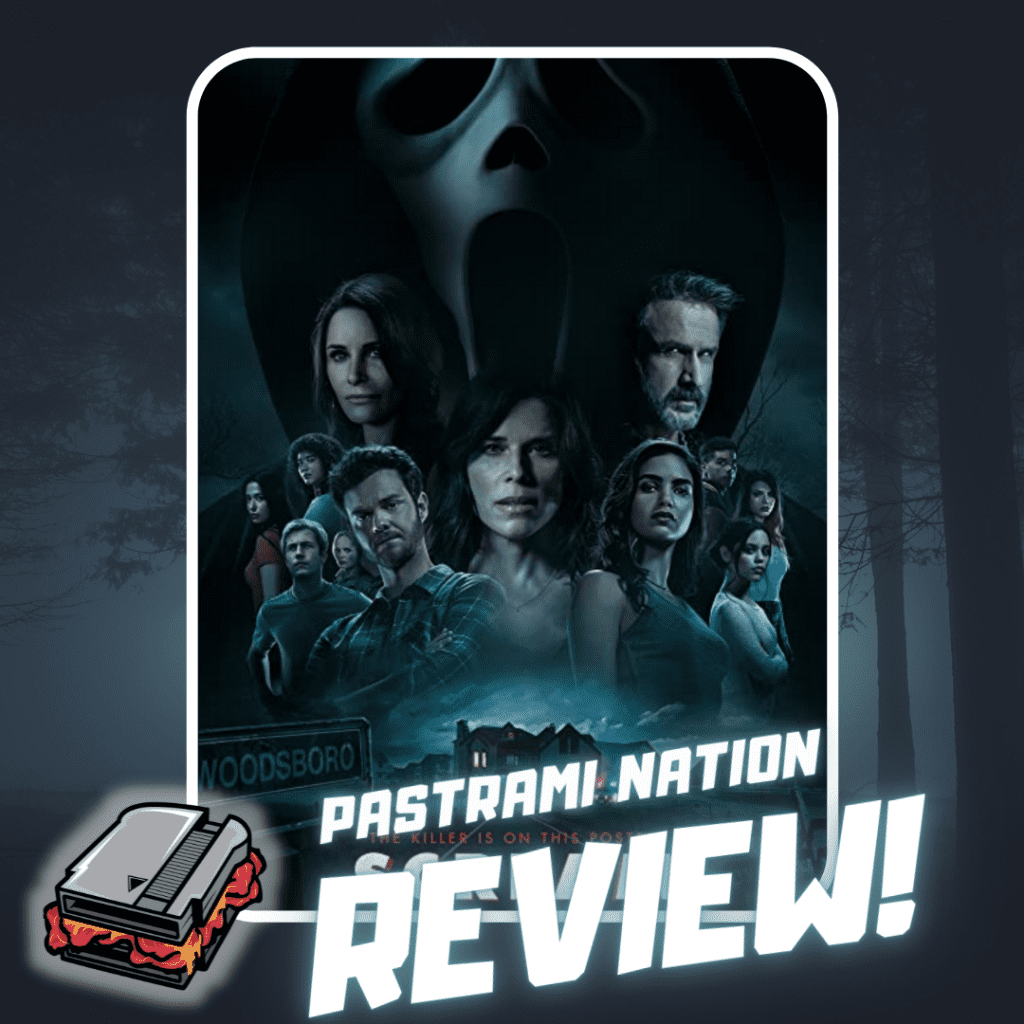 (Minor Spoilers Ahead. If you want to go in completely blind, watch it and then come back.)

Scream is a franchise that won’t quit. It’s been over ten years since Scream 4, and with the passing of horror master Wes Craven, the series seemed to be dead. A couple years ago came word that the filmmaking collective known as Radio Silence (READY OR NOT) was going to tackle a new entry in the franchise. For people who saw their previous work, it felt like a match made in horror heaven, and every detail of the production was carefully scrutinized by the internet. As soon as it was announced that the original cast was returning, the excitement went through the roof, and fans were ready for the next chapter in the story of Sidney Prescott.

What gave people pause was the title of the film itself. It wasn’t Scream 5 as many expected it would be but rather just Scream, much like the recent horror reboot of Halloween. That film erased the sequel history of the franchise with the events taking place in a world where only the first film existed. It wasn’t clear what was happening here, but the creators behind the movie assured fans that everything was cool and that all would make sense after the film’s release. After watching the film, it’s made abundantly clear why this isn’t Scream 5, but a whole new story for a new generation.

The DNA of the series is fully intact, but it feels brand new again. All of the films follow a basic formula, and this one is no different. A killer donning the Ghostface persona systematically terrorizes a group of people, murdering them one by one. Each time the killer is different and has a new motive, with most of them wanting to finish Sidney once and for all as their end goal. She is the ultimate final girl, and it would be an honor to take her out themselves. Things would change up this time around. While Sidney is the icing on the cake, it isn’t about her this time, rather somebody closely related to her past.

The best way to describe this new entry is a requel. It has enough of its predecessor’s DNA to be considered a sequel but also enough to be something completely different. Much like the new Halloween and Star Wars films, it is very much related to the originals and has new storylines and characters that make it feel like something new. One of the keys to a successful requel is the inclusion of original cast members. Halloween had Jamie Lee Curtis reprising Laurie Strode, while Star Wars had Mark Hamill, Carrie Fisher, and Harrison Ford reprising Luke, Leia, and Han. They were essential to the story, but the plot didn’t revolve entirely around them. In Scream, Neve Campbell, David Arquette, and Courtney Cox reprise their roles, but the plot isn’t about them this time around. They reluctantly get pulled into this story and act as the connecting tissue to all of the other films to great effect. Much like the previously mentioned legacy characters, it could have easily been a gimmick, but they are given enough to do to mean something and move the plot forward.

This is also something that the movie mentions a lot. As anybody familiar with the franchise knows, it’s all about commenting on the current state of the film while also being that very thing. The first film took on horror movies as a whole and played with the tropes and cliches. Scream 2 was about sequels, Scream 3 took on trilogies, and Scream 4 was all about reboots and modern horror. The new film is a commentary on legacy sequels and toxic fandoms surrounding them. The way they tackle it and fit it into the narrative is super meta and works 100%. There is a joke about the Stab movie directed by “the Knives Out guy” that had me laughing out loud (Rian Johnson received a ton of backlash for The Last Jedi).

As well as the legacy cast returning, Roger L. Jackson returns as the terrifying voice of Ghostface, and Marley Shelton returns as Deputy Judy Hicks from Scream 4. The newcomers to the franchise include Jenna Ortega, Melissa Barrera, Dylan Minnette, Jack Quaid, Mikey Madison, and Mason Gooding. They are all welcome additions and do an amazing job, especially Ortega and Barrera. Those two carry the bulk of the film and are tasked with bringing the series into a new era, which they pull off seamlessly. Without getting into spoilers, they are tied to the history of Woodsboro in a way we have never seen in the films, which takes things in a cool new direction.

Listen, I can talk about the Scream movies all day. The first one was released when I was sixteen years old and had such an impact on me and my love of horror as a whole. As I got older, the sequels were released and grew up with me. Sidney, Dewey, and Gale have been with me through the good times and the bad. There has always been something about watching them survive the most horrific things that gave me the confidence to pull through my toughest days. This new film isn’t all sunshine and rainbows for them, but it says a lot about life and how even the unexpected can lead to something beautiful. What directors Matt Bettinelli-Olpin and Tyler Gillett have pulled off here is nothing short of a miracle. Everything about it would make Wes proud, and the fans will absolutely love it. It’s clear that they know how much this series means to people, and I hope they know how happy a lot of us were with how this film turned out. It’s amazing, and you need to see it now!