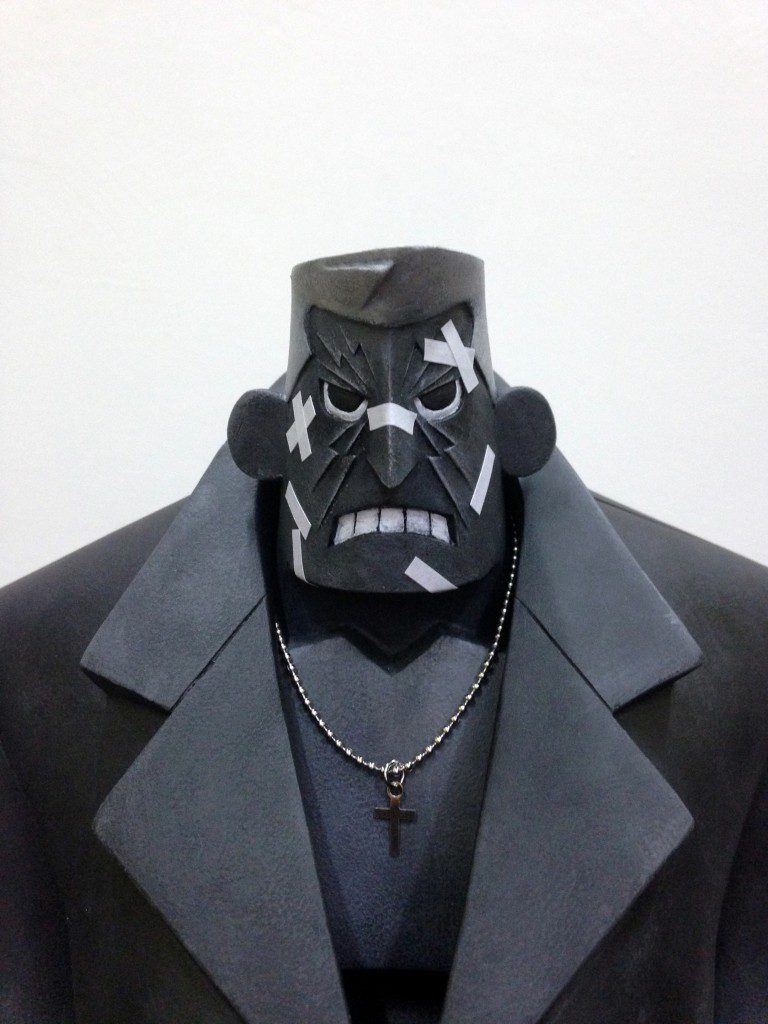 The masters of two mediums come together with an all-new, limited-edition vinyl figure of Sin City’s beloved brute, Marv! This unique interpretation of Marv was created by Eric So, a master of modern design and a leader in the Hong Kong designer-toy movement. With the guidance of Frank Miller, So has sculpted a thirteen-inch vinyl figure that is unlike any that has come before it.

While best known for his groundbreaking toy designs, Eric So is also an accomplished designer in many other areas, such as men’s fashion and accessories. He is a legend in his native Hong Kong, and has made a name for himself worldwide.

In the same spirit as his previous collaboration with Dark Horse (a vinyl figure of Mike Mignola’s Hellboy) or his Nike-commissioned statue of Michael Jordan, So favors a humorous and cartoonish approach over realism. While Marv is depicted in his customary trench coat, he has been transformed through Eric So’s unique approach to angles and features. Still, the influence of Frank Miller’s signature style shines through.

Each figure is individually hand painted and comes with a pack of band-aid stickers, which collectors may affix to Marv as they like. Also included is a certificate of authenticity, signed by both Frank Miller and Eric So.

“Besides the figure itself, the packaqe is innovative and fun” noted Dark Horse vice president of product development, David Scroggy. “Eric has come up with a gray translucent plastic blister that is the flat front of the box. The Marv figure inside is visible in silhouette. The outer surface is over-printed in white, creating the illusion of a shadowy Marv walking in the snow. This was inspired by Miller’s classic Silent Night story. It is a striking package design.”

Frank Miller is widely acclaimed worldwide for his comic work and boasts multiple Hollywood successes, including two adaptations of his masterwork, Sin City. Marv is one of Sin City’s most memorable characters, in both comics and film.

This beautiful thirteen-inch piece will be produced in a limited run of 950 and will arrive just in time for the release of Frank Miller’s Sin City: A Dame to Kill For. Mark your calendars for September 10, when this figure goes on sale for $150.