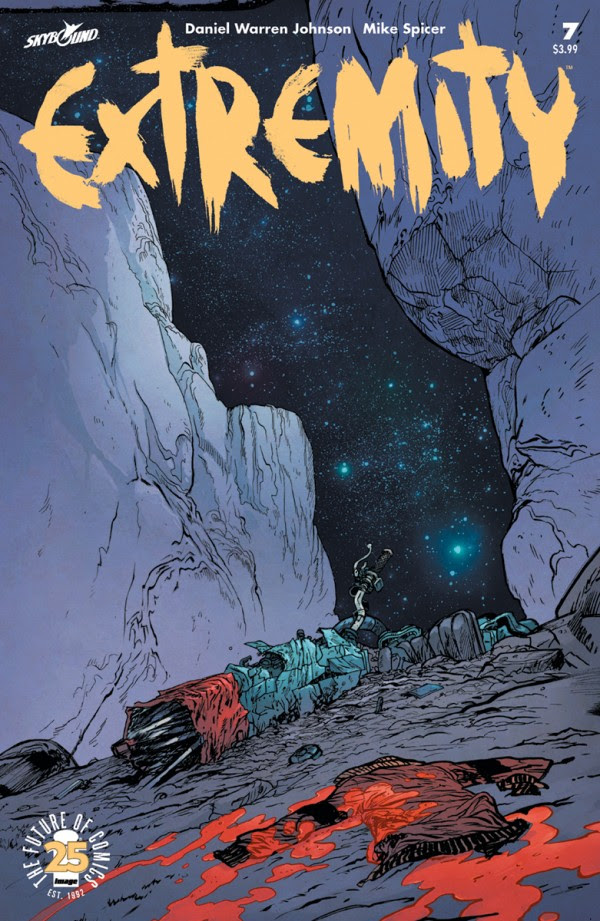 Superstar writer/artist Daniel Warren Johnson (Space Mullet) and colorist Mike Spicer will kick off a new arc in the dystopian epic this October from Image Comics and Skybound Entertainment.

In EXTREMITY, an endless cycle of violence has taken an incredible toll on two cultures—and one family in particular. Thea was once a gifted artist, but in the wake of a brutal amputation, she became consumed by a thirst for revenge. In this seventh issue, Thea and her brother Rollo enter the Ancient Dark, where they are hunted by things that dare not live in the light above.

“The second arc is something I’m excited to share with everyone,” said Johnson. “I put a tremendous amount of time into building up the world below that readers haven’t seen yet, so it’ll be refreshing to finally show it off!”

“With a visual sensibility that combines medieval design with futuristic sci-fi elements and a heavy dose of Mad Max, EXTREMITY is a stunning book with bold coloring from Mike Spicer.” —AV Club

“EXTREMITY is as beautiful to read as it is visceral.” —Multiversity Comics

“EXTREMITY is an excellent series and worth every moment of time you spend on it.” —Comic Bastards