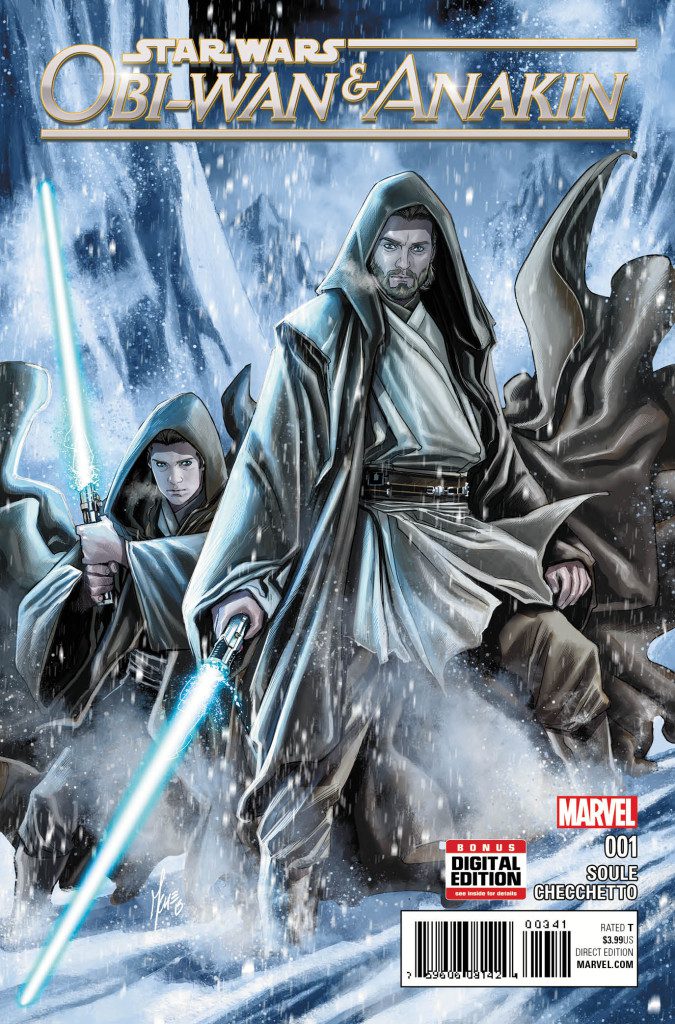 As The Force Awakens continues to destroy the box office, Marvel continues to crank out comics based in a galaxy far, far away. But this is the first from the house of ideas that is set during the much criticized prequel years. Set between The Phantom Menace and Attack of the Clones, we see the Jedi duo of Obi Wan and Anakin rush to the aid of a planet in need.

Written by Charles Soule (Daredevil, 27) with art by Marco Checchetto (Star Wars: Shattered Empire), the series starts with Anakin on the fence about staying with the Jedi order, and Obi-Wan honoring his promise to Qui-Gon by taking the young Vader under his wing. We see the mentor relationships Anakin has to choose from, with Obi-Wan and Palpatine, both having his “best interest” at heart. The duo is dispatched to a war torn planet after receiving a distress call, but after being shunned from the Republic’s help in the past, what shape is this planet in now? And who made the call to the Jedi Order?

I know many Star Wars fans would like to think the prequels never happened: but by doing that, we lose a lot of the rich history of the characters that went on to make the original trilogy a classic. Soule does an outstanding job with his foray into the Star Wars universe, giving us a look into the ever growing relationship between Obi-Wan and Anakin. Yes, we know what happens to Anakin and his old mentor, but we don’t know all the pieces to the puzzle that lead up to it. That is where a series like this shines. Checchetto proved he is more than worthy to draw the iconic sci-fi property when he provided the outstanding artwork in Shattered Empire in 2015. Here he continues to provide eye popping artwork, proudly carrying on the high quality known in the Star Wars franchise. This is a great start to what I hope is a character building romp with equal parts lightsaber greatness.