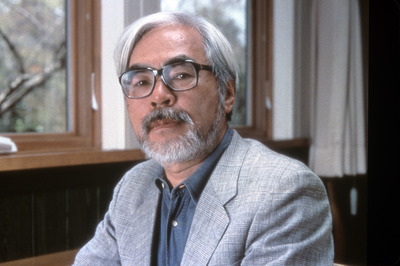 Yesterday, the news broke that the legendary Hayao Miyazaki, founder of Studio Ghibli, which has brought the world Spirited Away, Howl’s Moving Castle and more, has retired  from making feature length films. Check out the full article below, straight from Anime News Network:

Studio Ghibli President Koji Hoshino announced on Sunday that studio founder and world-renowned anime filmmaker Hayao Miyazaki will “retire from the production of feature-length films.” The announcement was made during a press conference at Italy’s Venice Film Festival, one of the three most prestigious film festivals in the world. Ghibli’s announcement does not rule out the possibility of Miyazaki working on shorter projects or other endeavors.

The 72-year-old director’s 11th and latest feature film, The Wind Rises (Kaze Tachinu), has been playing in theaters in Japan since July 20. The film was nominated in the competitive program at the Venice Film Festival, which is running from August 28 to September 7.

Miyazaki rose to prominence in the 1970s on such television anime series as Lupin III, Future Boy Conan, and Sherlock Hound. He directed his first feature film, Lupin III: The Castle of Cagliostro, in 1979. He then adapted the beginning of his Nausicaä of the Valley of the Wind manga into an anime film in 1984, before he and fellow director Isao Takahata founded Studio Ghibli.

With Ghibli, Miyazaki helmed the feature films Laputa: Castle in the Sky, My Neighbor Totoro, Kiki’s Delivery Service, Porco Rosso, Princess Mononoke, Spirited Away, Howl’s Moving Castle, Ponyo, and finally, The Wind Rises. He also co-produced Takahata’s directorial efforts and directed smaller projects such as the “experimental film” On Your Mark and Ghibli Museum Shorts such as Mei and the Kitten Bus and Mr. Dough and the Egg Princess.

Spirited Away remains the highest earning film ever at the Japanese box office, 12 years after it opened in 2001. It won the Academy Award for Best Animated Film in 2003.

In an interview on Japanese television channel TBS‘s Ō-sama no Brunch program, Miyazaki revealed that he is open to the possibility of a Nausicaä of the Valley of the Wind film sequel. However, he would leave such a hypothetical project in the hands of Nausicaä key animator and Evangelion director Hideaki Anno. Anno collaborated with Miyazaki and Ghibli on “Kyoshinhei Tokyo ni Arawaru” (Giant God Warrior Appears in Tokyo), last year’s live-action tokusatsu (special-effects) short, and he then voiced the lead role in Miyazaki’s The Wind Rises.