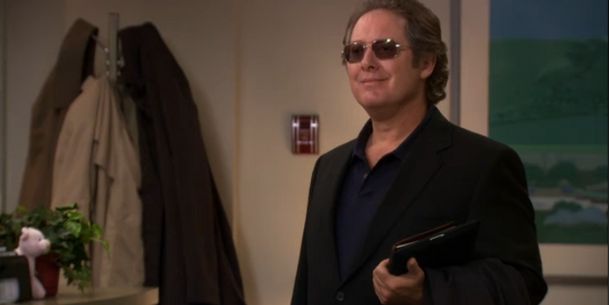 Sorry for the lack of updates, life has had its ups and downs lately.

Regardless, there has been tons of super hero movie news in the last few days: some good, some odd, and some disappointing. When I say disappointing, I am not talking about Ben Affleck. That’s later in this post, first up: James Spader as the murderous Avengers villain, Ultron.

That’s right, Robert California from The Office is set to play the main villain in the sequel to the Avengers, Avengers: Age of Ultron. Good move? Bad move? I’m okay with this casting decision. Spader can act, that isn’t a question. He has a way of getting under the audiences’ skin, and that is a great quality for a villain, am I right. I think Spader will knock it out of the park as Hank Pym’s deadly A.I. creation (yes, I know there is no Hank Pym in the sequel…sigh). Let’s jump to another tidbit of Marvel movie news: Guardians of the Galaxy.

Lately, Vin Diesel was the big question mark for the 2014 Guardians film, but it was made official that he will, in fact, be the voice and motion capture for everyone’s favorite tree, Groot. But last week, the film got another star: Bradley Cooper, who has officially signed on for arguably the most popular member of the Guardians, Rocket Raccoon. No, I am not being a smart ass: Rocket Raccoon and Groot are two of the most popular characters in the book, so the part is a big deal. For me, personally, I always thought Raccoon would sound more like a surely 007, but Cooper has constantly shown that he can steal the show.

Now, let’s address the red and blue elephant in the room: Ben Affleck.

WHY DOES BEN AFFLECK HAVE TO BE BATMAN?

I have said it many times, and honestly, I have said it because it’s funny to say. I have no problem with Affleck being Batman. Is he my first choice? No way. But neither was Heath Ledger for the clown prince of crime. Affleck is a good actor, and I think that he can pull it off. His Daredevil wasn’t horrible (the movie was, but blame the script writers for that), and I know Affleck knows exactly how important this role is. The DC cinematic universe is now on his shoulders. Speaking of the DC cinematic u, let’s talk about Luthor.

The word spread like a wildfire from outlets across the internet: Bryan Cranston is Lex Luthor. The Breaking Bad lead character is the ideal fit for the role, but it seems like this was just a rumor. Cranston shot down the rumor earlier in the week, stating that people link him to the role simply because he is bald. But it’s more than that. Cranston has shown that he can be an evil criminal mastermind, and it would be hard to find someone that can one up him.

Make it happen, DC. Because if you make a bald Channing Tatum your new Lex Luthor, I am out for good.