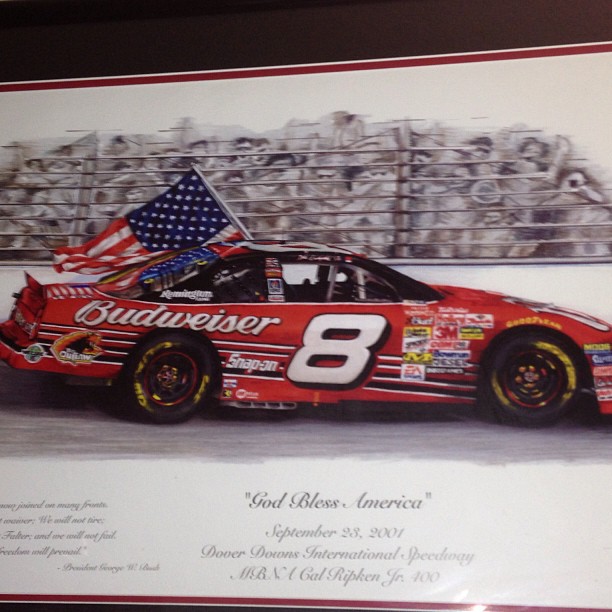 This Saturday, I got the horrible news that a good friend of mine, Dean “Dino” Estrada Sr, had passed away. Dino, as I have known him by since 2003, was an amazing guy and an amazing artist as you can see by the picture above.

I don’t like saying he passed away: my friend George posted it on his Facebook that Dino “went home with the lord” and that’s the way I want to say it. Dino went home after fighting cancer for years.

I was lucky enough to call Dino a friend. I met him during my graphic artist days. I would create logos for him, certificates of authenticity, and these cool “little books” (as Dino would call them: “we need more little books! Those things are awesome!”) that were like pocket portfolios. Dino was an amazingly talented guy, and his art was better than an actual photograph, way better. He had an eye for design: when we would work on stuff, I would always hear “maybe move it up JUST a hair” or “just a LITTLE bigger”, and that was cool, that was Dino. He knew what would look best, and he was right.

I got to know Dino and his two sons quite well. If you ever wanted to see a dedicated father, it was him. Everything he did was for his family.

Though I am still floored with sorrow, I know that he is pain free now. He went home with the lord.

Rest in Peace, Dino. This world will never forget you.